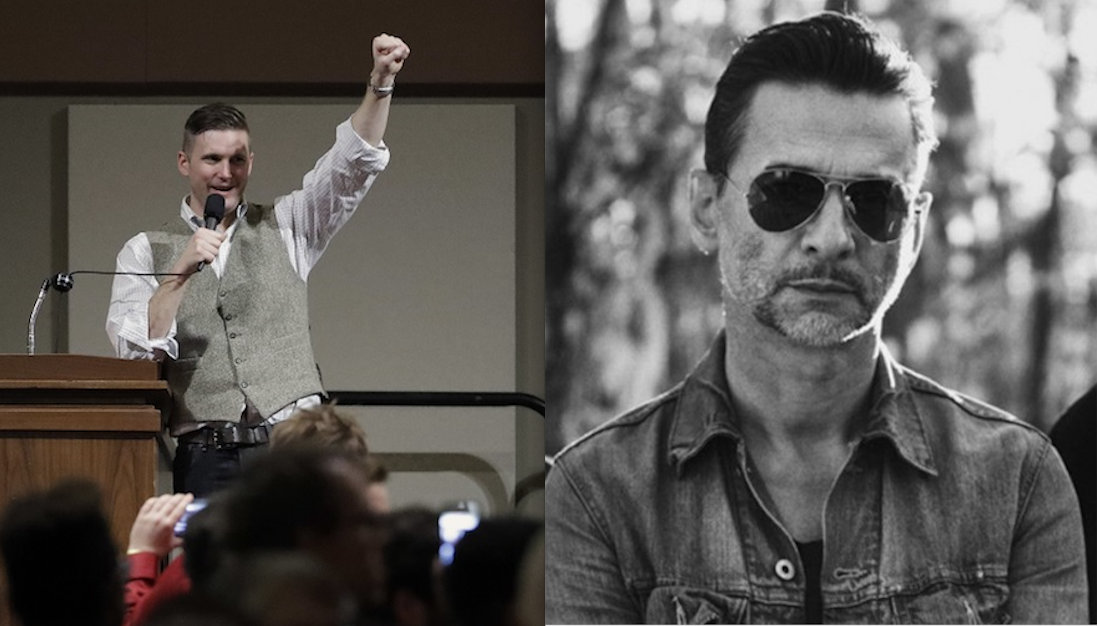 The New York Post has reported the latest regarding the band Depeche Mode’s response to hearing that Richard Spencer, the self-proclaimed Alt-Right founder and white nationalist. Spoilers: they aren’t amused.

Back in 1993, Depeche Mode singer Dave Gahan suffered a minor heart attack onstage during a show in New Orleans — brought on by an exhausting touring schedule and heavy drug and alcohol use.

But just a month ago, Gahan’s heart skipped a beat for an entirely different reason.

As the Brit band (who have sold more than 100 million albums during the past 37 years) was beginning to promote its new album, “Spirit,” white supremacist — and self-professed Mode mega-fan — Richard Spencer said that the electro-pioneers were the “official band of the alt-right,” in an interview at the Conservative Political Action Conference in Washington, DC, before being kicked out by CPAC organizers.

“My phone kept ringing and ringing,” Gahan, 54, tells The Post, still incredulous at the thought. “I had to tell everyone, ‘No, we’re not the official band of the alt-right.’ ” He’s recounting the story during an interview at the Avatar Studios in Hell’s Kitchen (formerly the Power Station) — where Madonna recorded “Like a Virgin,” and artists such as Springsteen and The Rolling Stones also made classic albums.

“I could understand some commie jumping on us because of our history and working-class background,” Gahan says. “But this was ridiculous.”

The band said as much in a polite but firmly worded statement distancing themselves from Spencer and his extremist politics. In person, Gahan is far less courteous.

“He’s a dangerous person — he’s well-educated and he’s using it to promote hate and fear. I saw the video of him getting punched [during protests at the inauguration of President Trump]; he deserved it.”

Well… That’s as clear as it’s going to get. Depeche Mode, officially not an alt-right band. Glad that’s settled.