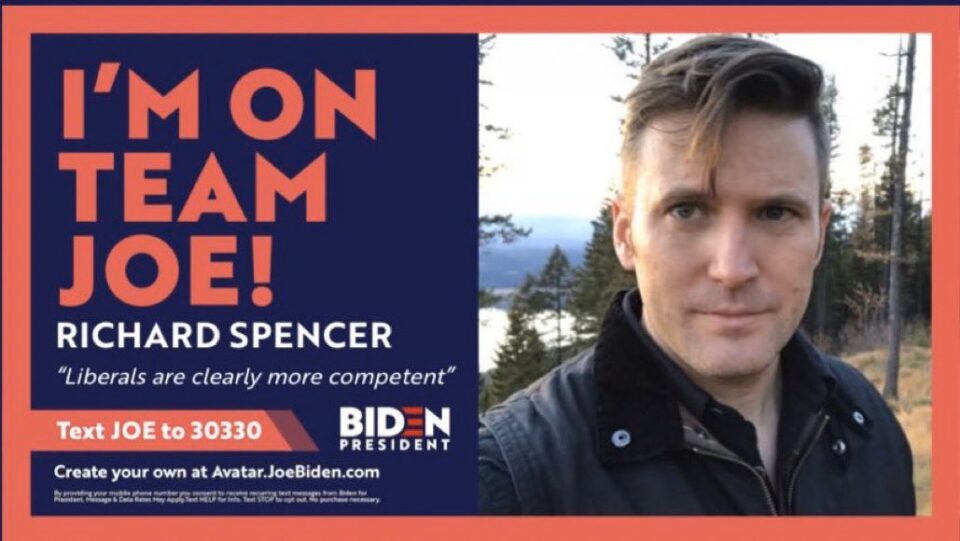 National Socialist and Unite the Right organizer Richard Spencer has taken to Twitter to announce not only his support for Joe Biden, but that he will be voting straight ticket Democrat.

I plan to vote for Biden and a straight democratic ticket. It’s not based on “accelerationism” or anything like that; the liberals are clearly more competent people.

Some people wrote it off as an attempted stunt to discredit Biden, while others claimed Spencer is just trolling.

Or have you considered he's trolling

Some folks replied back to Richard Spencer, stating that they didn’t want him on their team.

We don't even want you on our team.

But the way I see it, is that the Democrat Party in its current state (of disarray) is a good fit for people like Spencer.

He's simply picking the one that best represents his values ????‍♂️

What do I mean when I say that the Democrat Party best supports his values? Obviously, they don’t appear eager to have him. But Spencer voting in favor to advance the Left makes perfect sense. And if you were looking for an article that was about how the KKK was founded by Democrats a long time ago, this ain’t it. I’m talking about right now.

Although for different reasons, the far Left and Richard Spencer want some of the exact same things. These things are critical to people like Spencer, and the Left offers a much larger advancement towards a society of his preference than what the Republican Party under Trump can offer.

The first, of course, is Socialism. And the second? Racial segregation.

Spencer likely (and correctly) assumes that a Democrat administration will cave to the loud and vocal far Left demands. Apparently, segregation is coming back into style. It’s beginning with the demands for black only spaces and housing on College campuses at New York University. Similar demands are being made at Rice University. Such demands will flow into other places outside of Universities.

Also it’s important to bear in mind that Spencer not only wants a government that will fold to these voices, but wants a better organized government than what we see in the Trump Administration that is regularly reshuffling the cabinet.

To people like Spencer, it is much easier to allow the Left to build a “framework” that is desirable to his world view. Especially since people like himself surely won’t be allowed to be the ones to build it. Spencer simply envisions that he and like-minded people can take it later, after those who are allowed to build a socialist and segregational framework do so under a steadier government that allows it.

After all, not even a year ago the idea of Defunding the Police or even Reparations would have been scoffed at. Now those are things being considered by local governments. And Spencer is voting straight ticket Democrat, including his local elections. He knows the urban Democrat run cities will fold to the protesters.

To Spencer, the woke crowd are useful idiots that have the momentum to provide a means to his end, regardless of whether their reasons (racial beneficiaries) align. 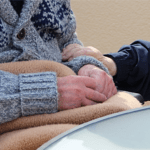 Do Covid Lockdowns Hurt Those Most Vulnerable? 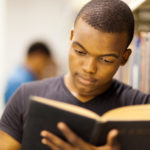 How Getting a Master’s Degree Improves Your Nursing Career