Former Detroit Pistons and Chicago Bulls star Dennis Rodman is reportedly on his way back to North Korea.

Rodman is expected to arrive in Pyongyang Tuesday, two North Korean officials told CNN. The purpose of his visit is unknown, but the U.S. Department of State says he is not there in any official capacity.

Rodman, nicknamed “The Worm,” has visited North Korea at least four times and has met Supreme Leader Kim Jong Un, who he previously called a “friend for life.”

The young dictator and the former star athlete bonded over a mutual love of basketball, something Kim likely inherited from his father. Rodman has referred to his trips to the reclusive communist country as “basketball diplomacy.” He has repeatedly come under attack for his trips to the hermit kingdom, and he has never been entirely transparent about their purpose.

Rodman, who was inducted into the Basketball Hall of Fame in 2011, will visit North Korea at a time of heightened tension between Pyongyang and Washington, D.C. The North has tested over a dozen missiles this year, including multiple new weapons systems, and the country appears to be on the fast track to developing an intercontinental ballistic missile, something President Donald Trump has said “won’t happen.” 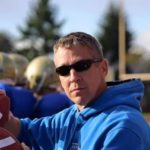 A School District Fired This Coach For Praying, Now He’s Fighting Back 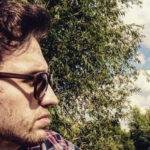 E3 Game Developer Gets Flamed On Twitter For Not Being Feminist