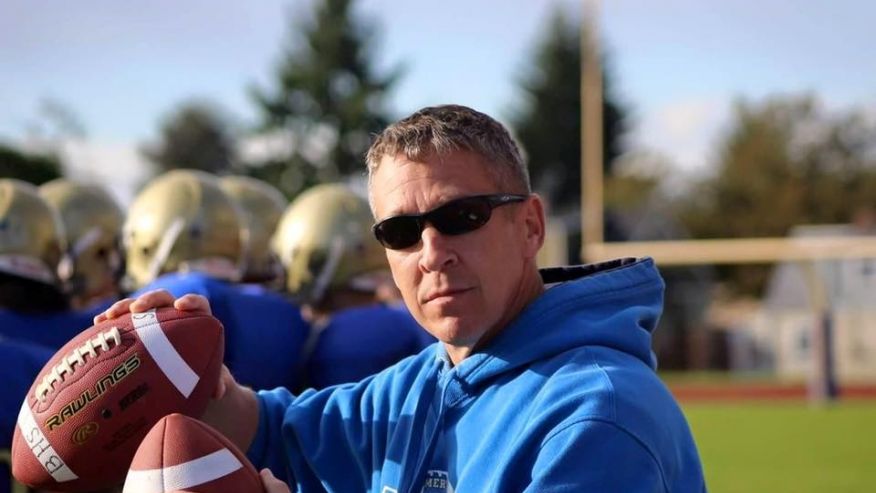 Thirty seconds or less – that’s all the time it took to cost Joe Kennedy his high school coaching job in Bremerton School District in Washington, all because of the silent prayers he offered on the field after games, and now he’s fighting back in a case that will end in a landmark decision for First Amendment rights.

Kennedy appealed the ruling, and Wednesday the U.S. Court of Appeals for the Ninth Circuit heard oral arguments for his case.

Bremerton School District placed Kennedy on administrative leave in 2015 and then refused to renew his coaching contract when he declined to obey a directive from the school that forbade him from praying on the field or exercising his religion in any way that would be visible to students. He had been leading the silent prayers since 2008.

Kennedy filed a lawsuit against the school in 2016, with the First Liberty Institute as his legal counsel, but a federal district judge ruled in favor of the school district. Kennedy’s case caught the attention of then-presidential candidate Donald Trump, who denounced the school’s decision.

Jeremy Dys, deputy general counsel for First Liberty Institute, says the crux of the issue is legal confusion over the requirements of the First Amendment.

“There’s a disagreement in the law right now, and it’s going to be up to the courts to figure out exactly how do we allow this thing to go forward or not,” Dys commented to The Daily Caller News Foundation. “What does the first amendment require? Does it require an employer to respect the religious beliefs its employee and accommodate them where possible? And is it an undue hardship for an employer to allow an employee like coach Kennedy to take 15 to 30 seconds to take a knee on the field and offer a silent prayer? Or does it require them to send them off into the press box or class room or something like that — out of sight and out of mind of everybody else in order for that accommodation to be met? That’s what is in front of the court right now.”

Kennedy, Dys says, is more than willing to comply with the school’s request that he cease other activities, like the inspirational talks he gave after games. In return Kennedy, who served in the Marine Corps for over 20 years and is a veteran of Operation Desert Shield, only wanted time to pray silently by himself at the end of the game. Dys said the school district would not agree to Kennedy’s request, and even went so far as to refer to Kennedy as a “teacher plus,” meaning that the First Amendment would require more scrutiny of him than it would of other teachers.

Dys said that ultimately Kennedy is asking for 15 to 30 seconds to take a knee on the field after games to offer a silent prayer.

“I am grateful for the opportunity to have the court review this case,” Kennedy said during oral arguments Monday. “I fought in the Marines for our freedom. I never thought I’d have to go to court to protect my own. My hope is that, at the end of the day, the court will let me get back to the sidelines and back with my team.”

While Kennedy wants only to return to his coaching job and be afforded time for prayer, Dys says there is more at stake in this case for all Americans, given the memo that the school district sent to Kennedy forbid him from any “demonstrative religious expression in public.”

The school district forbade Kennedy’s religious expression for fear that it constituted a violation of the First Amendment’s Establishment Clause. A school administrator initiating or participating in religious activities with students would likely be seen as a violation for which the school would be held liable, the district said in a letter to Kennedy.

“But it is not required of a school district to pound down every potential establishment clause violation at the expense of the free exercise clause which permits and protects coach Kennedy’s right to be able to take a knee and offer a 15 to 30 second silent prayer on the field,” Dys said. “And so, in their zeal to make sure that they were not held liable to an Establishment Clause violation, they’ve not only violated the First Amendment’s Free Exercise Clause, but they’ve also violated federal employment law, Title 7, which requires them to accommodate an employee’s religious beliefs so long as doing so does not cause an undue hardship upon the employer.”

Dys says he can not imagine allowing Kennedy his time to pray on the field imposes any hardship.

The Ninth Circuit will now take time to review arguments presented Wednesday, do analysis and research, and issue an opinion within a couple months, according to Dys.

Dennis Rodman’s On His Way Back To North Korea