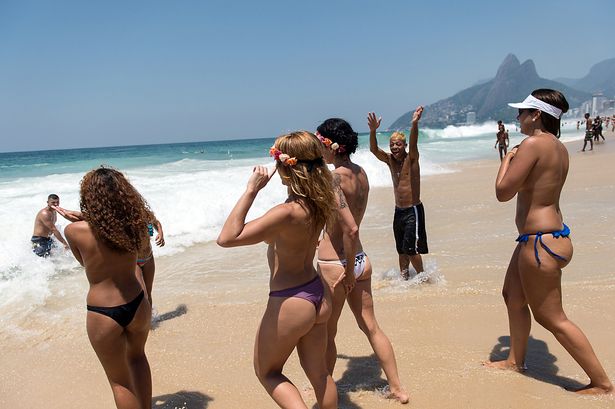 4 Republican Legislators in NH Need A Lesson in Small Government

A bill was recently introduced in the New Hampshire legislature by four Republicans to increase conditions under which someone may be charged with a misdemeanor for indecent exposure.

A person is guilty of a misdemeanor if:

(a)  Such person fornicates, exposes his or her genitals, or performs any other act of gross lewdness under circumstances which he or she should know will likely cause affront or alarm

The additional language being proposed:

(b)  Such person purposely exposes his or her anus or, if a woman, purposely exposes the areola or nipple of her breast or breasts in a public place and in the presence of another person with reckless disregard for whether a reasonable person would be offended or alarmed by such act.

To sum this up: in New Hampshire, it is currently legal for both men and women to expose their upper bodies and their areolas or nipples in public places. This is most frequently seen at beaches or in other public swimming areas. These four male Republican State Representatives from New Hampshire wish to add something to a law, charging just women with misdemeanor indecent exposure if they show off a body part that men have too.

Let that sink in for a moment. I like to think we live in a country and a time when men and women are equal before the law — in fact, that is the single biggest argument I hear against my feminism from other people. So, why exactly are we regressing backwards? Why are we actually, seriously considering laws that treat one gender differently than another? My goal is to abolish unequal laws, not create new ones.

It’s bad enough that these Republicans, representing the party of lip-service to small government, are seriously trying to pass this legislation, but on top of that, drama ensued when a liberty-loving Free State Project participant and Democratic legislator, Amanda Bouldin, posted her dissent on Facebook and one of the bill’s sponsors had to go a little further.

“If it’s a woman’s natural inclination to pull her nipple out in public and you support that, then you should have no problem with a mans [sic] inclantion [sic] to stare at it and grab it. After all… It’s ALL relative and natural, right?”

Men can legally stare all they want at a woman’s body in public if they choose, but grabbing another person’s body without their consent is assault and is not okay. It’s far from being comparable to a woman’s exposed nipples offending his delicate sensitivity. 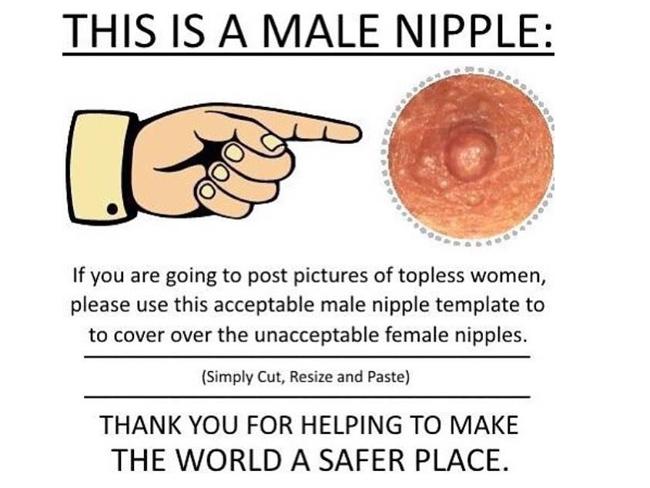 Representative Moore doesn’t seem to get how liberty works, which is an unfortunate thing to learn, because the New Hampshire Liberty Alliance gave him (and Bouldin) an A+ in their legislator index.

Perhaps the NHLA could improve upon its rating system in the future to weed out people who don’t seem to grasp fundamental liberty concepts such as legislating against things that offend you is not liberty at all. In the meantime, hopefully reasonable Republicans will kill this bill, as Representative Bouldin has requested.

To those who’ve been demanding an apology of Rep. Moore @thekingomman or Rep. @Al_Baldasaro – I don’t need that. Just kill the bill.