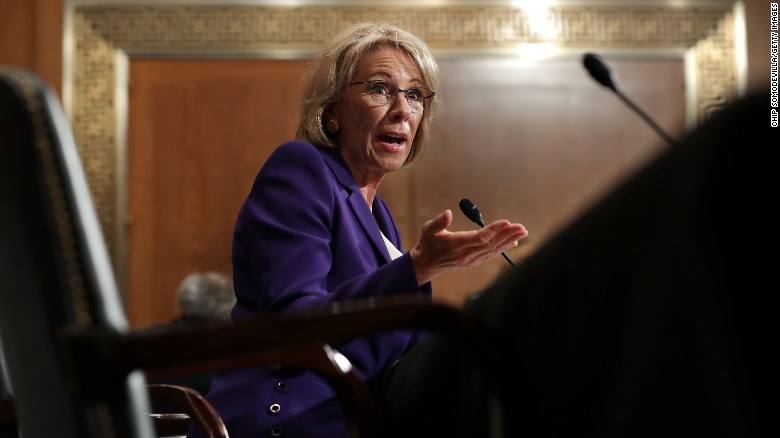 Democratic Senators remain unanimously opposed to Secretary of Education nominee Betsy DeVos, a move that could very likely force Vice President Mike Pence to break the tie, according to a Wednesday report from Politico.

Republicans hold a two-seat majority in the Senate, but Sens. Lisa Murkowski and Susan Collins, both Republicans, announced they would not support DeVos. The final tally is a 50-50 vote if all other Democrats and Republicans vote along party lines. That conflict clears the way for Pence to break the tie, officially confirming DeVos for the position in the Senate.

Not only would the vote be Pence’s first tie-breaking vote, it would be the first time a vice president was forced to break a tie for any cabinet appointee, according to Politico.

SEALs Knew ‘They Were Screwed From Beginning’ In Fatal Yemen Raid, Went Into Battle Anyway

Theresa May SMACKS DOWN Anti-Trump Socialist In Parliament