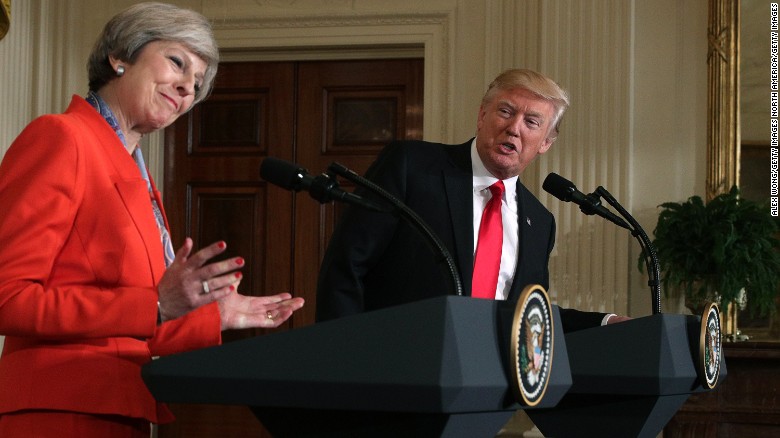 Labour Party leader Jeremy Corbyn went after Trump during the Prime Minister’s Questions (PMQs) Feb. 1. He insisted that Trump has “incited hatred against Muslims” and pushed for May to withdraw the invitation for Trump to visit.

“President Trump has torn up international agreements on refugees, he’s threatened to dump international agreements on climate change, he’s praised the use of torture, he’s incited hatred against Muslims, he’s directly attacked women’s rights,” Corbyn said. “Just what more does President Trump have to do before the prime minister will listen to the 1.8 million people who’ve already called for his state visit invitation to be withdrawn?”

The room became raucous when May pointed out all the things Corbyn wouldn’t have been able to accomplish if he were prime minister.

May and Trump met in late January and held a press conference at the White House. She also gave a speech at the GOP retreat in Philadelphia, where she vowed to work with the U.S. to fight Islamic terror.

The petition calling for Trump’s visit to the United Kingdom to be cancelled currently has well over a million signatures; 100,000 signatures are required for a petition to be debated in Parliament.

.@Theresa_May is on the wrong side of history. She must withdraw her invitation of a state visit to Donald Trump. #PMQs #MuslimBan pic.twitter.com/JevHiwZfHZ

Over 1 million people have signed. @theresa_may we will not back down, cancel state visit and condemn the #Muslimban https://t.co/ySphksOliV

PMQs are held every Wednesday and give members of parliament 30 minutes to question the prime minister.