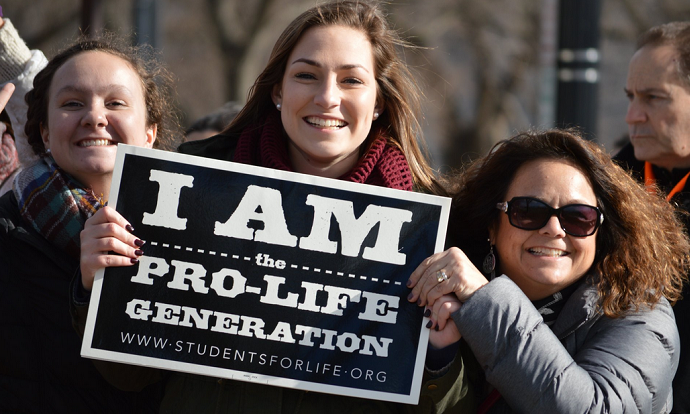 So far this year, six states have passed legislation to restrict the abortion procedure.

For every action there is a reaction. When the pendulum swings one direction, it will swing the other. The emergence of these laws being passed is a response to New York and Virginia’s extreme legislation allowing an abortion during delivery. That is never a medical necessity, and you have a completely viable baby by anyone’s standards at full term.

Alabama just signed into law a total ban on the procedure outside of medical necessity.

Missouri, as well, just passed a heartbeat bill, which appears to be the straw that broke the camel’s back on Social Media. With the passage of Missouri’s bill, the rest of the country has lit up the internet.

If you have spent any time on Facebook or Twitter, you’ve seen posts about the topic and arguing in the replies.

The most recent data (2018) from Gallup indicates that this topic does not have a functional minority. 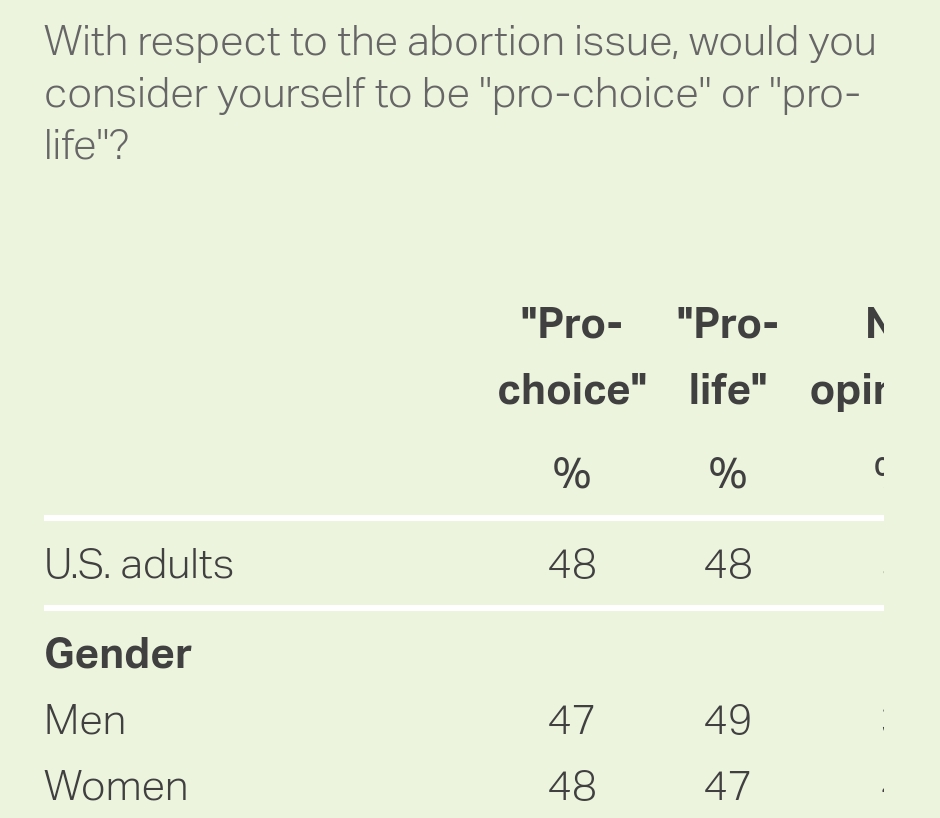 The margin of error is +/- 4 points, so these numbers are close enough together that we can safely assume an even working split with both men and women.

Half of all women are being marginalized. They’re being told to shut up or are being ignored completely; as if they’re a fringe minority and not real women. Their voices are falling on the deaf ears of people supposedly fighting for their interest.

So I asked Pro Life Women. I sought them out and I heard them. I ask you to hear them too.

“Using your young daughters as political props in favor of abortion seems a little disingenuous when you tell pro-life women that you hope our daughters are raped because we disagree with you. As does pretending to care about women who miscarry when you call their babies “parasites” and “clumps of cells”. Also that whole thing about supporting the abortion of those very same daughters if they were just a tad bit younger.”

“I’m pro-life because I believe everyone, including the unborn, has the right to live. I believe they are just as much a human being before birth as they are after.

I’m frustrated by the fact that many pro-life advocates have made the issue a religious one, rather than one based in science and human rights.

But I’m even more disturbed by the SJW’s strawman narrative that the pro-life movement is solely made up of old white men who want to outlaw birth control and give the death penalty to those who miscarry.”

“I’m tired of men (liberal men) telling me my opinion is wrong. I’m tired of being shamed by other women for being pro-life…..when I have NEVER shamed a woman for having an abortion (Outside the celebrities that brag about theirs).”

“I believe all human beings deserve the chance to live, be loved, and pursue their purpose. I believe in the humanity of the unborn.”

“One of the big arguments I get from the pro-choice group is that we already have kids that are living in poverty and foster care. At some point we have to admit that it is NOT better to be dead rather than poor.”

“When my mother found out she was pregnant with me, she was about 5 months in. She was 39 so she thought it was just menopause. She was RH negative, I was positive, and her blood was trying to kill me. They told her there was a chance I would be born a vegetable. Or just with hearing damage. Glad I got the chance to find out which.”

“I was pro-choice up until about two years ago. I thought the choice to kill should be available to a woman if her life is at risk because of a pregnancy. I came to think that was pretty selfish. I am normally selfish but to think it’s ok to a kill my baby to save myself is just too much. The rationalizing of abortion became invalid to me.”

“All human life should be cherished, even the unborn.”

“It baffles me that I am portrayed as being evil for wanting to protect life.”

“I am pro life- and have been since I became aware of Roe v  Wade in 1973. It is not just a faith issue for me- it is one of the intrinsic worth of human beings and the fact that we have a right to life enshrined by Natural Law as enumerated in the Declaration of Independence. I grew up with a special needs brother and am the better for it.  My husband and I donate to help mothers and children in distress, we adopted our sons, and help to raise our grandson. I truly believe what is going on with abortion is nothing less than infanticide, and I will have no part in being complicit.”

“Abortion on demand is oppression disguised as empowerment.

Stop telling women they can’t have children and a career and start telling them they’re capable of both.”

“I am pro-life because I believe life begins at conception and therefore human rights begin at conception.  I believe we have a duty to speak up for those who have no voice. They deserve to live.”

“My son is adopted. He was conceived in rape and incest. When we were afforded the opportunity to adopt him, there was never a moment’s hesitation. This is how we felt about all babies–all of them are wanted by someone.

I’ve heard all kinds of words being said. The nicest is that they are “unwanted”. The cruel words are “rape fetus”, “monster”, “not intended by God”. And yet, I look at my son who is beautiful, smart, and perfect in every way, and I see a blessing.

“I have been pro life, but used to think that a woman should be able to get one before a fetus is viable as long as no taxpayer money goes towards abortions. Then my friend had an abortion and I found out she used absolutely no form of protection or contraception. Why should an innocent being have to be killed because people are irresponsible? I think I read that 99% of abortions performed as a means of birth control. Abortions were supposed to be rare, even Bill Clinton is quoted as saying that. I wish people would realize sex is a big deal and be more responsible about the consequences of it.”

“From a purely logistical perspective, a baby born at 22-23 weeks today has at least a shot at survival. Even as recently as a decade ago, death would have been almost imminent.

I’m uncomfortable with a human’s perceived value or worth being even partly contingent on available science and technology.”

“I am a pro life libertarian. Life begins at conception and one of the few things government is suppose to do is protect life. Those who claim otherwise seem to be conflating anarchism with libertarianism.”

“I was raped at 16 and never did I ever think that abortion was a way out.

My childhood was broken, no father figure in my life, multiple men, not a Christian. I knew that abortion, even at 6 weeks was not an option.

My only options were to carry my child and raise him or put him up for adoption.

He is now on a full ride to his college choice, in his 3rd year majoring in biology to become a genetic counselor.”

How will a second Trump term impact US gambling laws?

Why the Founders Wanted You to Own Military-Style Weapons