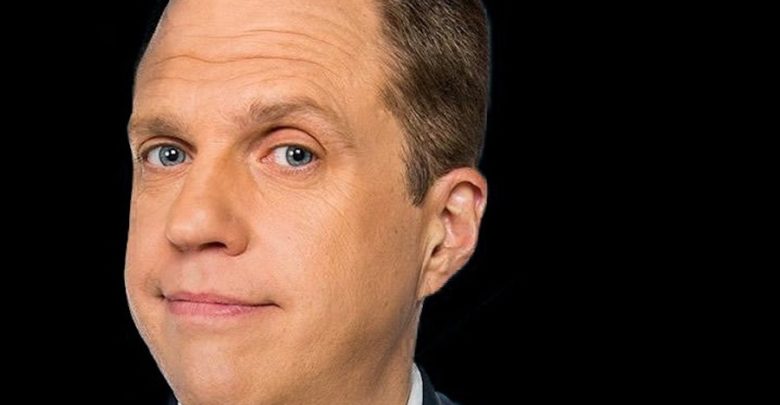 Michael “Doc” Thompson, popular conservative political commentator and longtime host of “The Morning Blaze” was killed Tuesday afternoon after being hit by an Amtrak train in a tragic running accident in Haltom City, Texas. He was 49.

Witnesses and the train crew said he was jogging alongside the tracks in the 2000 block of Carson Road about 3:45 p.m. when he was hit by the passing train.

A pair of wireless earbuds was found at the scene, but it was not clear if Thompson had been wearing them, police said.

No one on the train was injured

It is believed that Thompson had his earbuds in as he jogged alongside the railroad tracks and couldn’t hear the coming train that took his life. According to Brad Staggs (Doc’s co-host) and Ron Phillips, (Producer at MoJo 5.0 Radio) Doc went for a run which was a regular activity of his that he hadn’t done in about three weeks because of the weather. They were scheduled to have a company meeting later that evening and Doc was nowhere to be found. Phillips ended the company meeting early because everyone was worried and several of his employees went to search for him when they later discovered the tragedy.

Thompson was the host of “The Morning Blaze” on Blaze Media from 2013 until last year, when he left the show to start his own production company, MoJo 5.0 Radio.

Glenn Beck, Founder and owner of Blaze Media and a friend of Thompson had this to say about his passing, “He was the ultimate entrepreneur,” Beck said during his show Wednesday morning. “He left us to start his own business. He loved new businesses and because of Doc, many businesses are flourishing because he would take them under his wings.

“He just always had a positive attitude and a can-do spirit,” Beck added. “And we are devastated as a family and devastated for his family.”

Kris Cruz, Thompson’s former producer at The Blaze, credited the TV/radio personality for launching his career in radio. Cruz said he first met Thompson in 2014 when he was awarded as Thompson’s “MostValuableTweeter.” A short time later, Thompson offered Cruz a job producing his show.

Cruz said one of the things he would always remember about Thompson was his wonderful sense of humor.

“He was always pushing the envelope,” Cruz said with tears streaming down his cheeks. “When me and Jeffy [Fisher] got the call [about his death], we thought he was about to release something or pulling a fast one on us.”

“He was the real deal,” Cruz said.

Much love and support for Doc and his family has been displayed on all social media platforms today. A GoFundMe page has been set up to raise money for Doc’s family during this difficult time.  At the time of this article it has raised $62,172 help with the family’s expenses, it was said that Thompson put all his money in his company.

Doc leaves behind his wife, Yuna, and three children, Tiger, Cubby, and Wythe. Thompson’s family, whom he loved dearly, lived in Bentonville, Arkansas, while he commuted every week to the Dallas-Fort Worth area for his radio show. Funeral arrangements are pending.

Virginia is Burning: Democratic Leadership is Riddled With Racism and Sexual Allegations

Mexican President Fighting Illegal Immigration To US By Lowering Taxes