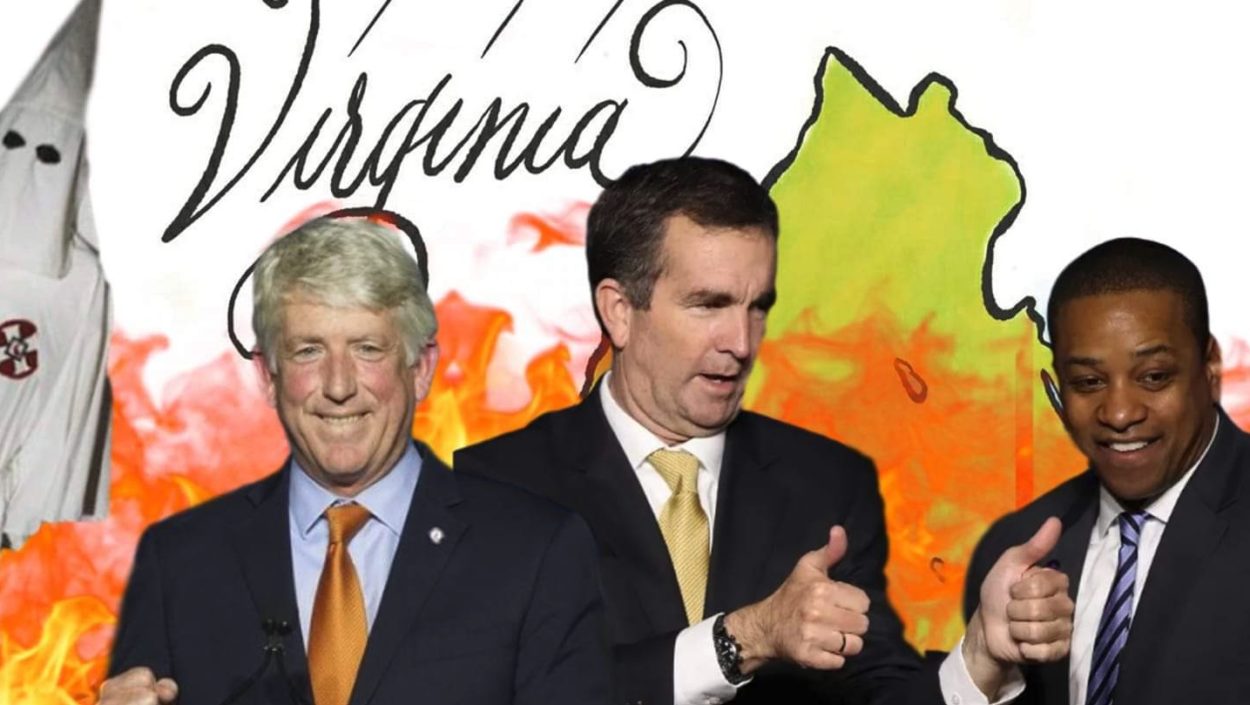 It seems political leadership in the state of Virginia is in a rather disastrous state of affairs ridden with scandals galore. After Governor Northam’s controversial statements regarding abortion and the discovery of his school yearbook picture in which he was painted in blackface which lead Democrats to demand his resignation. It has been discovered Northam isn’t the only one in Virginia politics with a shady past.

Lieutenant Governor Justin Fairfax (D) is facing allegations of sexual assault from Dr. Vanessa Tyson, who claims Fairfax forced her to perform oral sex on him while they went on an errand to retrieve some documents from his hotel room. Tyson claims the two exchanged a consensual kiss, but then Tyson forced himself on her after she said she didn’t want to engage in sexual activity.

Fairfax issued a statement on Twitter denying the allegations.

In addition to this, Virginia’s Attorney General Mark Herring came out and admitted that he, like Governor Northam. had also dressed in blackface. Herring claimed he was dressing as a rapper for a college party in 1980.

“That conduct clearly shows that, as a young man, I had a callous and inexcusable lack of awareness and insensitivity to the pain my behavior could inflict on others,” said Herring in the statement. ” … This conduct is in no way reflective of the man I have become in the nearly 40 years since.”

“It’s a mess,” said state Sen. Lionell Spruill (D-Chespeake) to the Washington Post as he emerged from the attorney general’s office building shortly before 11 a.m.

“In the days ahead, honest conversations and discussions will make it clear whether I can or should continue to serve as attorney general, but no matter where we go from here, I will say that from the bottom of my heart, I am deeply, deeply sorry for the pain that I cause with this revelation,” Herring said in the statement.

The Republican Party of Virginia has called for Herring to resign.

“The Republican Party of Virginia calls on Mark Herring to resign his post as Attorney General. Like we have had to say too many times this week, racism has no place in Virginia and dressing up in blackface is wholly unacceptable,” RPV Chairman Jack Wilson said in a release.

Virginia Speaker of the House Kirk Cox said the revelations against and admissions by the leaders of the executive branch are “disturbing.”

As this story continues to develop it begs the question, is there anyone in the Democratic Party of Virginia who hasn’t dressed in blackface and or KKK robes or been accused of sexual assault? It’s also quite interesting considering that Democrats are all to often the ones who accuse their political opponents of being racist or a rapist even at the hint of sexual assault allegations, due process be damned.

It seems that this culture of guilty until proven innocent that progressives have created is beginning to eat the Democratic Party alive in the state of Virginia as Jason Buttrill of Blaze Media observed, quote, “When you get a live look at a parties platform of virtue signaling, imploding for the entire country to see: Virginia Gov wants to kill newborn babies and likes to dress up in blackface, the Lt. Gov is facing sexual assault charges, and the AG also likes to dress up in blackface.”

Democrats Released Their Green New Deal. Here’s How People Are Reacting To The Rollout