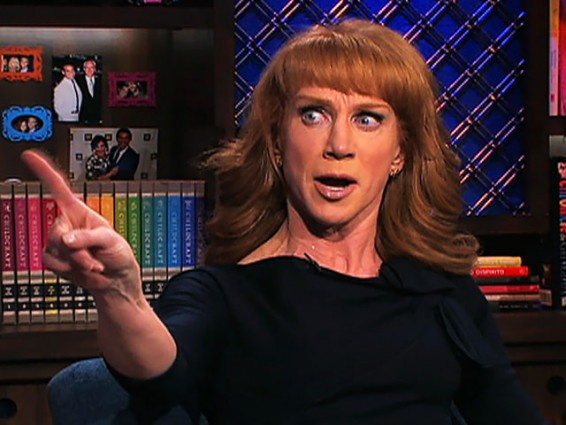 Following the ludicrous and distasteful stunt by “D-list” comedienne Kathy Griffin, the public pressure had been mounting for CNN, who had hired Griffin to host a New Year’s Eve show, to end the relationship.

We are just over 24 hours removed from the time that Griffin decided to post images from a photo shoot which depicted her holding the bloodied and decapitated head of President Donald Trump, and the public outrage, which runs the gamut of the political spectrum (including the Church of Satan), has been loud and vociferous. Many compared the image to those which may be released from media outlets that represent the Islamic State.

Unfortunately for CNN, this also created a major PR problem for them, as they have contracted Griffin to co-host a New Year’s Eve alongside CNN host Anderson Cooper. Many, in their disgust of the situation called upon CNN to address the situation and now it appears they finally have.

According to CNN’s official communications twitter page, the media organization has cut ties with the “funny lady,” stating that they have “terminated” the agreement to have Griffin appear on the New Year’s Eve program.

CNN has terminated our agreement with Kathy Griffin to appear on our New Year's Eve program.

While it is true that the imagery presented by Griffin is an act of free speech, that only protects her from the punishment of government action against her. It does not protect her from the market place of ideas, which has prove, this was a bad one. Looks like she may have to move down a letter grade to the “F-list.”

Attempted Break-in of Cockpit Turns a Malaysian Airlines Flight Around