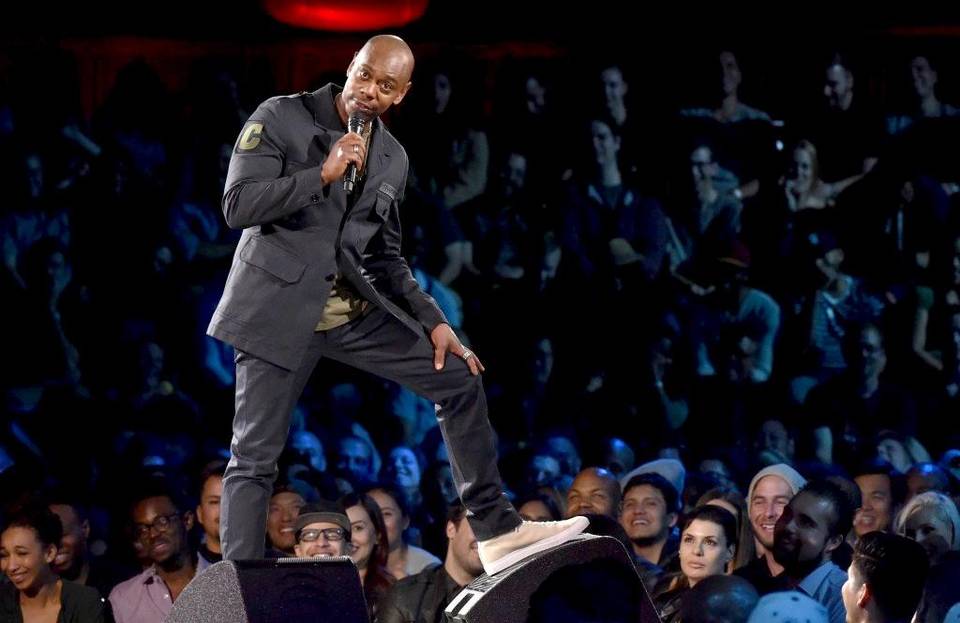 Comedian Dave Chappelle’s new Netflix two episode series, “The Age of Spin: Live at the Hollywood Palladium”  and “Deep in the Heart of Texas: Live  at Austin City Limits,” were released on Tuesday, and the left is already in an uproar calling the comedy shows “homophobic” and “transphobic,” for jokes about the two areas in the LGBT sphere, reports the Charlotte Observer.

From the Charlotte Observer:

There was a backlash by viewers toward his jokes about the LGBTQ community and his comments on transgender issues. There was also a strong reaction toward the comedian’s discussion of Bill Cosby’s sexual assault case.

The viewers took to Twitter to express their displeasure.

But Chappelle's material was homophobic and transphobic and involved rape culture. I've grown too much not to speak up about it now.

All the vitriol in the Chappelle’s direction has once again started the debate over what is acceptable material in the comedy world. It has also reopened the questions about comedy’s role in breaking down barriers of controversial topics with humor.

In fact it is exactly this debate, or more so the shutdown behavior of those who disagree with the humor, which has led many comedians to say that they will no longer perform at certain venues such as universities or colleges.

Fortunately for Chappelle, it wasn’t all negative for him on social media, as fans came to his defense, with one person saying his comedy was “refreshing” due to his willingness to poke fun at all groups and identities.

Dave Chappelle's comedy is refreshing.. I miss people saying whatever they want.

Whatever the outcome for the already successful comedians Netflix series, it’s a safe bet that the social justice warriors will continue their outrage toward comedy.

Hopefully at some point everyone realizes it’s okay to laugh every once in awhile, and that real comedy depends on that notion.

LIST: America’s Most Innovative States. Where Does Yours Fall?