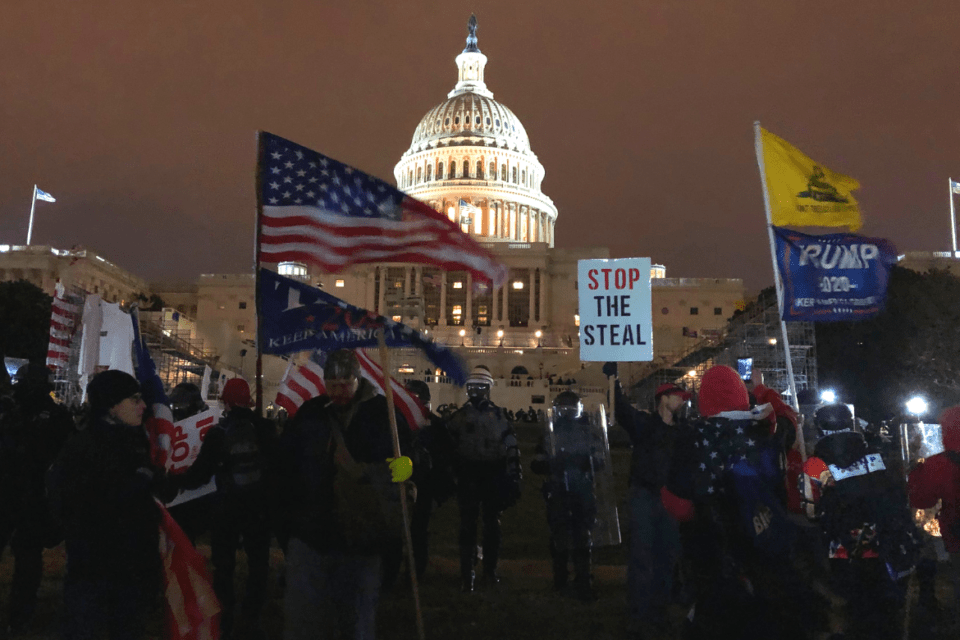 Two police officers filed a lawsuit against former President Donald Trump Tuesday for injuries sustained during the Capitol riot on Jan. 6, according to court documents.

Capitol Police Officers James Blassingame and Sidney Hemby allege in the suit that Trump incited a mob to storm the Capitol building which resulted in physical and emotional injuries. The officers are requesting $75,000 in compensatory damages and an unspecified amount in punitive damages from Trump, according to the complaint.

“The insurrectionist mob, which Trump had inflamed, encouraged, incited, directed, and aided and abetted, forced its way over and past the plaintiffs and their fellow officers, pursuing and attacking them inside and outside the United States Capitol, and causing the injuries,” the suit alleged.

Hemby, 59, suffered injuries to his left hand, knee, back and neck after being hit with objects and sprayed with chemicals, the suit said. The complaint also said Hemby was crushed against a metal door at the eastern entrance of the Capitol building while attempting to fend off the mob.

“He [Hemby] was bleeding from a cut located less than an inch from his eye. He had cuts and abrasions on his face and hands and his body was pinned against a large metal door, fending off attacks,” according to the complaint.

Blassingame, 50, suffered injuries to his spine and head after battling rioters on the first floor of the Capitol building where he and other officers were struck with fists as well as weapons, including flagpoles and stanchions, and was pinned against a stone column, according to the suit.

Blassingame eventually unpinned himself and moved towards Republican Rep. Steve Scalise’s office to aid in evacuating congressional members, the suit said. Mob members allegedly shouted racial slurs at Blassingame, who is black, calling him the n-word throughout the attack, according to the complaint.

“It was not clear to him [Blassingame] on January 6 that he would survive to make it home,” the suit said.

“He is haunted by the memory of being attacked, and of the sensory impacts–the sights, sounds, smells and even tastes the attack remain close to the surface. He experiences guilt of being unable to help his colleagues who were simultaneously being attacked; and of surviving where other colleagues did not,” according to the complaint.

Hemby continues to undergo physical therapy as a result of the injuries sustained during the attack, and often wakes up in a state of hyper awareness, according to the suit.

At least 65 out of the 81 officers attacked by the mob have suffered injuries from the attacks, according to The Washington Post. Officer Brian Sicknick died on Jan. 8 from injuries he received during the riot.

Blassingame and Hemby’s complaint marks the third major lawsuit launched against Trump following the Capitol riot, CNN reported. Democratic lawmakers have filed two out of the three lawsuits against the former president.