If the court permits the delay, the public won’t be able to read the communications until October 2018, about 22 months into her prospective first term as President. The four senior Clinton aides involved were Deputy Assistant Secretary of State Michael Fuchs, Ambassador-At-Large Melanne Verveer, Chief of Staff Cheryl Mills, and Deputy Chief of Staff Huma Abedin.

The State Department originally estimated that 6,000 emails and other documents were exchanged by the aides with the Clinton Foundation. But a series of “errors” the department told the court about Wednesday evening means the total has grown to “34,116 potentially responsive documents.”

During Clinton’s four years as American chief diplomat, her aides communicated with officials at the Clinton Foundation and Teneo Holdings where Bill Clinton was a paid consultant, on the average of  700 times each month.

David N. Bossie, president of Citizens United, which requested the documents under the Freedom of Information Act, called the delay “totally unacceptable” and charged that “the State Department is using taxpayer dollars to protect their candidate Hillary Clinton.”

“The American people have a right to see these emails before the election,” Bossie told the Daily Caller News Foundation.

U.S. District Court Judge Rudolph Contreras, an Obama appointed judge, had previously ordered the State Department to release all documents by July 21. But Department of Justice lawyers informed Contreras Wednesday night that “the [State] department discovered errors in the manner in which the searches had been conducted in order to capture documents potentially responsive to plaintiff’s request.” The motion was filed by Justice Department attorney Joseph Borson on behalf of the State Department.

Borson also provided new details about how few resources the State Department has devoted to 106 separate Freedom of Information Act requests that are pending before it, many of them ordered by federal judges. Only 71 “part-time” retired foreign service officers are being used to review all of the pending FOIA requests.

Borson also revealed that despite the large number of requests seeking information about Secretary Clinton’s ties to the Clinton Foundation over the last two years, the Obama administration has not requested additional funds for reviewers.

The amount budgeted has remained at about $16 million over the last several years, according to the Justice Department. The department claims with its current workforce, it would only be able to release 500 documents each month.

The FBI has a “public corruption” probe underway investigating whether Clinton used her position to benefit or recruit donors to the Clinton Foundation.

Bossie told TheDCNF that “the conflicts of interest that were made possible by the activities of Hillary Clinton’s State Department in tandem with the Clinton Foundation are of significant importance to the public and the law enforcement community.”

In addition to the Clinton Foundation, Citizens United requested documents between the four aides and Teneo Holdings, the firm created by Doug Band, Bill Clinton’s personal aide in the White House and thereafter as a former chief executive. The former President was a paid consultant to Teneo until 2012.

Huma Abedin simultaneously served as an employee for both Teneo and as deputy chief of staff to Clinton at the State Department in 2012, an issue which Congress has raised as a key conflict of interest.

Mills, Clinton’s chief of staff also worked at the Clinton Foundation and the Clinton Global Initiative while she served at the State Department. 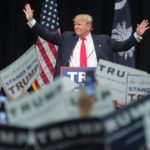 How Trump Could Be Pocketing His Own Campaign Money 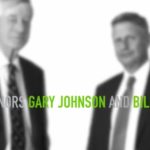