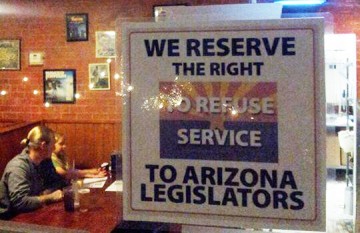 TUCSON, AZ–A recent case in Arizona has been making headlines as it deals with the polarizing issue of discrimination. Let’s be clear, I deplore discrimination against any group. However, I am also a voluntaryist above anything else, and believe that compassion can’t be mandated. The question is, is it a violation of your civil rights for a business to refuse to serve you because of the way you look, because of your sexual orientation, or the way you act? Well, it depends.

The Federal Civil Rights Act guarantees all people the right to “full and equal enjoyment of the goods, services, facilities, privileges, advantages, and accommodations of any place of public accommodation, without discrimination or segregation on the ground of race, color, religion, or national origin.” Unfortunately LGBT not members of a federally protected class. Discrimination against homosexuals is actually legal in a lot of places in America to this day.


Many states have passed their own Civil Rights Acts that provide broader protections than the Federal Civil Rights Act. For example, California’s Unruh Civil Rights Act makes it illegal to discriminate against individuals based on unconventional dress or sexual preference.

In the 1960s, the Unruh Civil Rights Act was interpreted to provide broad protection from arbitrary discrimination by business owners. Cases decided during that era held that business owners could not discriminate, for example, against hippies, police officers, homosexuals, or Republicans, solely because of who they were.

However, last Thursday, Arizona passed Senate Bill 1062, which states that businesses can reserve the right to refuse service to people in the LGBT community, because it’s an expression of their religious freedom. It’s ridiculous that anybody would choose to do that in the first place, but LGBT people will have no trouble finding another place willing to take their money. Additionally, why would you even want to be patron at a place that’s unashamedly run by bigots?

While I may disagree with this practice, I’ll defend a business’s right to refuse service, because all human interactions should be voluntary. This same rule applies to what one pizzeria did in response to this law. In Tuscon, Arizona, Rocco’s Little Chicago Pizzeria decided that they don’t want bigoted state legislators to eat at their restaurant. The caption to the viral photo states: “Funny how just being decent is starting to seem radical these days.”

That’s great, right? This is why I’m an advocate for businesses to maintain their rights to refuse service because, like a bisexual, it can go both ways. 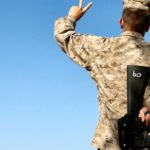 U.S. Army Shrinking To Pre-World War II Size, But We Could Do Even More 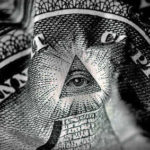