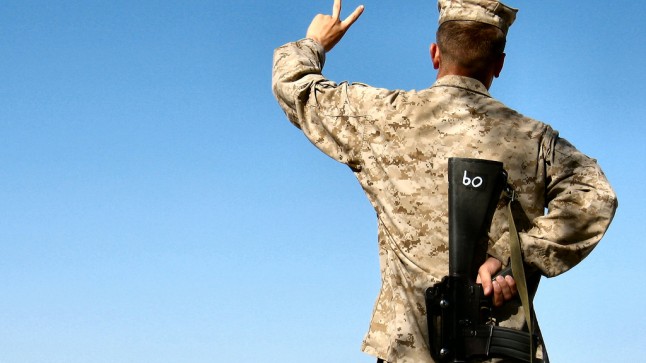 Defense Secretary Chuck Hagel has announced plans to return the size of the Army to numbers that have not been seen since before World War II a deceptive headline owing to the fact that the Army and it’s budget will still be enormous. This comes alongside a plan to eliminate an entire class of Air Force attack jets that will begin to restore the military to a more limited role favored by a majority of Americans.

The United States military expanded during the Cold War as a response to Pentagon officials pressuring Washington to provide them with the manpower that might be needed if two simultaneous wars were to break out in Asia and Europe. The current plan would be to fight one conflict with enough decisive power while holding off another enemy’s aspirations while sufficient forces could be mobilized to meet the second challenge if it were necessary.

The American Conservative believes that the New York Times headline is designed to inspire fear in Washington in order to maintain significant spending on national defense. Despite the fact that the Army is itself being cut, there will still be vast expenditures on the other branches.

From The American Conservative:

The final point is the most important one. Military commanders are fully aware that it is unlikely that the United States will be engaged in a full blown land war similar to World War 2 anytime soon. Despite President Barack Obama‘s buildup of troops in the East, there is no real arms race with China on the scale of the one seen with Russia during the Cold War. Modern drone and surveillance technology has given policymakers in Washington the ability to pinpoint threats to American national security in such a manner as to avoid unnecessary land invasions such as the most recent debacles in Afghanistan and Iraq.

Despite the White House and Congress’ unfortunate unwillingness to commit to constitutional due process regarding the use of drone technology, it is inarguable that the ability to use targeted strikes provides a much cleaner option than land invasion and prolonged occupations. A smaller Army is not a cause for alarm given that policymakers continue to have the options to deploy targeted drone technology coupled with the ultimate “boom stick” of geopositioned nuclear submarines. Every nation on Earth knows that at any point in time there could be a Predator drone carrying a Hellfire missile over their heads, or a nuclear tipped ICBM floating in the deep waters off their shores. That should be enough of a deterrent for any actor; terrorist or state-backed dictator.

Also, Special Operations budgets will be untouched as well as critical cyber warfare units. Defending against cyber attacks is arguably an even greater cause for concern than the threat of terrorism. A poll of 352 industry leaders found that 45 percent stated that cyber warfare is the greatest danger to U.S. national security. In 2010, the Pentagon created the U.S. Cyber Command to prepare the U.S. for a potential attack on its digital infrastructure.

Despite the great amount of resources involved in defending America’s digital infrastructure, however, a terrifying analog attack consisting of snipers armed with AK47’s managed to pull off a daring assault on a Silicon Valley power station April 16th of last year. The attack went largely unnoticed, but the snipers managed to knock out 17 transformers, causing electric workers to reroute power. Chairman of the Federal Energy Regulatory Commission Jon Wellinghof stated that the attack was “the most significant incident of domestic terrorism involving the grid that has ever occurred.” Significantly scaling down resources from the Army and bolstering defenses against these types of threat are more likely to be beneficial to American national security interests for the foreseeable future.

So despite any fear mongering about the number of troops in the Army, the military is technically equipped to handle any types of threats that we may encounter. The problems of national security now are more likely related to the unwillingness of policymakers to focus on actual threats to American interests, rather than a desire to shape the internal affairs of foreign nations and mold the outcome of their destabilized political situations.

President Barack Obama’s recent warnings to the government of the Ukraine over their reaction to violent protests is a classic example of how American political leaders take their eye off the ball of U.S. national security by focusing on the affairs of foreign political battles whose outcomes do not affect our national security.

It would be far better for the U.S. if the Pentagon and the Commander In Chief were to keep focusing on cuts to wasteful programs while seeking to improve technology that can prevent attacks such as the one on the Silicon Valley substation. And it would be even better if they could do so by acting within their constitutional restraints with a respect to due process and individual liberty.

Widow Being Evicted for Living off the Grid (VIDEO)

The right to refuse service goes both ways in Arizona (VIDEO)