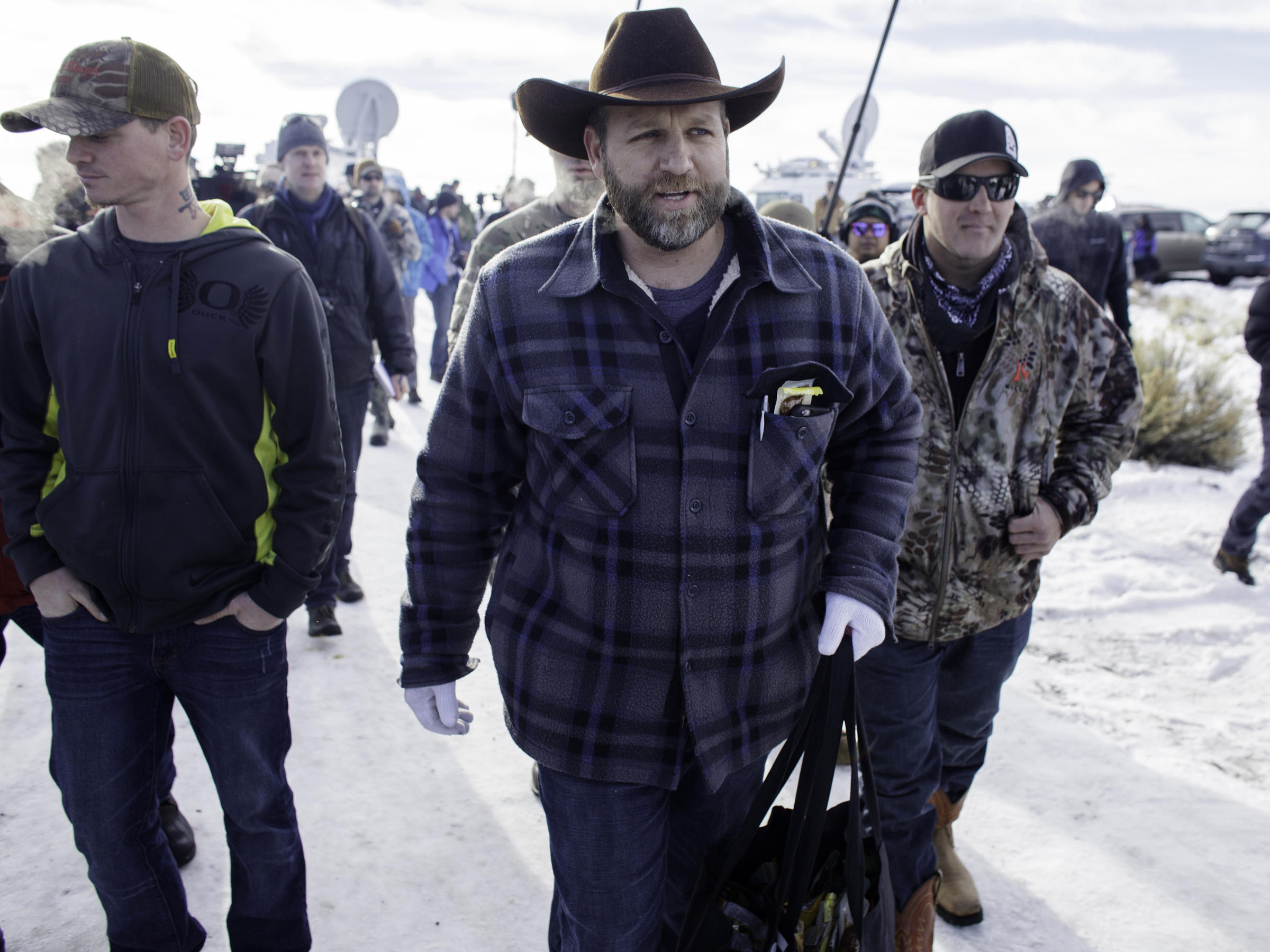 Ammon Bundy, of the Bundy Ranch, was attacked by Facebook page fans after slamming Trump/Republican anti-immigrant caravan rhetoric last week in 17 minute video. Bundy has since closed his Facebook account after numerous accusations from being globalist shill to angry threats, but says he’s not abandoning his beliefs.

After deactivating his Facebook fan page he’s relieved, “Not having to do that anymore will be a relief.”

He gave his assessment on a local Utah news affiliate share by New York Magazine:

To group them all up like, frankly, our president has done — you know, trying to speak respectfully — but he has basically called them all criminals and said they’re not coming in here,” Bundy observed. “What about individuals, those who have come for reasons of need for their families, you know, the fathers and mothers and children that come here and were willing to go through the process to apply for asylum so they can come into this country and benefit from not having to be oppressed continually?”

Bundy supports many Trump policies and is grateful for his presidential pardon of the ranchers standoff in 2016; however, he told Buzzfeed News, “I believe President Trump, the best way I could explain it, is that he’s a nationalist, and a nationalist in my view makes the decision that best benefits the nation, not the individual,” Bundy said. “That is not freedom, and that is not what America was built upon.”

Bundy believes in a limited government that protects the rights of the individual rather than the absence thereof.

After all these years of controversy he’s not done. He told the Washington Post that he will not stop fighting for what he believes in and would have even more support if the challenges from a few year ago rose again. “In free governments, the people own the land and the resources. That is the battle,” he says. “I have every intention of running the BLM [Bureau of Land Management] and the Forest Service and Fish & Wildlife right out of the West so the people can be free. Don’t think we’ll lighten up on that.”

Bundy expects to lose some support from Republican speaking engagements where he criticizes environmentalism and socialism.

French Officials Were Warned A Carbon Tax Could Spark Riots. They Didn’t Listen