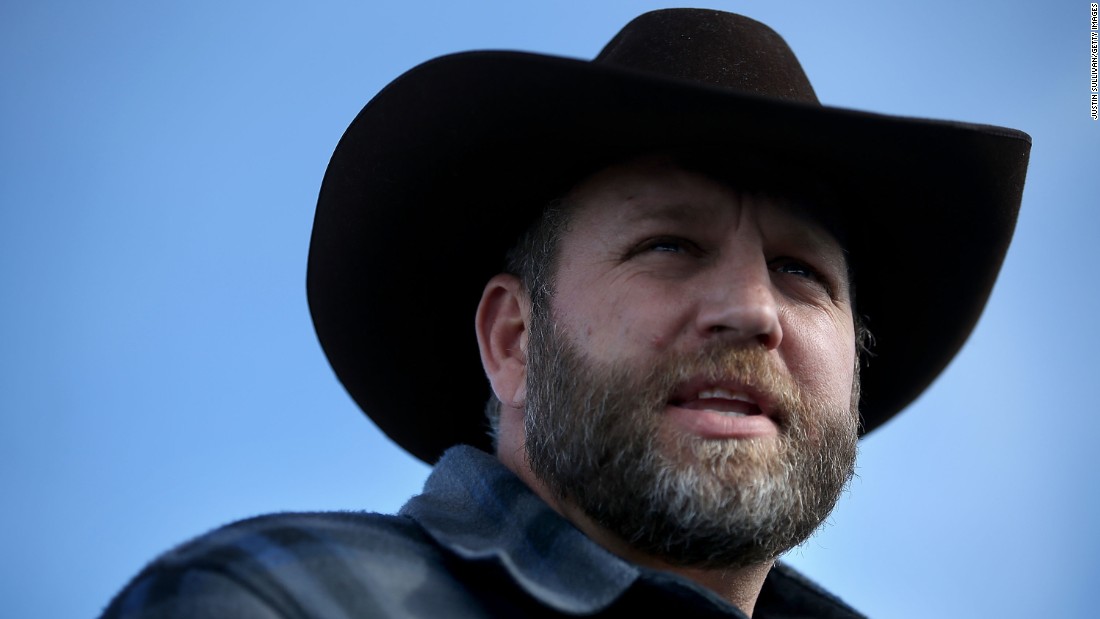 The Washington Post had called him an unlikely critic of President Trump’s characterization of Migrants. This was despite the fact that any honest reflection or analysis would have found Bundy’s view of the border to be well within his view of Land Rights.

We’ll get into that just a little bit later.

Ammon Bundy recently reactivated his Facebook page, and on July 10th posted a blistering rebuke of hyper partisanship, directed at his audience. Those who would listen. Conservatives.

The message: President Trump is not God.

“There have been many accusations and hate toward me for not fully supporting President Trump on all matters. -This is my latest response.

I have been married to my wife for almost two decades and I loved her greatly but do not always agree with her and she does not always agree with me. We discuss matters often and have many different views. Anyone who agrees with someone fully on everything is not being honest with themselves. I do not agree with President Trump on several matters. I have been open about these matters. President Trump is not God, he is a man and he is not correct on many things, including the federal holdings on property inside the States. Should I agree with him because he is a “Republican President” and turn against what I know to be right? Should I abandon the principles of freedom found in the Constitution because President Trump is a “Conservative President”? Should I deny the poignant teaching of the Lord Jesus Christ in an effort to appease the “Patriots” that nearly worship President Trump? No, I think I will hold to the true power that guides those who listen to the truth. I think I will rely on the One who has power to save. I have experienced his saving power in the depths of wicked prisons. I have seen His power when many guns have been pointed to kill. I know of his power to relieve even the greatest suffering. No man can do such things. To put your faith in a man will only be a disappointment in the end. I am grateful for any man or women who uses their power to do good. However, my hope is in the One who created this earth and everything in it, He will be the one to save and I align to the best of my ability and knowledge with His principles, not man’s.”

This was the catalyst behind the Bundy Ranch and Oregon Wildlife Refuge standoffs, where the Federal Government was penalizing people for land use on land they claimed which does not rightfully belong to them.

The OG Boogaloos. Both standoffs were armed, and the Oregon standoff resulted in the controversial death of LaVoy Finicum.

Ammon Bundy contends that his view on this issue does not change with an Administration, and he extends this thinking to the border where private property is being taken via Eminent Domain.

He also believes that helping these people is the Christian action that God calls upon us to enact.

It seems like Ammon Bundy is receiving more positive responses this time around. Check out some of them below. 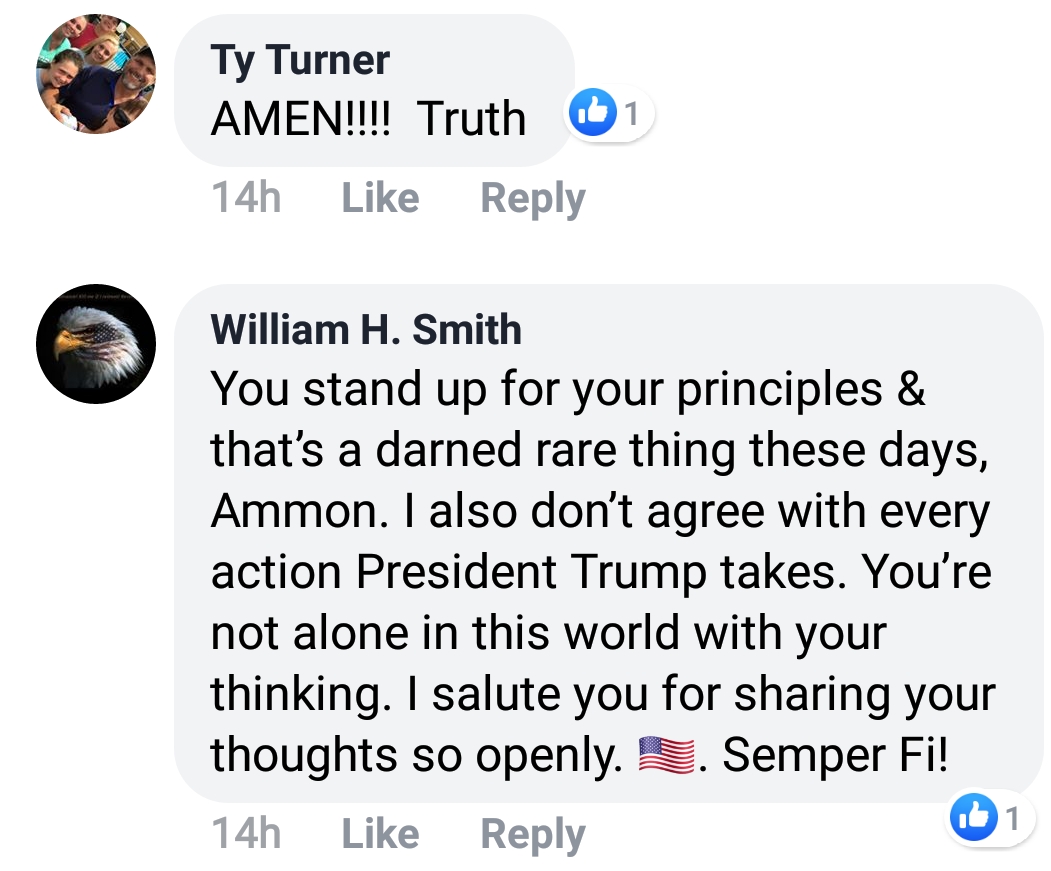 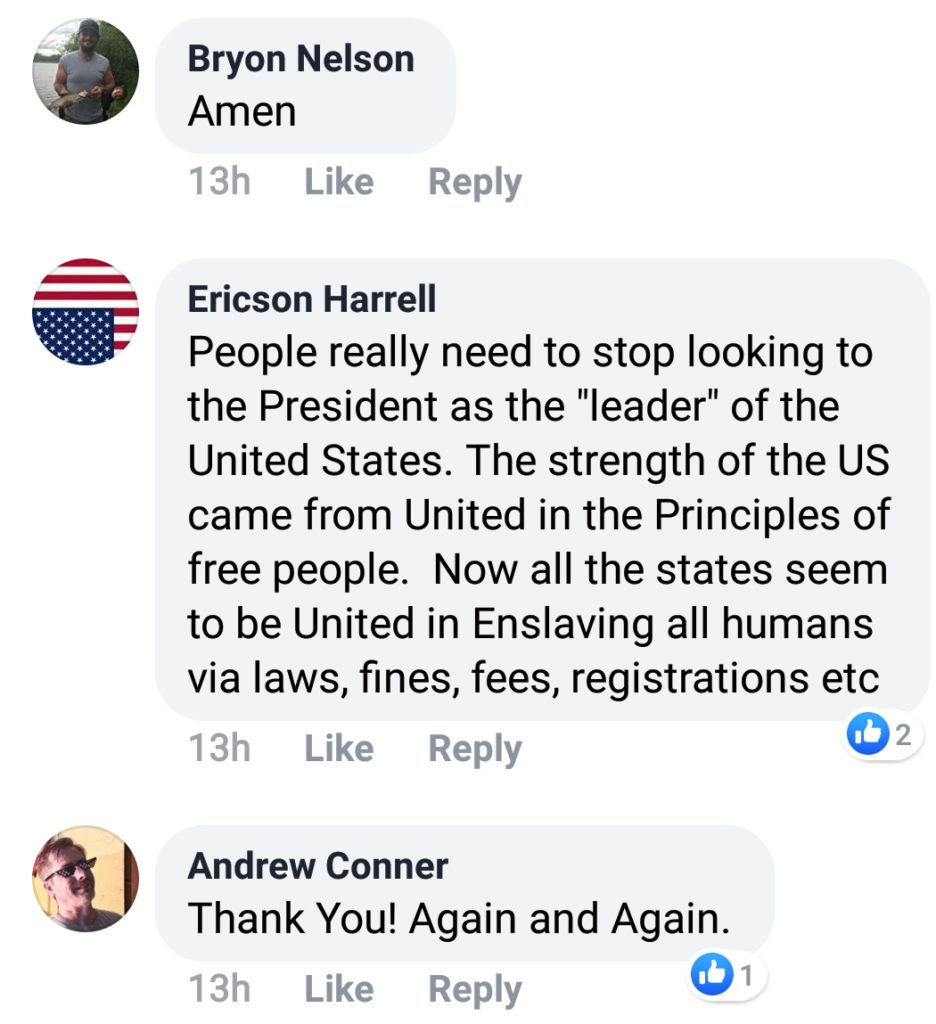 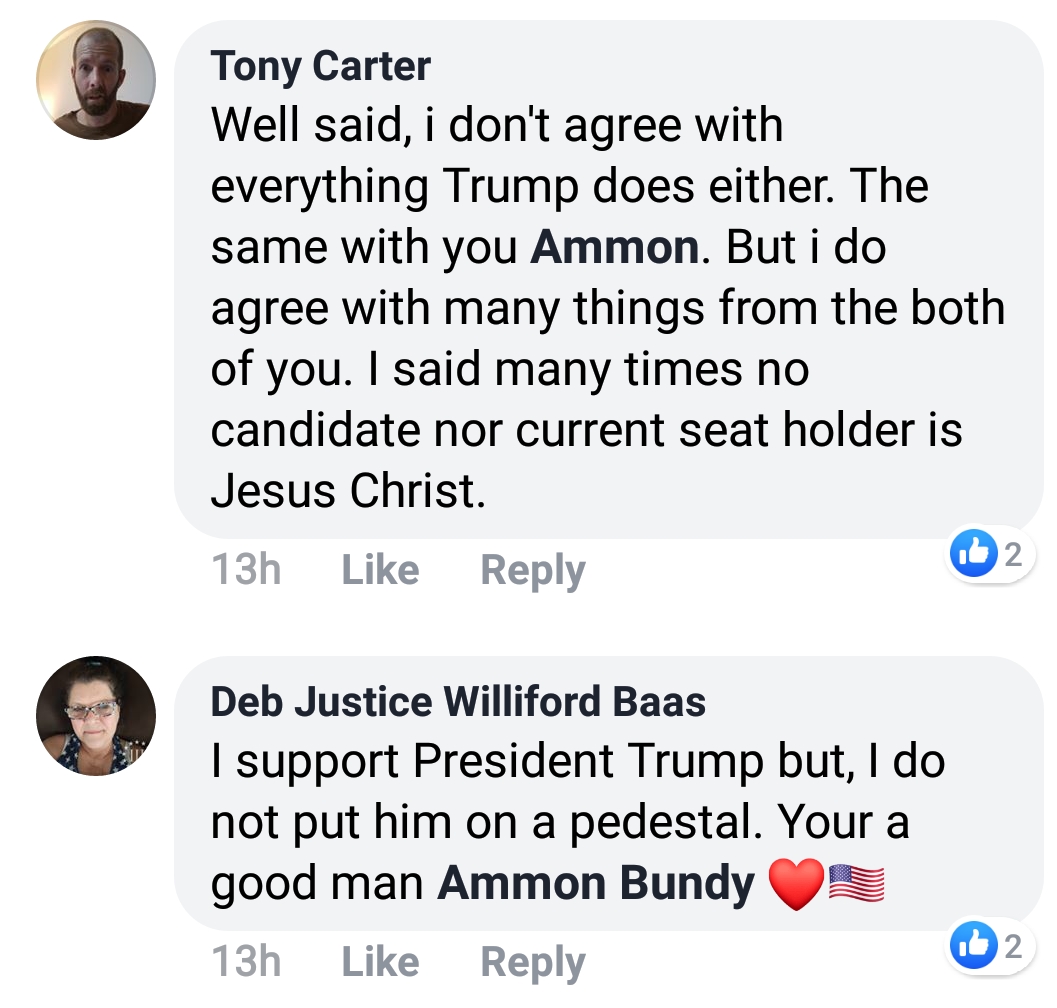 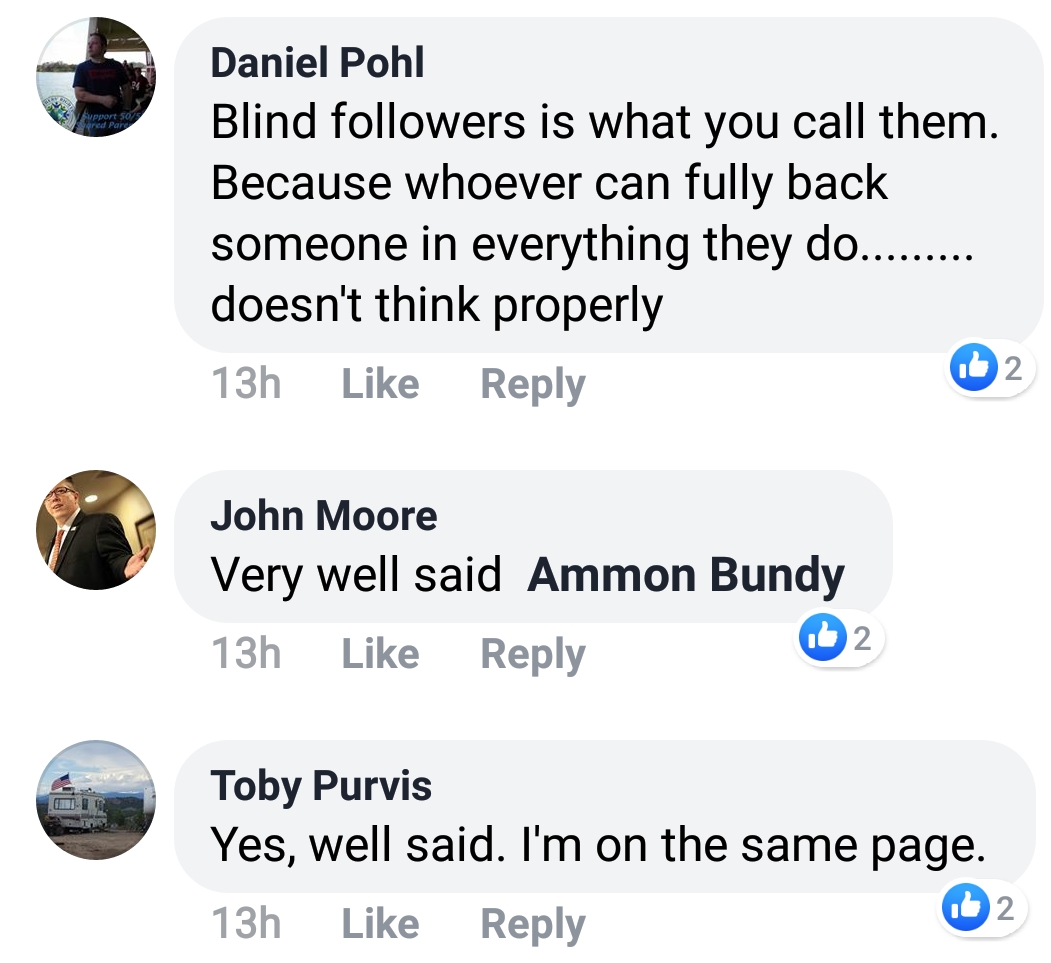 Nancy Pelosi: The Ghost of Democrats Past