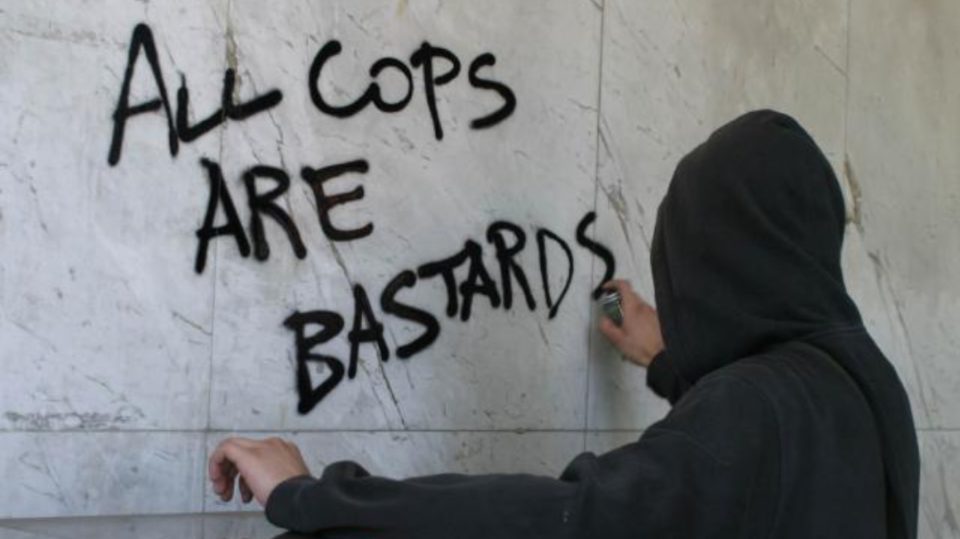 The acronym ACAB (All Cops Are Bastards) has become a well known message in the form of signs, protest chants and graffiti. Yet, it remains an empty slogan as many Leftists who use it don’t actually mean it.

Seattle is the site of the CHAZ/CHOP zone, where protesters took over several city blocks of Capitol Hill, widely known as the Gay District—and during Pride Month nonetheless. Many Seattleites on the Left have been supportive of this movement, with Seattle’s Mayor Jenny Durkan defending it from Trump’s Twitter ire, where she referred to it as a “Summer of Love.”

During this takeover, protesters took over the Seattle East Police Precinct, forcing the police out. This zone appears to have developed a Jekyll and Hyde disorder, with a relatively calm and festive demeanor during the day, but violence by night. Mayor Durkan has now announced her intentions for the police to take back the East Precinct following three separate overnight shootings in less than a week.

Protesters kept the police out of their zone following these shootings, and in each case ultimately transported the victims to Harborview Medical Center down the street by private vehicle. Yet, these protesters have remained upset that the medics would not come into CHAZ/CHOP to treat and transport the victim. Of course, it shouldn’t take a whole lot of forward thinking to understand why medics require police protection when going into a violent crime scene where a shooter is still on the loose and there’s no guarantee more shooting won’t erupt. But, here we are.

I couldn’t help but notice some striking similarities as well as differences between CHAZ/CHOP and the armed occupation of the Malheur Wildlife Refuge in Oregon by Ammon Bundy.

It was similar because it was a protest of perceived unfairness in regard to criminal justice. It began when rancher Dwight Hammond started prescribed burns (a common practice of spurring new and fresh grass growth) on his own ranch land. It spread to the neighboring land owned by the Federal Government and managed by the Bureau of Land Management, who manage 2 pieces of land on either side of Hammond. While Hammond extinguished it, it’s also highly arguable that the Government benefited from it as their neighboring grazing land was likely in the same condition.

Yet, the Federal Government prosecuted Hammond, and he was sent to prison. But that’s not what spurred Malheur.

After Hammond was released, the Federal Government appealed his sentencing, claiming he hadn’t served enough time. The appeals judge sided with the Government, and Hammond was rearrested and sent to jail again, to serve a longer sentence for the same crime. That was the catalyst for Malheur. It was largely believed that the Bureau of Land Management wanted his land that sat between their 2 pieces, and was hoping to force him to sell.

Yet, it was different as the Malheur refuge was public property as opposed to private property, and never interfered with anyone’s livelihoods, homes or businesses.

It was similar as guns were involved along the perimeter, and law enforcement was to be kept out.

Yet, it was different as the Left called them treasonous and hoped for them to be massacred. They applauded the execution of LaVoy Finicum, who was run off the road and shot dead by the Feds while enroute in good faith to a meeting with local government.

Yes, they loved this. They love Cops.

Year after year, these same Leftists in Seattle who have promoted the ACAB phrase, have also voted for tougher gun laws. Every year like clockwork they cry,” we have to do something,” —as if they didn’t just do that the year before, and the year before. Banning streamlined private sales, enacting Red Flag Laws, and scapegoating the mentally ill who generally aren’t all that violent to begin with, Leftists love police enforcement.

In Snohomish County in Washington State, one county north of Seattle’s King County, Leftists have started a recall effort against Sheriff Adam Fortney, who refused to enforce the closing of businesses. They’re upset that police weren’t using heavy hands. These are also the same people who turned in businesses and neighbors to the state’s snitch site, which eventually was made public.

This week Washington’s Governor Jay Inslee issued an emergency directive requiring the use of masks in public in situations where six feet of social distancing cannot be maintained. Washington’s ACAB Leftists applauded this, which made non compliance a misdemeanor offense. To be enforced by police.

Serious question:
For the leftists that have been shouting "defund the police"… who enforces your bitch ass mask mandates?

The Leftists who have latched onto the “All Cops Are Bastards” line are the same ones who continually create and pass new initiatives that require more police enforcement. They expect these to be enforced. They love it when these are enforced. They hate police who refuse to enforce what their causes are against people they don’t like, but they sure love it when police execute the people they don’t like.

I’m a fan of less policing, especially of non-violent crimes, but government social workers aren’t going to fill that void where violent crimes exist. Defunding the police would require a culture change of non-violence and a respect for private property. Leftists appear to be doubling down on a culture war that works counter to that.

Ultimately, their only desire is for Cops to enforce their side upon those they dislike. If it weren’t for double standards, the Left wouldn’t have standards at all 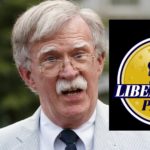 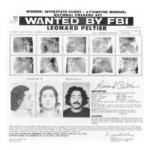