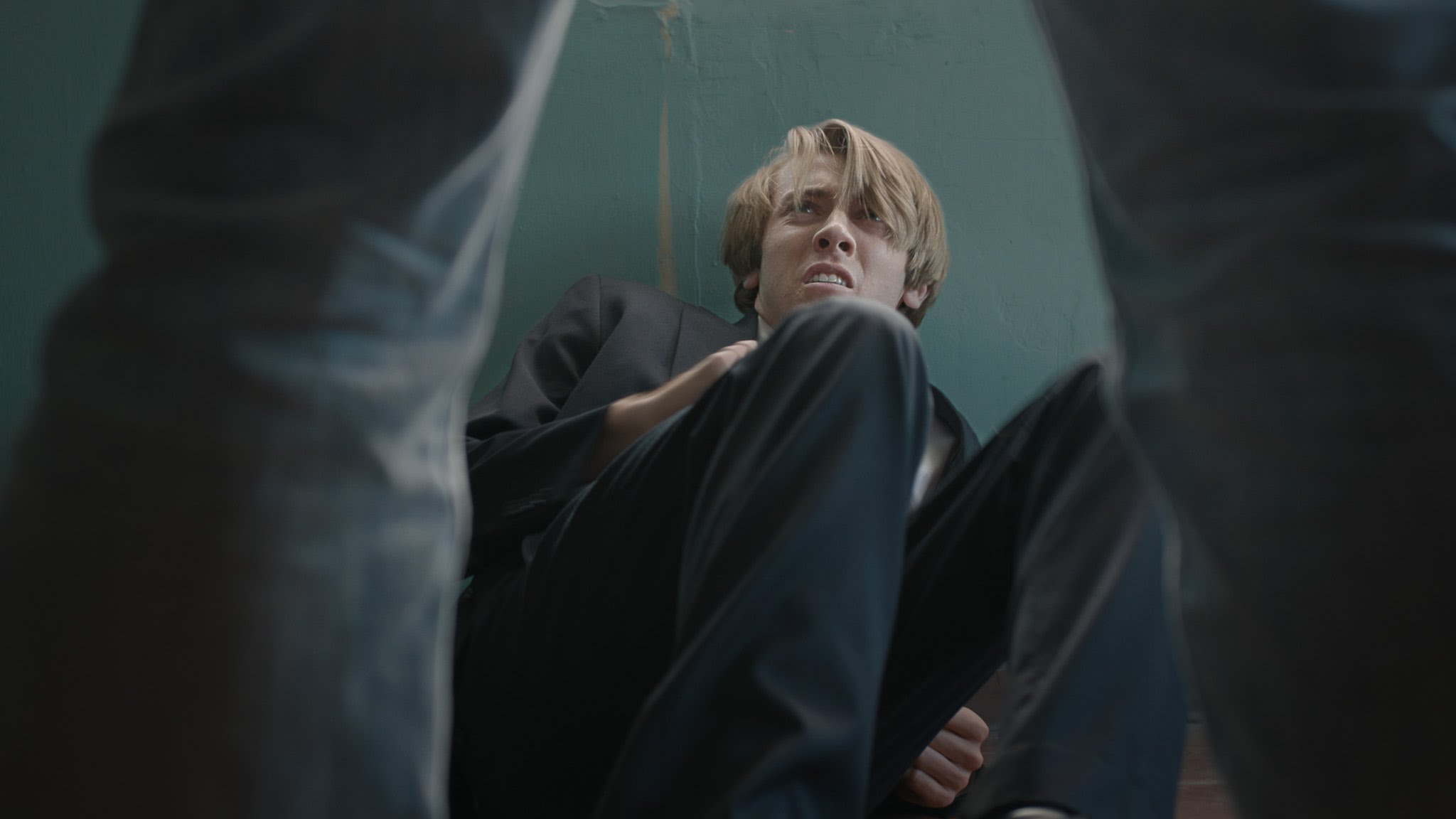 The best scene in the low-budget indie film “A Better Place” involves a conversation in a chapel between an evil banker and an evil police officer. Together, they outline just how easy it would be for a bank – or government – to seize the assets – including the home, of someone they don’t like, just by having a single officer willing to corrupt their code for their personal gain.

This scene is intelligent, knowledgeable about its subject, speaks directly to libertarian ideals of property rights and their notion of too much government control, and comes from a place of authority.

Whoever wrote this scene knew enough about it to perk me up – which is saying something because after 45 minutes of being very, very, very, confused, I was about ready to bail.

Why? Because “A Better Place” isn’t a very good movie.

The plot follows Jeremy, a man who is suddenly all alone in this world after his mother dies unexpectedly from a heart-attack. Jeremy has never been allowed outside. In fact he was homeschooled and rarely allowed to associate with anyone but his mom.

Why? He has superpowers, sort of.

Essentially, anytime a jerk hurts Jeremy, that force is transferred to the person that jerk loves most. Which is about as convoluted as you’d think, but leads to a cute moment involving a character who is literally in love with herself.

There’s also the aforementioned asset forfeiture subplot, a drunk mother, a romance, an affair between a reverend and a trophy wife, a jock that’s a bully, and a sort of weird and muddled Jesus metaphor toward the end.

This is a busy movie and the super-power stuff doesn’t really slot in with the mystery vibe the flick is going for. The good stuff – involving big business control and bullying and power dynamics exists to serve the sci-fi plot, when in reality they’d be better off on their own – especially when you consider Jeremy’s powers are by-design reactionary – which is NAP friendly I suppose, but makes for a weird hero.

Ultimately the problems lie in editing, script, lighting, and pacing. The asset forfeiture stuff doesn’t kick in until about halfway through the picture. Most every character is one-dimensional and holds no surprise.

For example, Perry Thomas, playing Sheriff Bower, brings an intensity that is undermined by its obviousness. There are too many long gazes, deep stares, and snarls to take him as anything other than a cartoon character. Had he received notes on toning it down a little, there might have been a touch of mystery regarding his character’s intentions.

Along those lines, the acting is mostly good, but sabotaged by scenes that languish too long, are over-the-top in their malice, or detour into the comically vulgar – including scenes of nudity and oral fixation that seem to exist primarily to exist.

And that’s the problem. This movie is flat. Like a TV pilot more than a film. Like a film-students college thesis more than a film. There’s nearly half-a-dozen fade to blacks, an on-the-nose musical number, flat angles, flat lighting and other amateur issues that could be rectified by a quality editor and some lighting to make things look a little less…cheap.

As a note to indie filmmakers; spend what limited budget you have on lighting, cinematography, and editing. Film is a visual medium – and the human eye can and will immediately assume a movie is cheap if it doesn’t look or feel like an actual release. If something looks good, or at least unique, it’s easier to forgive quite a lot.

Look, I’m not going to harp on the movie too much more – other than to say if you’re looking for an often-times unintentionally funny movie that also harbors some genuine Libertarian ideals, you could check it out – even if I can’t recommend it personally.

Besides, the ultimate message of “A Better Place” exists outside the movie; if you have gumption, drive, and willpower, you can literally – literally – do anything. Including making an well-intentioned but ultimately crummy movie.

The Director, producers, actors, funders, and promoters of this movie cared enough to get it made – despite zero studio backing, a wonky plot, and very little ‘name’ talent. This isn’t a big-budget blunder, it’s an indie-film misfire that means well and misses the mark.

Say what you will about Hollywood, but filmmaking equipment, resources, and distribution channels are so abundant that if you have the actual capital and drive to make a movie, you can.

Entertainment Media is the free-market defined. Put your voice out there, and if people want to hear it, you’ll know. But you have to do it. It’s the definition of libertarian gumption- Personal responsibility and drive.

Heck, even Director Dennis Ho should take another crack at making a movie. Rumor has it he’s really into energies and the ‘third eye’ and things of that ilk. If he can write and direct a movie about that as well as he did the scenes involving the corporate scheming in this movie, I think he’ll have a much better product on his hands at the end of the day – and it might actually teach you something, too.

But if there’s one thing I know about making an indie film it’s nearly impossible to get everything you want. Mr. Ho may have been required to toss in the Sci-Fi stuff to get someone to fund him. May have run out of time. His lighting guy might have quit. Who knows.

I do know that on the relatively new Libertarian Republic Movie Rating System – on a scale of Karl Marx to Ron Paul, “A Better Place” gets a rating of The Libertarian Party’s Social Media Manager.

Like The Libertarian Party proper, “A Better Place” holds ideas and notions and thoughts that speak directly to a Libertarian mindset. Unfortunately all the confusing muck in between makes it almost impossible to recommend and might just put you off the good aspects entirely.

At the very least “A Better Place” doesn’t Hail Satan.

Scientists Create Fluid Unlike Anything Else On Earth, It Has ‘Negative Mass’