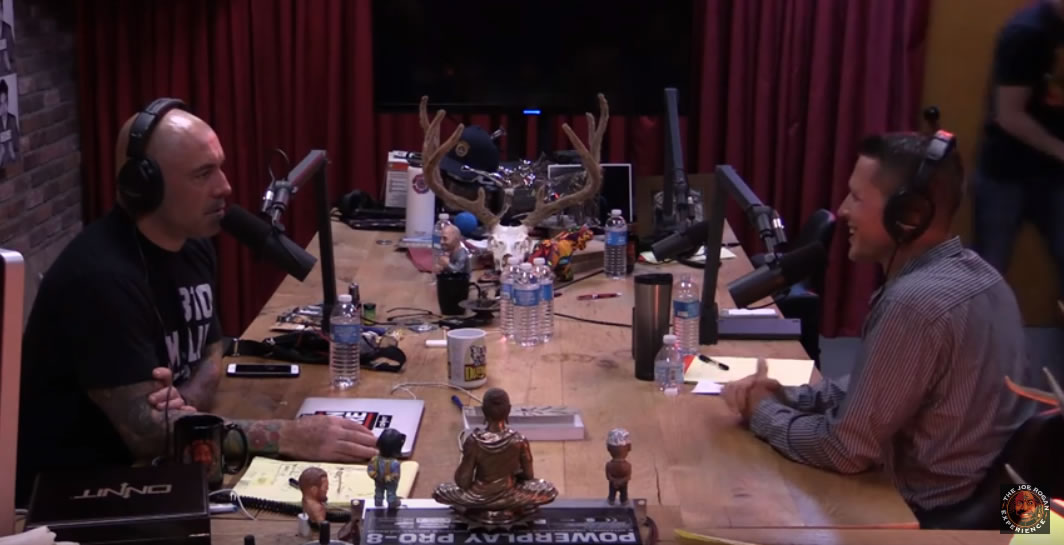 Joe Rogan is known for many things. From hosting “Fear Factor” to commentating on MMA fights, his resume is expansive. He is also a stand up comedian, and runs a Videocast/Podcast called “the Joe Rogan Experience.” He shares a few ideas that can be labeled “liberal,” but he also holds many which align with classical liberalism or libertarianism. Some of the topics that he has covered include free speech, marijuana (He’s a huge advocate for legalization), and numerous current events.

Unlike most podcasts and commentators, and similar to Dave Rubin, who I mentioned in a previous article pertaining to free speech and liberty, Rogan lets people talk and doesn’t immediately shoot ideas down. Although there have certainly been heated debates, like his interviews with Alex Jones and Steven Crowder, the format of his podcast/videocast is usually casual. The conversation starts before the podcast begins, assumingly, so Rogan and his guests can get comfortable with each other before going live. I call this the Casual Conversation Approach.

Very rarely does Rogan shoot down an idea, which is critical to a productive conversation. Rarely is a single subject discussed for more than a couple minutes, which allows for an array of different ideas to be explored during the show. Some of the ideas are obscure and random, while others are headlines and serious matters. With all this detail inside, his podcasts are typically long, sometimes hours long, but they still manage to stay away from being boring or repetitive.

What Makes Rogan’s Approach So Effective

Many in the media are quick to take one side on an argument. This plays into confirmation bias, which according to Psychology Today is the idea of somebody only gathering enough evidence to support their claim, while ignoring any signs that they are incorrect.

One of the main goals of an approach like this one is to use free speech to understand both sides of an argument, and use casual conversation as a medium to explore different ideas in a relax and honest setting. Unfortunately, there are only a few in the mainstream media who are willing to take on this approach, but a revolution is beginning in the alternative media that embraces different perspectives and challenges ideas and hopefully this trend continues.

Trump goes to War, Paul Demands He Does it Constitutionally