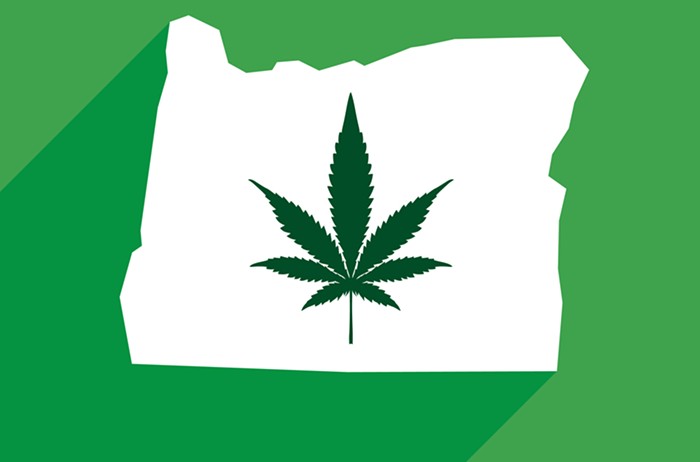 Advocates against the legalization of marijuana will often oppose legislation because pot it is bad [and you should feel bad mkaay?]. Still, in a famous 1991 interview, Nobel Prize winner and economist Milton Friedman told reporters that drug producers are essentially entrepreneurs and the legalization of drugs will benefit the market economy. Therefore, policy makers should take economic prosperity as a result of legalization into account when casting their vote: marijuana is amongst the largest cash crops in the United States.

But were Friedman’s forecasts remotely true?

In 2014, Oregonians voted to legalize marijuana and by the end of 2015, the recreational use was made legal for consumers. According to TIME magazine, Oregon-based companies sold almost 5,000,000 gram of marijuana during the first three months in 2016. After two years of legalized marijuana, the numbers are in and it turned out that Friedman’s predictions came out positive.

Already in 2015, Rep. Earl Blumenauer (D-OR) and Rep. Jared Polis (D-CO) pleaded in their “The Path Forward. Rethinking Federal Marijuana Policy” that  marijuana dispensers should be threatened as regular businesses:

“Congress should amend the Internal Revenue Code to allow a tax deduction for normal business expenses incurred by dispensaries and other medical marijuana businesses. This is how all other businesses operate and allowing such deductions will help to both legitimize and make it [marijuana] more accessible”.

Marijuana is the solution in the Malthusian declining heavy industry for job growth is correlated to legalizing marijuana. Marijuana Economist Beau Whitney estimated that as of February 21, 2017, up to 2,142 marijuana-related businesses are established in Oregon. That’s not all; the legalization of cannabis resulted in 12,500 jobs directly in the growth, harvest, and sale of the marijuana. Even though the marijuana industry sponsored Whitney, more conservative sources estimate the total job growth to be in the 10,500+ area.

Yesterday, we reported that some states could potentially cash in largely on marijuana revenues.  Earlier today, Oregon released the actual number. Licensed retailers have to keep up with a state tax rate of 17%, which led in the period of February-November 2016 to $54,506,832 in taxes (compared to 198.5 million dollars in Colorado during the same period).

The tax income shows that marijuana businesses are taking off in Oregon. Whereas marijuana taxes grossed almost 2.5 million dollars in February, the number tripled by October to 7.8 million dollars.