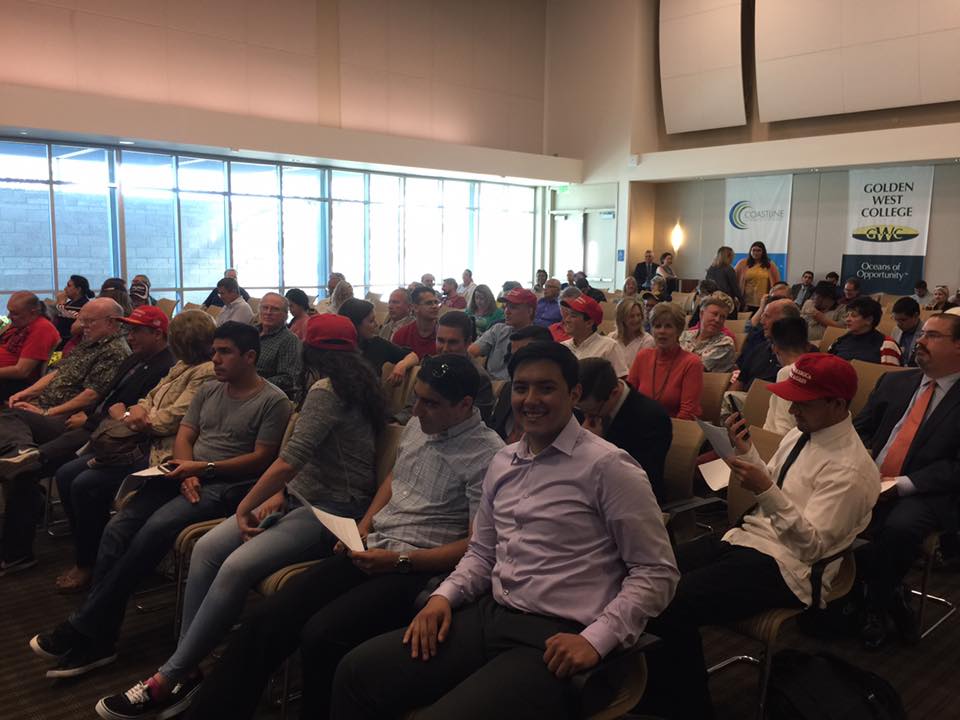 On Wednesday April 5th, in Costa Mesa California, Orange Coast College (OCC) students, along with their supporters attended the Coast Community College District Board of Trustee meeting to demand the following amendments to current board policies. This arose after a Professor at OCC discriminated against and targeted conservative students for voting for and supporting President Donald Trump, linking them to “terrorists,” for their support; ultimately leading to death threats and vandalism from other students, targeting some of these college Republican students. After these incidents took place, and after the media reported on this, Professor Olga Perez Stable Cox is now receiving an award for “faculty of the year.” Many students and their supporters stood before the CCCD Board of Trustees, demanding that Professor Cox not be awarded with this recognition. They also asked that the following board policies be amended to include political affiliation and ideological beliefs as things which the college district protects students from being discriminated on the basis of…

1.5 ANTI-DISCRIMINATION STATEMENT The Coast Community College District does not unlawfully discriminate based upon age, race, ethnicity, sexual orientation or preference, gender, national origin, veteran’s status, gender identification, political affiliation and ideological belief, or genetic information in administering District educational policies and procedures. The District complies with the American Disabilities Act of 1990 (ADA) and Section 504 of the Rehabilitation Act of 1973. See Board Policy 3410 Nondiscrimination.

43. Unauthorized Recording. Recording, using any electronic listening or recording device, any person on District Property or at any District function without that person’s knowledge or consent. This definition shall not apply to recordings conducted in public, in a commonly recognized public forum, and this code violation shall not apply in cases where a student may be documenting a perceived violation of the student code of conduct, and/or perceived violation of local/state/federal laws or board policies.

Removal of Code Section: 46. Unauthorized Use of Electronic Devices. Unauthorized use of an electronic device on District property or at any District function, including but not limited to, classes, lectures, labs and field trips.

Board Policy 3410 Paragraph 2: The District does not discriminate unlawfully in providing educational or employment opportunities to any person on the basis of race or ethnicity, gender, gender identity, gender expression, religion, age, national origin, sexual orientation, marital status, medical condition, pregnancy, physical or mental disability, military or veteran status, political affiliation and ideological beliefs, or genetic information or because he/she is perceived to have one or more of the foregoing characteristics, or based on association with a person or group with one or more of these actual or perceived characteristics.

Administrative Policy 3515 Bullet Point 6 Crimes that manifest evidence that the victim was intentionally selected because of the victim’s actual or perceived race, gender, religion, sexual orientation, ethnicity, political affiliation and ideological beliefs, or disability and involve larceny-theft, simple assault, intimidation, destruction/damage/vandalism of property, or any other crime involving bodily injury. 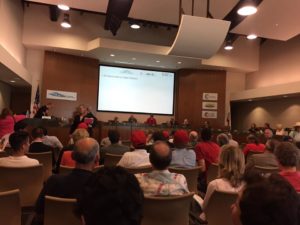 Local Republican representatives, Mayors and City Councilmen attended this meeting to show support for the growing Republican youth, who are being targeted by liberal professor who attack anyone who oppose their liberal agenda.

Speaking to the Board of Trustees, Paula Prizio, the Orange County Republican Party Youth Chairman said, “Professor Olga Cox gave students licence to bully and to threaten them.” Having been a victim of teacher/student bullying herself, she also called for the Board to support all students, no matter their political affiliation.

Joshua Recalde-Martinez, the former club president of the Orange Coast College Republicans reacted to the Board of Trustee’s meeting saying, “I think last night went very well and that we we’re able to have our voices heard by the Board of Trustees, but only time will tell if they actually take action.”

Dozens of supporters stood in front of the Board; conservatives who stated they are gay, straight, Caucasian, Hispanic and had never been a victim of discrimination until it came to their political ideology. They also voiced their opposition to Professors Cox’s award. They are now waiting to get a response from the CCCD Board of Trustees. 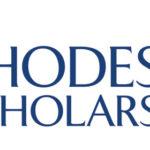 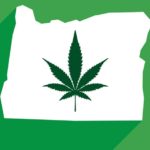