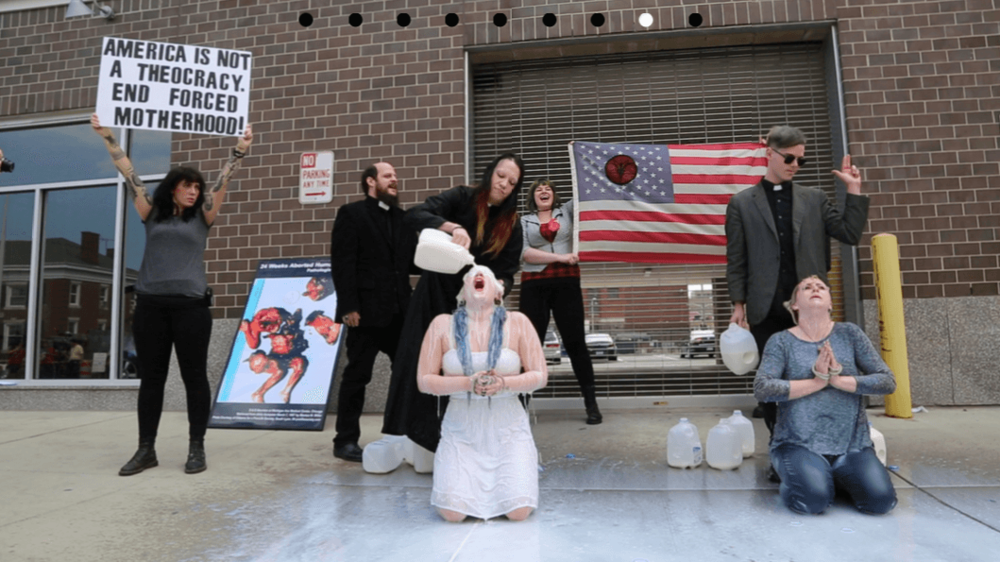 The Satanic Temple appealed the dismissal of a 2015 Satanist abortion case Monday, and will challenge two of Missouri’s abortion laws Sept. 20, as Planned Parenthood works to gain licensing for four more clinics to provide abortions, according to The Kansas City Star. The laws in question require women seeking abortions to read pro-life literature and to wait 72 hours before aborting their unborn babies.

The Satanists’ arguments spawned from their appeal of the 2015 case involving a pregnant Satanist, “Mary Doe,” who unsuccessfully tried to use a religious waiver to avoid the state’s required literature and waiting period. A federal judge dismissed the case in 2016 on the grounds that the woman was no longer pregnant and that all the law required of her was to read information with which she disagreed.

Representatives of the Satanic Temple argued that Missouri’s abortion laws violate the 1993 Religious Freedom Restoration Act, as they allegedly force Satanists to violate two of their core tenets, namely, “one’s body is inviolable, subject to one’s own will alone,” and “beliefs should conform to our best scientific understanding of the world.”

As the Satanists wage their legal battle for abortion on the religious front, Planned Parenthood has also gained victories. A federal district judge ruled in Planned Parenthood’s favor July 18, and issued an injunction to prevent state officials from enforcing a requirement that those who perform abortions must have hospital admitting privileges. The court ordered the Missouri Department of Health and Human Services to quickly issue licenses for abortion clinics in four different cities, according to the Columbia Daily Tribune.

The Satanic Temple appealed the Mary Doe case soon after the court issued the injunction against the admitting privileges requirement,

Representatives from Planned Parenthood in Missouri did not respond for comment in time for publication, and have not made any public statements to distance themselves from the Satanic Temple’s alliance.