“You’d be Chris Morrill out of Missouri, drinker of Stag and gin.”

“That’s right. I’ve drank Stag and gin. I’ve drank just about everything that can be brewed or distilled at one time or another. And I’m here to drink you under the table, Little Bill, for what you did to Ned.”

Apparently people are drinking more during the pandemic, to which I plead nolo contendere. But let’s not kid ourselves; I was probably gonna drink anyway.

One of my lifetime goals has been to have a job in which I could write off booze as a business expense. When I finally hit the journalistic big time, I may actually try that at H&R Block. Writers have, after all, been known to have a tipple now and then. (Lookin’ at you, Ernest Hemingway. Among others.)

While I live very close to Illinois and I am thus familiar with some of the fun things you can legally buy over there now, I prefer to stick to the evils of demon liquor. Plus, I’m just too goddamned lazy to drive to Little Egypt all that often. And the cannabis taxes are brutal. (I mean, that’s what people tell me.)

The best booze for a libertarian would be booze that the government doesn’t want you to drink. In Missouri, that’s a pretty short list. We have quite liberal liquor laws. That rare occasion where “liberal” is meant in a good way. (As the home of AB InBev, that only makes sense.) We have no dry counties. You can buy hooch here seven days a week. While moonshine is technically illegal, you can buy Everclear, the next best thing to it, in pretty much any reputable liquor store. You can even buy absinthe here.

I’ve often said drinking is the second funnest thing you can do alone. And I’ve also always said that when it comes to drinking, I put the sewer in connoisseur. Having been blessed with subpar taste buds, I can drink the cheap stuff with impunity. And I do. No one will ever use the word “snob” to describe any of my besotted predilections.

It is my heartfelt belief that beer ain’t drinkin. Especially draft beer. While in my old age, beer admittedly tends to affect my stomach more than it used to (in terms of both waistline expansion and dyspepsia), I still pay it the same respect as Coke or Pepsi. Which is to say, not much.

My favorite swill is (obviously) Stag, a dryer beer that is popular in eastern Missouri and southern Illinois. Sometimes it is referred to as “Steak Taters And Gravy” or “Stand Tall And Guzzle” by its fans, or “Sip Taste And Gag” by its critics.

I didn’t much care for Stag when I was younger, as I associated it with the local rednecks and hillbillies that I held in low regard. During my first stint living in south St. Louis after college, I began to drink Stag ironically because it reminded me of home. Lo and behold, I came to actually like it.

(Speaking of Stag and St. Louis, those two things combined for one of my favorite news stories of all time.)

If I’m going to slum it with beers, I prefer older labels that used to be premium but slid into the bargain basement over the years. This obviously includes Stag, but also such brands as Heidelberg*, Meister Brau*,
Olympia*, Hamm’s, Old Style*, Lemp* (cheap latter-day knock off), Pabst Blue Ribbon, Schmidt*, Stroh’s*, Schlitz*, Schaefer,* Carling Black Label*, Falstaff* (cheap latter-day knock off), and Rhinelander.*

(The asterisk denotes beers that were commonly available in Cape Girardeau or south St. Louis supermarkets in the middle to late 1990’s that have now gone by the wayside, or have otherwise become very hard to find.)

If I am forced to drink premium beers, I like IPA’s, APA’s, and the occasional Märzen. But the only real requirement is that it be cold.

Who gives a shit? I’m not really a wine guy, so the cheaper the better. Not necessarily MD (“Mad Dog”) 20/20, Night Train, Thunderbird, or Wild Irish Rose cheap, except when I’m in a particularly foul mood. But if you routinely spend more than ten or fifteen bucks on a bottle of wine, we probably won’t get along. I’m totally happy with a nice Vignoles (a popular Missouri wine) or Riesling.

My “go to” liquor. Like Stag, I started drinking it as an act of rebellion, just wanting to be different. Gin used to be super popular back in the day, but has really taken a beating over the last forty years or so. (See “vodka” below.) I initially felt sorry for gin, but then I actually came to like it.

I don’t drink it straight, and frankly I don’t much care for it in a martini. But our juniper friend mixes incredibly well with a lot of things, most notably tonic water, as evidenced by the gin and tonic being the perhaps the world’s oldest cocktail and still a standard at every watering hole on the planet. See also the gimlet or the Tom Collins. It even mixes well with lemonade, limeade, or pineapple juice. Snoop Dogg obviously has strong feelings on this subject, though the exact ingredients of his preferred gin concoction have never been entirely clear.

My favorite gin drink, however, is the greyhound or its fraternal twin brother the salty dog. Grapefruit juice combines with gin extraordinarily well. Regular ol’ white grapefruit and ruby red grapefruit are surprisingly different with gin, but both good. Along those lines, try a gin and Fresca (or Squirt or grapefruit Jarritos, whatever) sometime. Yum.

One of the best things about gin is that it’s dirt ass cheap. (As anything that can be made in a bathtub should be.) Unless I’m making a martini (particularly a dry one) I can’t tell much difference between a bottom shelf gin like Burnett’s, Fleischmann’s, or Barton and a higher shelf gin like Tanqueray or Bombay.

Bourbon (and other whiskies)

I try not to drink any hard liquor straight, but if I’m gonna, it’ll be whiskey. Usually bourbon. Evan Williams is the Stag of the bourbon world, in the sense that it is affordable yet also well respected. I can’t tell a tremendous amount of difference between Evan and the higher dollar stuff. I prefer it neat, or with one ice cube maximum (just to take the edge off.)

I usually avoid Scotch, as its smoky flavor reminds me of working a fire scene, thus bringing back negative memories of my olden days as a field claims adjuster and investigator. Plus it’s just too damned expensive most of the time.

(Fun fact: one of the first legal drinks I ever ordered at a bar was a scotch and soda. I was trying to appear sophisticated and it was the first thing that came to mind. It was wretched and I haven’t had a single one since.)

Canadian whisky (derided by some as “brown vodka”) rarely graces my liquor collection. The notable exception would be if I’m making Manhattans, in which bourbon tends to be a little overpowering. How Canuck whisky was so popular in the 1970’s, I’ll never know. Just another example of the shittiness of that decade.

Fun mixed drinks with whiskey include the lowbrow Jack & Coke (hint: use something cheaper than Jack), the 7 and 7, and the whiskey sour.

But my, how times change. Somewhere along the line, tequila became popular. Celebrities like Jimmy Buffett, Sammy Hagar, and even Ron White put out their own brands of the agave-based goodness.

This is the other hard liquor (besides bourbon) that I will dare to drink straight, usually in the form of shots (no training wheels.) However, I prefer to drink it mixed. While margaritas and tequila sunrises are fine, I actually prefer the paloma, which is popular among native Mexicans.

This stuff is a little too sweet for my tastes, but it has such an interesting history, being inexorably tied to the tropics and pirates and all that jazz. That’s the main appeal, I guess. And rum is often about as cheap as gin.

On the rare occasions I drink rum, it’s usually in the form of the venerable rum and Coke (“Cuba Libre” if you want to sound fancy.) I have also been known to occasionally shake up a daiquiri, but it has to be a real one served “up“, not any of that namby pamby blended frozen shit. (I’d do more of these if there was an easy way to make a sugar-free simple syrup.)

Basically, raisin-flavored whiskey. I’d rather not. And even when I do drink brandy, I feel like The Ladies Man.

I put this liquor dead last because it’s just lazy. Yes, it’s versatile and mixes with literally everything. But by bringing no flavor profile at all to the table, it’s a cop out. It’s an admission that you’re just in it to get buzzed and/or hammered, taste be damned. That’s too nihilistic even for me.

Having said that, I will occasionally put vodka to work in a Bloody Mary or a Sea Breeze. My absolute fave vodka drinkypoo, however, is the Caesar, a Bloody Mary variation with Clamato which is the best thing to come out of Canada since Wayne Gretzky. A simple reading of the ingredients makes it sound rather disgusting, but it’s not. And you can have one for breakfast when you’re on vacation and no one will look at you funny.

Vodka’s worst crime, in my view, is that it usurped gin. Almost every vodka drink today used to have gin as its main ingredient. There has been some chatter about a gin revival for years, but if it’s really happening, it hasn’t made it down to Baja Missouri yet.

Surely my stirring defense of gin makes the ghosts of my English ancestors happy. A gin and tonic makes me want to go colonize some far off land, spreading civilization to unsuspecting natives whether they want it or not. Beer, on the other hand, appeases my German ancestors and makes me want to invade Poland. Thankfully, in the end I usually do neither, preferring instead a nice nap.

If/when I retire, I think I could be a fabulous bartender, perhaps at the Eagles lodge down the street. However, their membership requirements include a belief in a supreme being and a pledge that you have no connections to any organizations advocating an overthrow of the U.S. government. So maybe that’s not the best plan.

Plus, there’s a fair chance that I would drink all their profits. 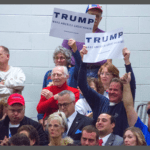 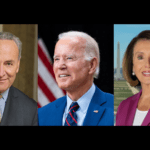