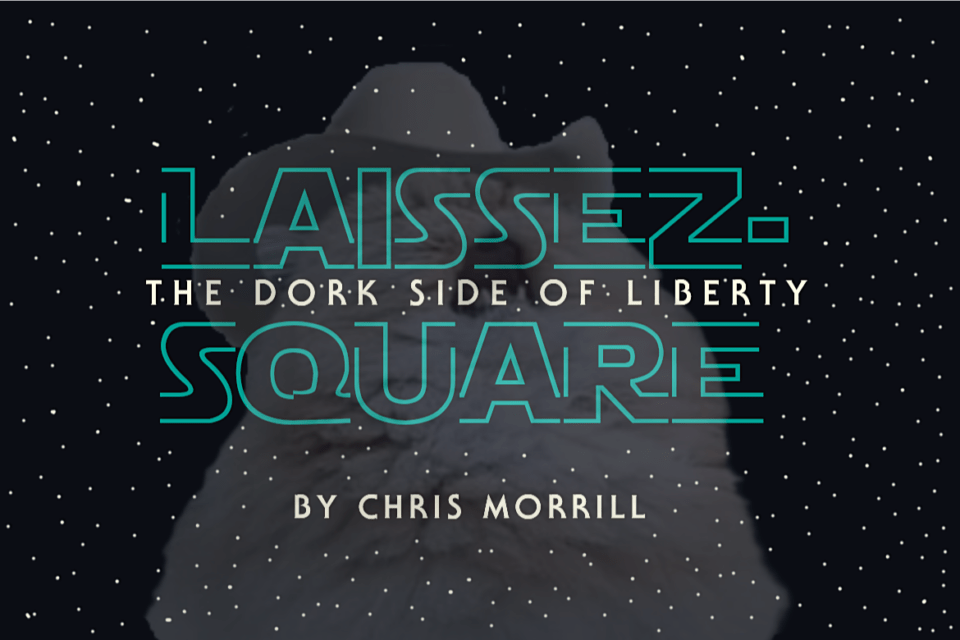 My “country” bona fides are not in dispute.

I was born and raised in southeast Missouri. When I was a kid, we lived on a farm for a while and we actually had a pet turkey running free on the property. (That thing was mean, by the way.) My high school senior class had either fifty-seven or sixty-two people in it, depending on what source you use for the count. (Several members of my class were probably in jail at graduation time, hence the confusion about the actual head count.) And we were not the smallest school in the area by a long shot.

The largest public works project in my hometown in the 90’s was the building of covered horseshoe pits at the city park. I didn’t live in a town with a population over five thousand until I was out of college. I’ve been to more than one wedding reception where David Allan Coe songs were played.

But I absolutely loathe country music. And always have.

It probably originates from my parents, who were far more interested in rock & roll or pop music than country. To be sure, there were some questionable records around the house when I was young: such seventies dreck as Jim Croce, Captain & Tennille, Paper Lace, and The Jaggerz. (Shudder.) But at least there was no country.

I was exposed to plenty of country music by the extended family, though. Not to mention friends and acquaintances. You couldn’t get away from it in the sprawling Cape Girardeau-Jackson Metropolitan Area. Early on, I decided that I would have none of it. I developed negative feelings not only towards country music, but many of the people who enjoyed it.

I know you may find this hard to believe, but even as a youngster, I was a bit uppity. Country music itself baffled me; the lifestyle associated with it, doubly so. I was never into pickup trucks, cowboy boots, big belt buckles, ginormous goofy hats, thick syrupy accents, working on the farm, or manual labor in general.

Not to mention, it seemed odd to me that many country songs were about things that…well…weren’t fun or funny. Things folks probably shouldn’t be doing, much less bragging about.

As the aforementioned David Allan Coe says in his famous single “You Never Even Call Me By My Name:”

I am quite fond of my mother. I’m certainly familiar with trains, since they run through my hometown all day and night (and therefore, everyone from there can sleep through anything short of a nuclear bomb.) I have no issues with getting drunk. But I certainly have no use for trucks and even less use for prison.

There are other common elements of country songs that I’ve never cottoned to: domestic abuse, adultery, divorce, unemployment, banjos, fiddles, washboards, Jew’s harps, spoons, tractors, dirt roads, trailer parks, moonshine, NASCAR racing, cow tipping, line dancing, overalls, huntin’, fishin’, muddin’, rodeos, taxidermy, mobile homes, Marlboros, and such. (Though I could probably be talked into moonshine if any of our readers know where to get hold of some. Hint, hint.)

Country music takes the absolute worst elements of whiteness and glorifies them. Which I guess is my primary complaint.

When I think of my least favorite country songs, it’s pretty much all of them. But the worst offenders, just off the top of my head:

When I first really listened to the lyrics of this song, I immediately asked: “Wait, did this gal’s mother just send her off into prostitution? Is she bragging about it?”

True story: I was driving the back roads somewhere outside of Piedmont, Missouri many years ago. I was fiddling with the radio, trying to find anything non-country. I was struggling.

Then, this gem of a song came on with these wonderful lyrics:

I almost ran off the road. Then, for my own safety, I turned the radio off.

Okay, Marlin Perkins. And since we’re going on about all the wild life out in the boonies, this particular (non-country) video clip also comes to mind.

The less we say about this song, the better. This may have kicked off the wave of “pop country” that we are still suffering from today.

Perhaps the most ridiculous country song of my lifetime, which is saying something. Let’s not even get into the horribly stereotypical stuff being thrown out there. It’s a cringe worthy laundry list of stereotypes.

I’m an Indian outlaw
Half Cherokee and Choctaw
My baby, she’s a Chippewa
She’s a one of a kind
All my friends call me Bear Claw
The Village Chieftain is my paw-paw
He gets his orders from my maw-maw
She makes him walk the line
You can find me in my wigwam
I’ll be beatin’ on my tom-tom
Pull out the pipe and smoke you some
Hey and pass it around

Bonus: McGraw apparently has the same amount of Native American blood as I do. Meaning, zero.

God Bless The USA
Have You Forgotten
Courtesy of the Red, White and Blue (Angry American)
(three way tie)

I will give one thing to country artists: they are the only segment of the entertainment industry that is not unabashedly progressive. You’ll find plenty of conservatives and Republicans in this bunch. Nashville is definitely not Hollywood.

The downside to this conservative tilt is that you end up with some jingoistic, “America First”, “kill ’em all” kind of music. Lee Greenwood blessed us with the first song above, which has been a cheesy staple of right wing rallies for decades. After 9/11, Darryl Worley and Toby Keith gave us the other two full-throated cries for vengeance.

Can you believe Billy Ray Cyrus is on this list twice? Me neither. This one is an even greater offense than the first. I’m not sure this song is even really country, but fuck ’em both, just on principle. Combining Cyrus’ limited talents with auto-tune should be a war crime.

This song makes me want to slit my own wrists and also those of everyone around me.

Yeah, yeah, they didn’t make the original version of the song. Only the weirdest and most annoying one. Bonus: these ass clowns are from…Sweden. (Presumably southern Sweden?)

She Got The Goldmine (I Got The Shaft) (Jerry Reed)

This is one of the first country songs I ever heard, and it set the tone. And not in a good way.

My contempt for country music runs so deep that when I first heard this ode to dipping tobacco, I thought it was completely serious. I didn’t learn until much later that Mr. Keen was singing this tongue in cheek. (That same tongue may now be cancerous from dipping too much Copenhagen.)

My buddy Dan and I largely share a disdain for country music. We started making up lyrics to our own over the top country songs.

Sittin’ on the front porch
Thinkin’ ’bout the back porch

Not to be outdone by:

(If you want to check out a comedic, raunchy take on country music that is better than most actual country music, look up Wheeler Walker, Jr. Extremely NSFW, but worth it, especially if you have a dark sense of humor.)

Ironically, while I am allergic to country music, I am totally okay with the blues. While the two genres are similar in that they both involve men complaining about their shitty lives, I find the lamentations of (often) illiterate old black dudes way more relatable for some reason.

Maybe it’s because the blues seem genuine while so much of country seems forced. Those illiterate old black dudes had legitimate reasons to be miserable, living under Jim Crow and all. Maybe it’s also because the blues, being the backbone of rock & roll, is capable of carrying a catchier tune. Maybe it’s because I have a love/hate relationship with where I am from, and thus country music starts off with two strikes. Regardless, I’ll take John Lee Hooker over Hank Williams Sr. (or Jr.) every day of the week and twice on Sundays.

The only really nice thing I can say about country music is that at least it’s not Christian rock.

Stylish Finishing Touches To Add To Your Home Decor