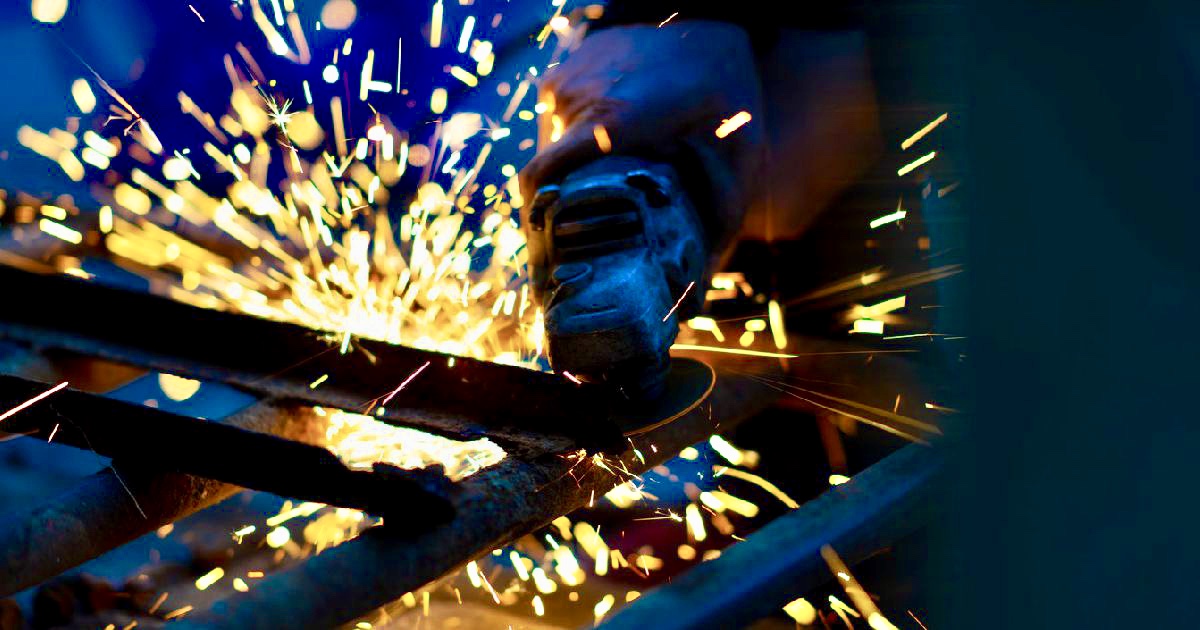 In contemporary political discussion, a few things about the economy are usually taken for granted that are flat out wrong. In particular, the rise of economic nationalism—exemplified by the populist movements surrounding Donald Trump and Bernie Sanders, rely on these three myths either explicitly or implicitly. It may surprise you to learn Trump and Sanders have a fair amount in common.

President Trump during his 2016 campaign, declared that Americans “don’t make anything anymore.” Sanders has expressed a comparable perspective: “we must rebuild our manufacturing sector and, once again, manufacture products that are made in the United States of America.” But the truth is close to the opposite. Even if we only look at manufacturing, the value of goods produced in the U.S. is close to the highest it’s ever been. Real output (meaning, adjusted for inflation) is over 1.6 times higher now than three decades ago.

Expanding our focus out from strictly manufacturing, the gains have been even more pronounced. Industrial real output, which includes manufacturing, mining, and electric and gas production, is much higher today than ever before. Compared to 30 years ago, it’s about 1.7 times higher. Even more impressive, this growth in production has outpaced the growth in population. The U.S. population in 2019 is only around 1.3 times higher than in 1989. Bernie Sanders notably postulated that increased immigration depresses wages and makes Americans poorer. Donald Trump has echoed that sentiment. While he has adamantly opposed illegal immigration, describing it as “hurting us economically,” his actions have shown he also takes issue with legal immigration. His recently proposed plan would cut the number of new green cards issued by almost half.

As I have explained elsewhere:

…there is general agreement among economists that immigration has a positive effect on the host country’s economy. For example, a survey of 27 top economists […] found that every single one thought 20th-century immigration has been favorable toward the U.S. economy. The overall economic benefit isn’t really the center of the immigration debate. Even leading intellectuals of the anti-immigration side such as economist George Borjas, have estimated immigration contributes tens of billions of dollars annually to the U.S. economy. …In a 2016 report, the International Monetary Fund concluded for advanced countries “that a 1 percentage point increase in the share of migrants in the adult population can raise GDP per capita by up to 2 percent in the longer run.”

Immigration also does not lower wages in general. While a rise in the number of people increases the supply of labor, it also increases the demand for products and services—which needs labor in order to be produced. More crucially, a greater amount of people means the division of labor can be enhanced. In other words, specialization can occur to a greater degree and thus each worker in the economy can be more productive. As can be seen in large cities relative to rural areas, more people means wages are higher, not lower. In a paper summarizing the relevant economic work, Friedberg and Hunt concluded:

Despite the popular belief that immigrants have a large adverse impact on the wages and employment opportunities of the native-born population, the literature on this question does not provide much support for the conclusion.

There is no evidence of economically significant reductions in native employment.

On the contrary, migrants create jobs. They are entrepreneurs at a higher rate than native-born, and impressively, they employ ten percent of the private American workforce.

Myth #3: The U.S. Has Lost Jobs To Companies Overseas

In an interview with Meet the Press, Sanders said: “we have lost millions of decent paying jobs.” Trump is well known for taking the same position. One need only take a look at his Twitter feed. In a sense, it’s true that some jobs that were once in America have moved. But this tells only a fraction of the story.

An economy, especially an economy intricately connected to the rest of the world via trade, is dynamic. It constantly adjusts in order to meet the changing demands of millions of people and adapts to new technology and ideas, as well as many other changing conditions. So, while it is true some firms have found it more cost effective to hire people in other countries, other firms have found the opposite. Writing at Mises.org, Tyler Watts comments:

… not only have we gained jobs on net, but jobs have grown faster than the population over time. Since the 1979 peak in manufacturing employment, the US adult population grew by 53 percent, whereas employment grew by 59 percent. Further, Watts goes on to show the majority of new jobs created pay better than the oft-lamented lost manufacturing jobs.

Of these net new jobs, fully 62 percent of them feature, as of January 2016, average hourly earnings equal to or greater than current average hourly manufacturing earnings.

Bernie Sanders and Donald Trump are united in their nationalist views. They see protectionism—in both goods and labor—as the means to make Americans better off. But that view is dependent on a number of things that simply are not true. As I have shown, Americans produce at record levels, immigration grows the economy, and job growth has outpaced population growth.

This article is republished with permission from the Principled Libertarian.

Andrew Kern blogs at The Principled Libertarian. He is a dairy farmer and studies economics, history, and political philosophy in his spare time.

What’s Happening to Today’s Democracy? Most At-Risk Countries in 2019