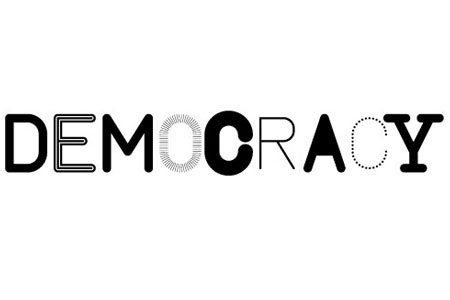 Democracy is something we all aspire to, where all people are equal in front of the law and are born with relatively equal chances of success. While a perfect democracy is utopic at its best, this doesn’t mean that millions of people fought for the idea for centuries for nothing.

A free world where all people enjoy some affordable options in terms of goods, education, and healthcare, a free world where people aren’t judged by their skin color, sexual orientation, political or religious views or social status – is this a chimera?

While many countries base their political regimes on some of the democratic values and principles, it comes a time when leaders or rulers tend to take a few steps back from these beliefs and follow their own political agenda in an attempt to get more power for themselves or the parties that vouched for them.

Let’s take a look at how some of the countries around the world changed their views and political orientations in the past decades and see why they are considered at-risk.

In this case, Hungary changed its status from a free country to a partly free one due to the sustained attacks on its democratic institutions by the government of Minister Viktor Orban. Together with its party, Fidesz, Orban has systematically violated agreements with the European Union by imposing restrictions and trying to control religious groups, NGOs, the media, the courts, and even the private sector for nearly a decade now.

This European country falls into the same category as Hungary not only by being neighbors. Although it was declared a democratic republic at the end of the Cold War in 1989, Romania continues to fail in adopting a truly democratic system. The country’s pandemic corruption touches all political parties that had the power from 1990 until now, including the ruling party PSD.

Similar to Orban in Hungary, Romania’s most popular political party fails to comply to the European Union’s rules on democracy and freedom of speech by attacking the law system and naming corrupt or compromised people in all key-functions in the Government and in all its state institutions.

According to many independent studies and to almost all international organizations, democracy in the United States has suffered severely in the past eight years, being now in decline. The alleged involvement of Russia in the country’s former presidential campaign, the rise of fake news all over and the recent laws passed by most states represent serious proof that the United States fails to offer the democracy it was once envied for.

The country continues to get involved in other states’ personal affairs and suffers from a clear diplomatic mission under the latest president, Mr. Trump.

His virtual attacks on everything and everyone that doesn’t agree with his opinions and the lack of fiscal and economic measures imposed in the local economy to reduce the gap between the poor and the rich ones represent just some of the problems the US Presidency is dealing with currently.

Under Trump’s regime, there was reported an increase in hate-crime speeches and actions, including racism and sexism throughout the world. Women started losing their rights upon their own bodies, while immigrants are abused and treated with disrespect in an attempt to discourage immigration and encourage segregation.

In 2019, the country’s status declined from partly free to not free due to the continuous attempts of the president Museveni to restrict free expression through all means, including regressive taxation on the use of social media platforms.

3 Ways You Can Use Technology to Benefit Your Liberty