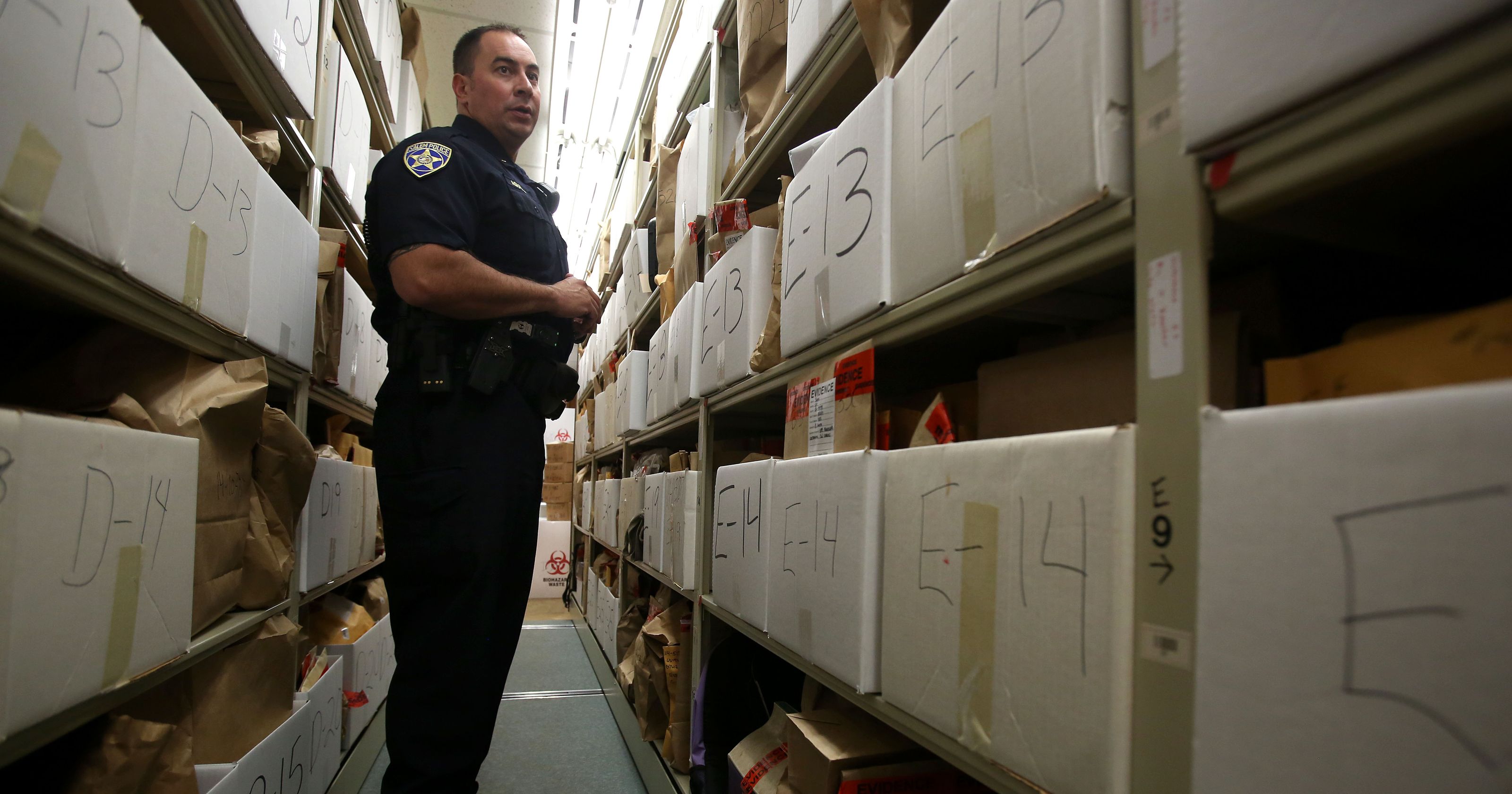 More than two dozen firearms that were supposed to be in the custody of the Metropolitan Police Department (MPD) somehow made their way back to the streets and were used in other crimes, documents obtained by The Daily Caller News Foundation appear to show.

An internal memo from the D.C. Department of Forensic Sciences (DFS) reveals 24 guns police confiscated between 2005 and 2012 vanished from the MPD evidence locker and were later confiscated yet again in other crimes. One of the weapons reappeared in a murder, while several others were used to commit violent crimes

The issue with missing guns rose to the surface after a reporter requested information regarding the firearms recovered during homicides that occurred in 2014.

The information request from Amelia Rufer, a reporter with the website Homicide Watch, was limited to cases from 2014, but an employee at DFS conducted a more thorough review of guns that came through the crime lab and found the discrepancies. The subsequent DFS memo documenting the investigation was provided to TheDCNF by an employee of the department.

The forensics agency keeps track of the serial number of each gun that comes into its possession and determined something was wrong when the serial numbers came back attached to two separate cases.

DFS reviewed the 24 matches and found half of them may have been the result of duplicated registrations. The MPD requires personal firearms be registered with the city. If the gun is later recovered during an investigation, the serial number will be re-registered in their systems, potentially creating a duplicate.

These cases are designated as “yellow flags” in the memo, because while there is evidence the firearm entries may be the result of previous registration, confirmation requires further investigation.

The other 12 matches, which contained no significant connections with investigations or possible duplicated entries, were deemed “red flags.”

In one of the cases, from 2008, U.S. Parks Police confiscated a gun and sent it to the MPD Firearms and Toolmark Examination Unit (FEU) to be test-fired. Police have no record indicating the final destination of the .357 revolver, but the same gun was later recovered as evidence at the scene of a homicide in 2009.

The “red flag” cases included one instance, in 2011, where a Taurus .38 Special revolver was submitted to the MPD FEU for test firing after police recovered it from its owner. Police evidence records indicated the gun was located at the MPD First District headquarters as of Dec. 30, 2011.

Fast forward to 2014, the same gun came back into the possession of police, and was described as a “Police officer’s firearm,” after it was submitted as evidence in an assault on a police officer. As of Jan. 9, 2015, the gun was being held for “safekeeping” by the DFS.

Delonte Yate, the victim in the assault, is described as a special police officer. In Washington, D.C., special police officers are basically security guards who carry guns and are eligible to make arrests. They are licensed by the MPD. It is unknown whether the .38 Special labeled a “Police officer’s firearm” in the memo was in the possession of Yate or belonged to another party involved.

“Without any additional records from 2011, it is unclear how the Taurus .38 Special left MPD custody at the 1st District Property to become a ‘Police officer’s firearm’ in the 2014 [assault on a police officer]. This requires further investigation,” the DFS memo reads.

Another case, from 2009, also involved a special police officer in possession of a gun supposed to be in a police evidence locker.

In 2009, police took possession of another .38 special from Duane Young, a defendant charged with carrying a pistol without a license. The evidence log for the firearm was left blank, but a second entry accompanying the gun showed six .38 caliber bullets in police possession.

Later, in 2012, a police investigation involving the same weapon found it in the possession of Teron Bridgett, a special police officer with Tri-Sec Investigative Service. Notes accompanying the investigation list the actual owner of the gun, and Tri-Sec Investigative Service, as a man named Maurice Lynch. Further, the notes indicate the gun was kept in police custody to be returned to Lynch once he could pass a “Fitness for Duty” test.

“Due to the lack of records from the 2009 [carrying a pistol without a license] case, it is unclear how the Taurus .38 Special left MPD custody to end up in the possession of Maurice Lynch in 2012. This requires further investigation,” according to the DFS memo.

The District took control of the MPD forensics lab in 2012, combining it with the D.C. Public Health Laboratory and the Office of the Chief Medical Examiner. The Consolidated Forensic Laboratory (CFL) has since operated under the DFS.

Beamon directed TheDCNF to contact Lt. Sean Conboy, spokesperson for the MPD. Conboy failed to respond to repeated requests for comment from TheDCNF.

1984 Debate Between Capitalists and Socialists on Morality (Video)