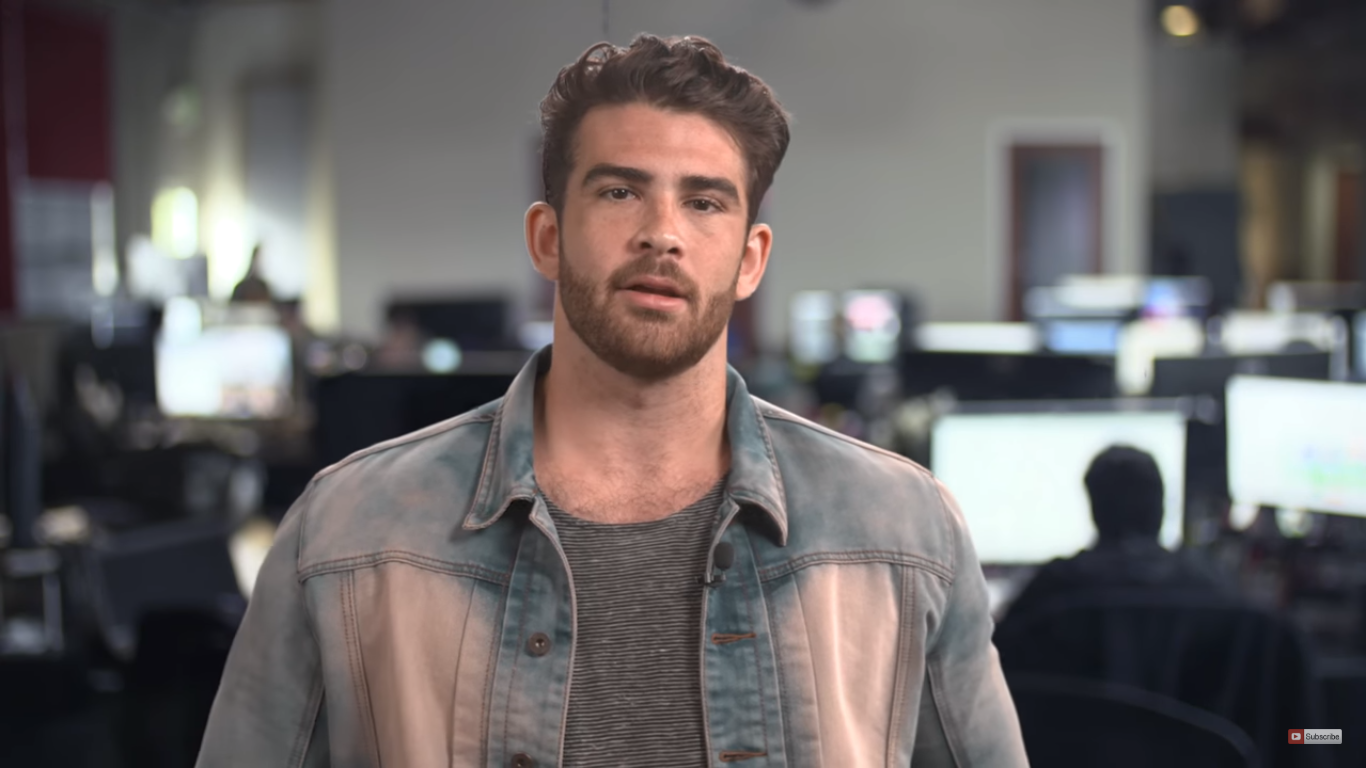 On Thursday, progressive YouTube channel The Young Turks released a video entitled “Libertarianism Debunked.” In the five and a half minute speech, Hasan Piker, the host of “Pop Crunch,” explains what libertarianism is before rebuking it. Though Piker praises libertarians’ “progressive” values on individual liberty issues, he has a problem with their economic policies. Listed is his “debunking” on a point-by-point basis, followed by a “debunking” of our own.

1. “When unchecked, man motivated by self-gain will not ultimately do the right thing.”

Piker begins by non-ironically making this assertion just seconds after name-dropping the “invisible hand.” If he were more familiar with Adam Smith’s theory, he would know that what it means is that potential profiteers are required to do good, even if they do not have the best intentions. Otherwise, it becomes much more difficult for them to profit.

For example, one of the most common foils for liberals are the Koch Brothers. With their massive wealth, they not only involve themselves in politics, but they also give much to charity. While libertarians and conservatives would probably contend that this is a noble pursuit and authentic in its good nature, liberals likely suggest that this is a pure public relations move. The wonderful fact is that it doesn’t matter which side is correct: the less fortunate receive this gifts nonetheless. Even if it is for purely personal gain, the Kochs must take a positive step to garner such praise.

In the more relevant business aspect, producers must create a product which will please their customers. If they do not, they cannot profit. If they upset their potential targets for sales, they cannot possibly make money. For example, note the common liberal joke below about libertarian philosophy:

Ayn Rand, Rand Paul and Paul Ryan walk into a bar. The bartender serves them tainted alcohol because there are no regulations. They die.

The issue with the circumstances in the joke is that bartenders have an express profit motivation to please their customers. If they were to murder (intentionally or not) their patrons, they would be doing harm to their own pocketbooks. Word would quickly spread that their service was not reliable and that drinkers should look elsewhere. Therefore, the “invisible hand” motivates them to do well by their customers, even in the unlikely scenario that they wanted to poison them for some perverse reason.

2. “The whole purpose of civilization should be to ensure that everyone is fed, clothed and housed, and not to create conditions so that the few can secure a substantially greater portion of resources, while others are virtually left with nothing.”

Obviously, this statement is a value judgment, but nonetheless, the contention can be made that libertarianism solves the underlying problems far better than government ever could. Private charity and individuals do far better in satisfying the needs of those in trouble far better than bureaucracy ever can. Whereas the state views the impoverished as mere numbers and statistics, churches and charities serve to connect on an individual level.

Moreover, the free market creates newer and cheaper ways for the poorest Americans to seek necessities. This is because it makes more economic sense to create a product affordable to a large swath of people than it does to create a more exclusive good with few potential purchasers. No better examples exist than McDonald’s and Wal-Mart, who sell millions of items every year at minimal profit margins. However, they provide necessities to a large number of people who could not afford to purchase these goods in previous eras. The added bonus is that these companies also provide jobs for some of the least fortunate among us so that they can have disposable income.

3. “In a truly free market that promotes freedom of contract and deregulation, employers have a right to force rules that would never be permitted in our current democratic systems.”

Piker articulates that this is a conundrum within libertarianism, as this group favors eliminating forceful interactions. However he ignores the difference between government mandates and voluntary interactions. While it is somewhat accurate, as he states, that some poorer people must take jobs they do not want, it is is misleading to say the least. Market competitors also can lure away workers if these persons are being underpaid or poorly treated. If the workers wish to further their bargaining power, they can acquire more marketable skills to make themselves more valuable to their employers.

Because of the mutual freedom of contract, each side can concurrently benefit. In a government system, one must gain while the other must lose. Though outside onlookers may deem a certain person to be a “loser” in a contract, he or she may not deem this to be the case. Ultimately, he or she deserves the right to advance his or her own goals if he or she so wishes. Additionally, natural rights preclude any employers from using force to enforce a contract, unlike government. Any violation of the agreement or other failure to respect the individual liberty of a worker could easily lead to a voiding and/or legal battle.

4. “In the hopes of avoiding the fate of the monarchy during the French revolution, maybe it’s best to retain welfare and at least a modest social safety net, if for no other reason than to keep them from grabbing their pitchforks and turning on you. Think of it as like a riot tax.”

Piker spends a large portion of the video erroneously comparing “runaway libertarianism” to government structures (including the French monarchy). In a libertarian society, violent insurrection is not necessary. The poorest can revolt with the use of whatever little money they may have. If the wealthy cannot receive this profit, they are deprived of any power which they might have.

For this reason, it can be contended that the poor and middle-class are the most powerful segment in a capitalist economy. As Piker himself notes, there are a lot more of the poor and middle-class than there are wealthy. However, this is just the point: this check and balance is what avoids tyranny by the “bourgeois.” It is also important to note that the reason revolutions like France’s were necessary is because government was using force to oppress, and therefore bloody revolt was the only option. In a free market economy, a similar ability is not possible for the wealthy.

In short, The Young Turks use many of the same progressive fallacies to “debunk” libertarianism, particularly as it has become more popular this election cycle. They would be wise to read some of the great thinkers in the movement to better understand its philosophical and practical implications. Otherwise, they risk caricaturing libertarianism and missing the point of the positive effects it could have on society.

Watch the original video below: