Kendall, of Williams & Connolly, has represented the Clinton’s since 1993, when he was retained in connection with the Whitewater investigation.

“Benghazi Committe Dems want us to know that Gowdy has just quietly signed up to appear live on FTN this Sunday,” Kendall wrote, in reference to Face the Nation, the CBS Sunday morning political program hosted by John Dickerson. “Apparently, R’s were disappointed in how little media pick up the SB email ‘revelations’ got. I’m not sure there’s much we can do but be forewarned,” he continued, in reference to news that Sidney Blumenthal, a long time Clinton confidant who was banned from joining the administration by White House chief of staff Rahm Emanuel, was advising Mrs. Clinton in an informal capacity.

The email was sent to Jennifer Palmieri, the campaign’s communications director, and Nick Merrill, Clinton’s traveling press secretary. Senior Clinton aides Cheryl Mills, Heather Samuelson, and Katherine Turner were also copied on the message. All three are lawyers who have counseled Clinton throughout the probe of the private email server she maintained during her tenure as Secretary of State. All three were present when she was questioned by the Federal Bureau of Investigation. (RELATED: Meet The Lawyer Who Repped Hillary Clinton In The Email Investigation)

Mills forwarded the email to “[email protected],” the email address Clinton appears to have been using at the time. The address is no longer active.

“Can we do another video w Brian Fallon or another campaign press person debunking it all before he appears so he has to respond?,” Clinton responded. Fallon is a campaign spokesman.

It is unclear on what other occasions Kendall was in touch with Benghazi committee Democrats. The Clinton campaign did not respond to inquiries by press time. 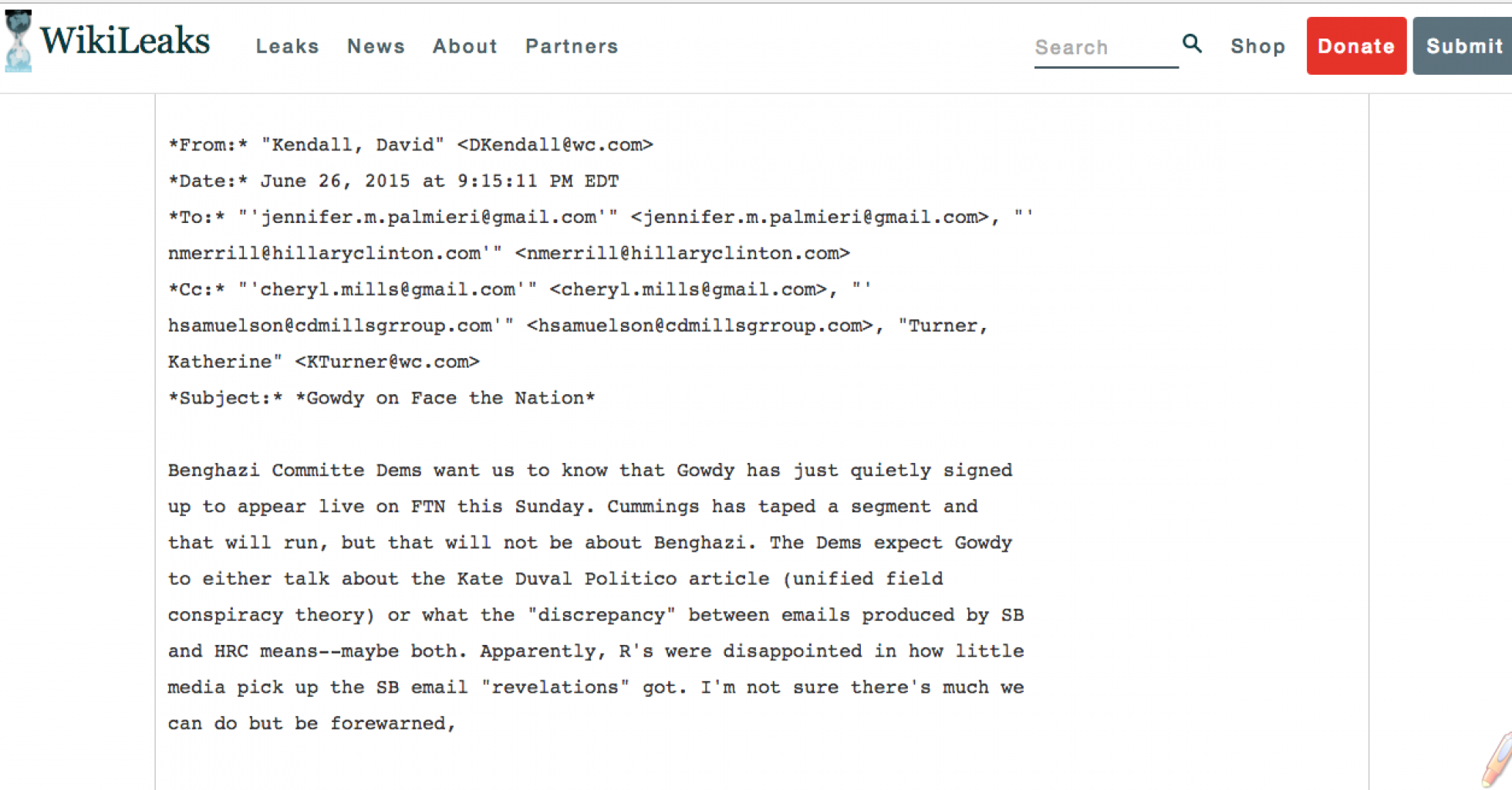 Hillary in Private, Paid Speech: Terrorism ‘Not A Threat To Us As A Nation’