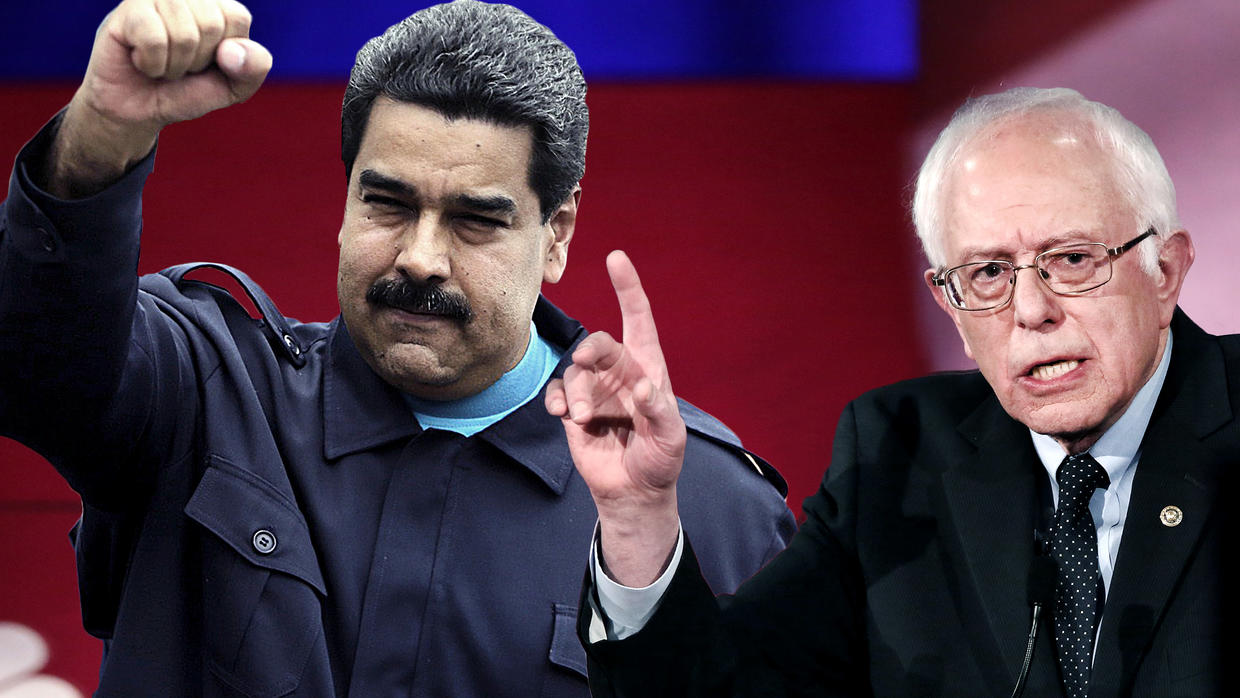 If there is one thing Bernie Sanders is trying to avoid it’s comparisons between his brand of socialism and what is happening in Venezuela. Sanders has skirted the issue, even admitting he should know more about how socialism has worked in Latin America. But all that is lost now as Nicolas Maduro, the authoritarian leader of Venezuela, has heaped generous praise on senator from Vermont, calling him a “revolutionary friend.”

“Bernie Sanders, our revolutionary friend, ought to win in the United States,” Maduro said during an hours-long televised broadcast.

“If the elections were free … Bernie Sanders would be president of the United States,” he said, criticizing the U.S. Electoral College system as unrepresentative of popular sentiment.

Maduro went on to blame all of Venezuela’s economic problems on the U.S. and declared that if our elections were “free” that Bernie Sanders would be winning.

This comes fresh off the heels of North Korean state media lauding Donald Trump. At least we know who the tyrants are pulling for!

Of course, Sanders supporters will scoff at any comparisons between the socialism they advocate for and the system that has destroyed Venezuela; but what else is new? Socialist apologists have been distancing themselves from the ruin which socialism bring for as long as socialism has had a name. Of course, Bernie himself has previous praised breadlines, the Castros, and the Sandinistas, so any attempt to differentiate his beliefs from governments that have oppressed their people and ruined their economies is in vain.