How do we deal with North Korea? 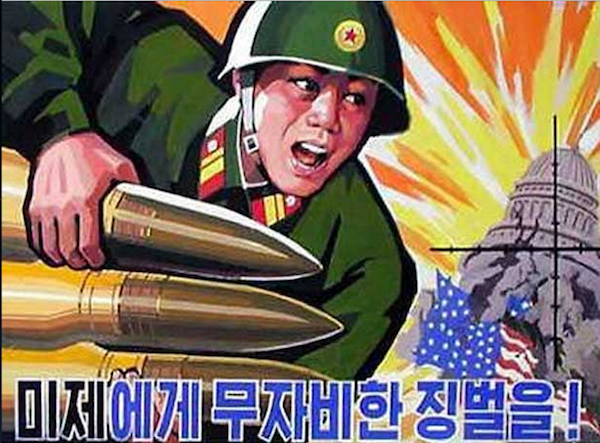 It’s that time of the year again. North Korea, a small time gangster-state is once again playing stick-em-up with the West. North Korea has made numerous claims and threats in the last few weeks. It has dissolved the 1953 ceasefire that ended the Korean war. Missiles, troops and tank divisions are on the move. Nuclear strikes on the US mainland have been authorized.

Let’s consider the facts: North Korea’s third nuclear weapons test resulted in an estimated yield of 6 kilotons. No radiation was detected by foreign observers. By comparison, America’s first nuclear test (codename Trinity) had a yield of 20 kilotons. ALL of North Korea’s nuclear tests have been underground leading to speculation that the test was conducted using conventional explosives to simulate the seismic effects of a nuclear test. The only test of the Taepodong-2 ICBM resulted in failure 30 seconds after launch. It is very probable that the North Korean WMD program is a nuclear Potemkin village.

Why go to such lengths to create this facade, beyond the obvious ideological & defensive ones? For one, the military junta that really runs North Korea wants to project an image of stability within and without. Anti-American propaganda & nationalist chest thumping against the US would make an indoctrinated people forget that they are starving and in for another famine-ridden season. It would cement in their view that Kim Jong-Un is a strong leader who will protect them from imaginary threats to their Communist utopia. Any meagre foreign aid that actually reaches the civilians will be claimed as “tribute” to the North Korean state. The show must go on.

“Pyongyang has the ability to start a new Korean war, but not to survive one”.

The North Koreans are well aware that they are stepping on the tiger’s tail by directly provoking the United States. The official US military war plan in case of a DPRK attack states “Pyongyang has the ability to start a new Korean war, but not to survive one”. America’s strength is of no concern to North Korea. It is South Korea that has shown provocative weakness. Two years ago a North Korean submarine sank the ROKS Cheonan. The South Koreans did nothing. North Korea bombarded Yeonpyeong island injuring 19 civilians and killing 4. South Korea responded with a tit-for-tat artillery barrage after the fact. South Korea and it’s new president Park Gyeun-Hye are well aware they will have to massively retaliate in response to another attack of this kind.

This is an old device of the DPRK, tested and true. North Korea knows it cannot win a conventional war with South Korea. That explains the repeated threats towards the United States through propaganda. The map of America with marked targets, deployment of missiles, ending the ceasefire is a naked ploy to bring the US & China into the fray. Past provocation led to multi-party talks, a reduction in sanctions and economic aid but no reduction in bellicosity from the DPRK. In fact, after Colin Powell & Condi Rice touted the multi-party talks as progress, North Korea conducted its first nuclear test.

Apart from China, the DPRK has no allies in the region. It is surrounded by industrial giants who have preferred diplomacy to militarism this long because of American security agreements. If America leaves the “Asian Tigers” to their fate, it is not beyond the pale that Japan & South Korea will seek to start their own nuclear programs in order to deter future aggression from North Korea and China. Unlike North Korea, they will have the engineering and physics expertise to create high-yield, long range weaponry within a very short time.

Hackneyed as it may sound, the answer to the problem lies in diplomacy. Beijing has had enough of North Korea’s provocations and has suspended high-level talks with North Korean envoys. The short term solution would be to get China to get the DPRK to back off by dangling the carrot of free aid or the stick of harsher sanctions. Free food would immediately be resold on the black market and enrich the ruling elite. The long-term foreign policy goal should be peaceful regime change and reunification of the Korean peninsula. This can only be done in agreement with the Chinese and with the help of the UN Security council. There can be no negotiation with North Korea until and unless the Security Council is unanimous in seeking a peaceful unification process.

As Secretary of Defense, Don Rumsfeld noted that North Korean theatrics tended to occur near US Holidays. There are 90 days remaining between now & July 4. President Barack Obama may hope for a return to status quo, but in pursuing that goal he will implicitly support a world in which the South Koreans live under constant terror and North Koreans live under oppression and starvation. Advanced diplomacy that does not cave to Kim Jong Un‘s brand of state terrorism is critical to avoid a crisis. Working with allies to pursue a peaceful strategy won’t be easy, but President Obama should take a lesson from Harry Truman who said that “Tact is the ability to step on a man’s toes without messing up the shine on his shoes.” 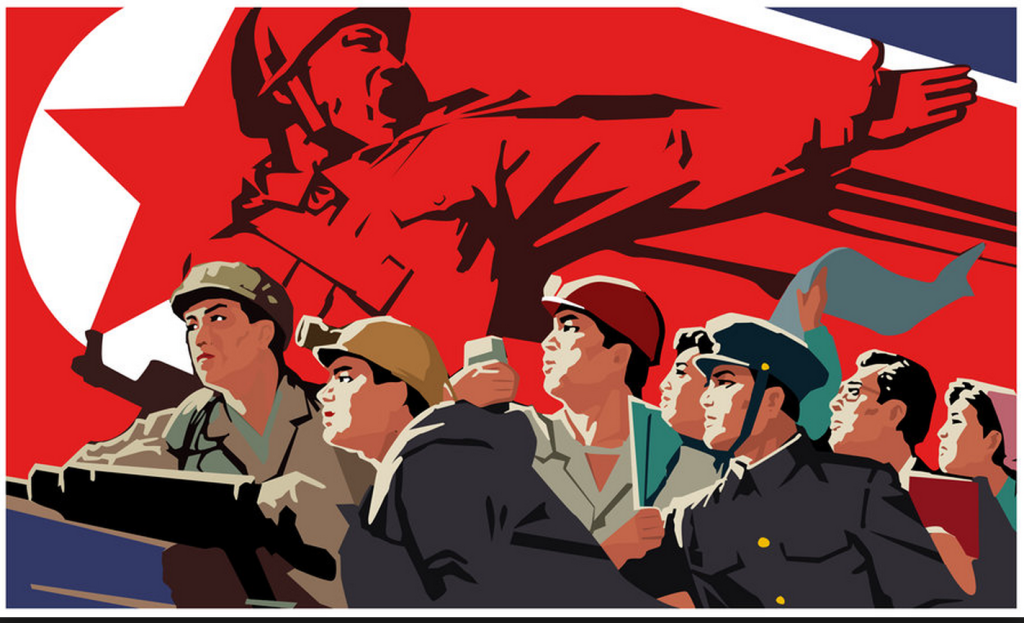