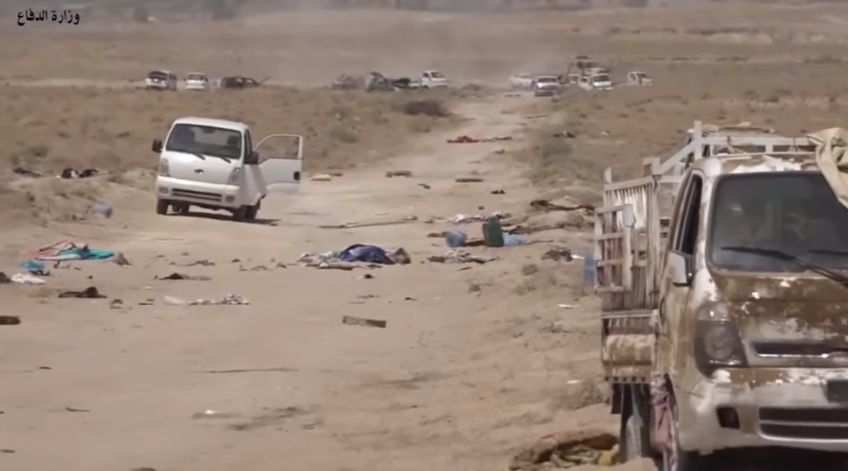 A huge convoy of Islamic State fighters found themselves on the business end of an assault from Iraqi helicopters as they attempted to flee Fallujah.

The video allegedly shows the assault from the perspective of an attack helicopter gun camera. It shows a convoy of what are said to be dozens of ISIS vehicles fleeing the Iraqi city of Fallujah as Iraqi Security Forces (ISF) closed in.

As the vehicles drove down the long, narrow road, they made themselves easy pickings for the attack helicopters, which peppered them with rocket, missile and cannon fire. The latter portion of the video shows ISF soldiers examining the mangled remains of the convoy after the attack.

Banking and the Popular Imagination