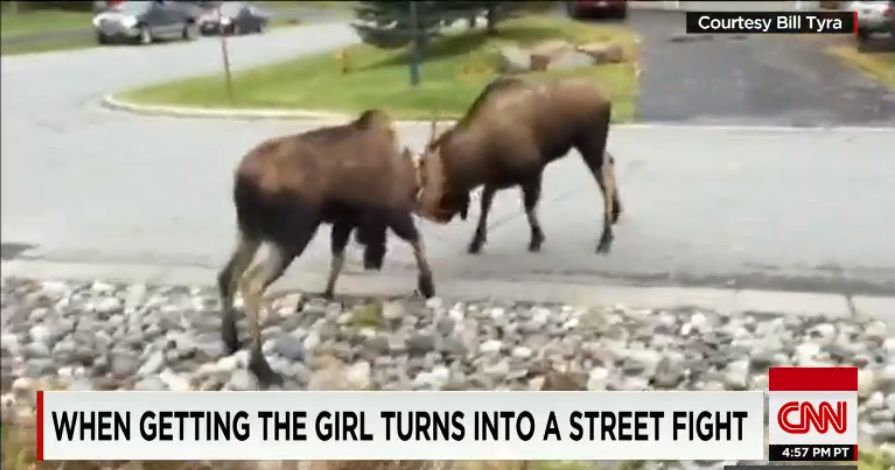 This video uploaded to YouTube shows two moose “rutting in action.”However, the moose are so engrossed in their battle, that they seem completely unaware that they are being watched, unfazed that they are in driveway, in the suburbs.

The brawl ultimately continues into the road. Fortunately, the person in the video appears to have hurried away when it the protection of the truck was no longer there and the moose tumbled into the road.

It was probably a wise decision. Moose can run up to 35 miles an hour over short distances, and trot steadily at 20 miles an hour.
This is the time of year when males, called bulls, start mate calling. Typically, they keep their distance from each other, but on occasion a male will encounter another and will fight for mating supremacy using their antlers.

An interesting fact about moose; After mating, the two sexes will go their separate ways until the following year. Though they may occasionally feed near each other, they tend to ignore each other.

Hillary Is Not a Victim