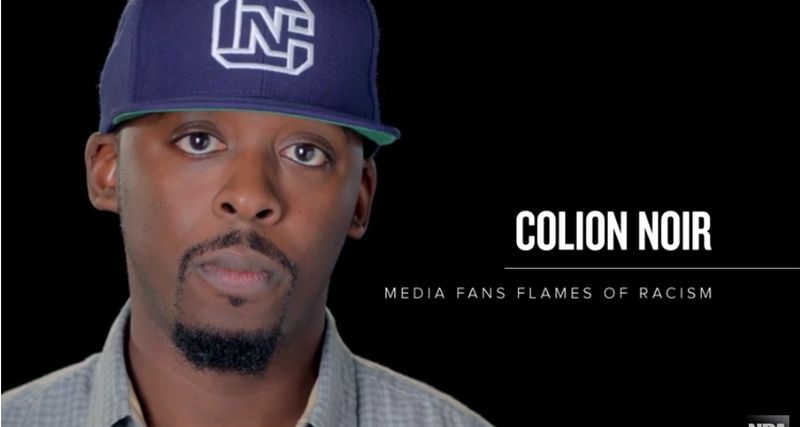 After every national tragedy, the one thing you can always expect is widespread media coverage. While an important tool in keeping the public informed of these events, the media is often pushing an agenda. After the tragic shooting of Philando Castille, the media rushed to stoke the flames of racial tension. NRA News commentator Colion Noir isn’t letting them get away with it.

In a new NRA News video, Media Fans Flames of Racism, he blasts those who say that the NRA doesn’t care about black gun owners.

Philando Castile was a 32-year-old black man with a concealed carry license who was stopped for a broken tail light.  I’m a 32-year-old black male with a concealed carry license, and I was stopped two weeks ago. The NRA doesn’t need to make a statement about Philando, because they gave him his own show. I’ve been fighting for gun rights under the NRA brand for years; y’all just got here.

What truly fires up Noir is when “socially inept morons” say that Noir’s being used when he represents the NRA, and that directing messages to people of different backgrounds is just “pandering.”

I got my own show under the NRA brand where I’ve had countless black people, gay people, hippies, whites, Mexicans, Asians, you name it, but still you deflect again and say, “Now the NRA is just pandering,” and call me a coon and Uncle Tom when I’m fighting for the same damn rights that Martin Luther King, Huey Newton and Malcolm X fought for.

In Noir’s mind, it’s the national news media that truly displays racist traits. The same people who declare the racism of the NRA are the same ones that try to keep African Americans from being able to defend themselves. You can watch Noir trash these liberal elite below:

As Noir points out, it’s impossible for these anti-gun activists to name one thing that the NRA has done to make it harder for African Americans to access firearms. While the NRA is not always the first to speak on matters of police brutality, accusations that they’re only concerned about whites seems more than a little absurd.

The liberal elite who pedal gun control ignore the history of the black experience in America.

“The Democratic Party invented gun control after slavery to keep guns out of the hands of Black people and they haven’t stopped since,” Noir charges. African Americans were ritualistically abused throughout American history, and the right to bear arms would’ve gone a long way in protecting their persons and property.

The national media constantly ignores the facts of why African Americans would want to arm themselves, and would rather push stories that sell ads than promote a rational discussion. Divisive politics have consistently defined the media, and news that doesn’t confirm their narratives never makes it to prime time.

Noir is just one example of African Americans who can feel safer on the streets through their constitutional right to bear arms. While the media may be on an active campaign to paint them as incapable victims while fostering racial divide, that does not jibe with reality. Until the media reports news as it exists, and not how they want it to exist, we will continue to face a divided America.

Black Lives Matter Roadblocks Are Hurting Their Cause