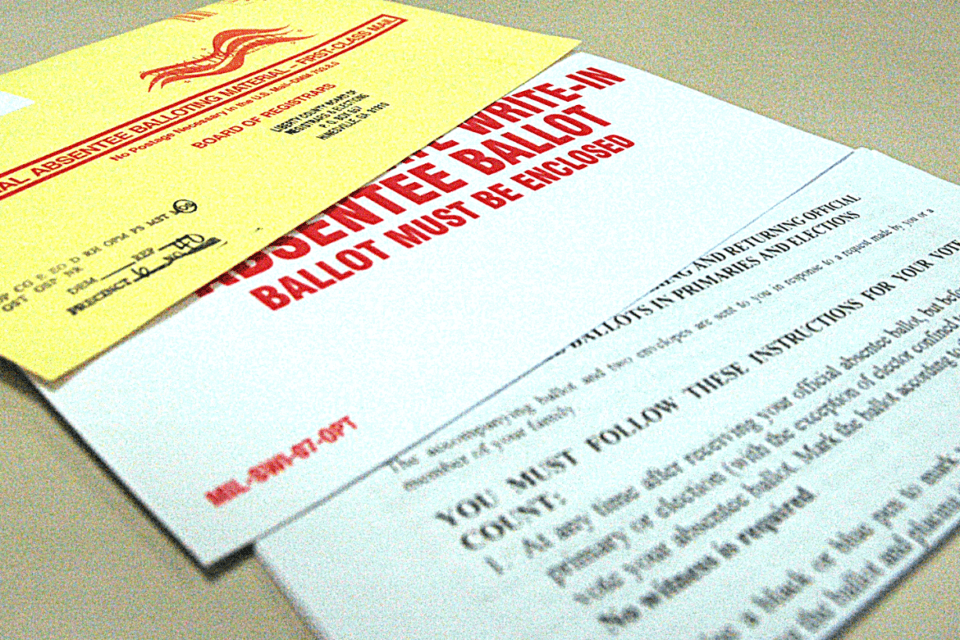 Notwithstanding allegations of election fraud, there is a real legal issue putting at risk the votes Pennsylvanians cast after the polls closed on November 3rd. An issue four U.S. Supreme Court justices indicate needs review.

The facts are not in dispute. The legal question is whether Pennsylvania’s Supreme Court has any extraordinary powers to extend the time for voting beyond the time set by the state legislature?

Pennsylvania voters cast over 6.6 million votes. Joe Biden leads by 45,000 votes or about 7/10th of one percent. Some unknown number of those votes were cast after election day but within the three-day extension set by the Pennsylvania Supreme Court.

Unlike the disputed allegations of voting fraud by the Trump campaign, there are no disputed facts surrounding the Pennsylvania court’s time extension. In 2019, the Pennsylvania legislature expanded who could vote by mail and allowed voters to secure mail-in ballots as far out as 50 days before the election. It also extended the deadline for election officials to receive absentee ballots from 5 p.m. on election day to 8 p.m.

The state’s Democrat Party asked the Pennsylvania Supreme Court to extend the legislatively mandated deadline, by three days, for receiving mail-in ballots due to the pandemic related delays. Republicans opposed the request. The Pennsylvania Supreme Court extended the deadline for three additional days, until 5 p.m., November 6th. The court conceded that the judiciary “may not usurp the province of the legislature by rewriting [statutes]; the statute was unambiguous, constitutional on its face and not in need of interpretation.”

Notwithstanding such findings, the Court decided, due to the pandemic delays, to balance the broad language of the Pennsylvania Constitution (the electoral process in Pennsylvania is open and unrestricted to voters) against the mandate in the U.S. Constitution that state legislatures establish the times and manner of holding elections. Using its balancing approach, the Pennsylvania Supreme Court asserted “Extraordinary Jurisdiction” to “[e]xtend the received-by deadline for mail-in ballots to prevent the disenfranchisement of voters.”

The Pennsylvania Republican Party sought a stay of the counting from the U.S. Supreme Court. The stay was denied on October 19, 2020, but four justices noted they would grant the application. Republicans, on November 6, 2020, asked the U.S. Supreme Court to order the segregation of the mail ballots delivered after election day. Justice Alito ordered county boards to keep separate the ballots arriving after election day.

While the number of ballots at risk is unknown, what is known is 78% of mail-in ballots were for Biden. The vote difference between Biden and Trump is around 45,000 votes. If more than 60,000 ballots came in after election day, and are deemed invalid, the results could radically change.

The outcome of this issue is of extreme importance to our electoral process. If the U.S. Supreme Court takes up the issue, it will have the opportunity to clarify who sets the terms and conditions for elections—state courts or legislatures? The U.S. Supreme Court might hear this case now that it has nine justices.

The outcome has huge implications, including setting aside the twenty electoral votes now believed to go to Biden. The U.S. Supreme Court would have several remedies. It could invalidate the votes and determine the election results based on the new vote count. Or it may find neither candidate secured 270 electoral votes and send the election to the House of Representatives.

While it is highly likely Joe Biden will be the next president, the U.S. Supreme Court must address the Pennsylvania court’s claim to have “Extraordinary Jurisdiction.” Either state legislatures set the time and manner of elections or they do not. This issue is capable of repetition. If the Supreme Court avoids this fundamental question of law, future state courts will claim “Extraordinary Jurisdiction” to control elections. The chaos resulting from such a decision will undercut the legitimacy of our electoral process.