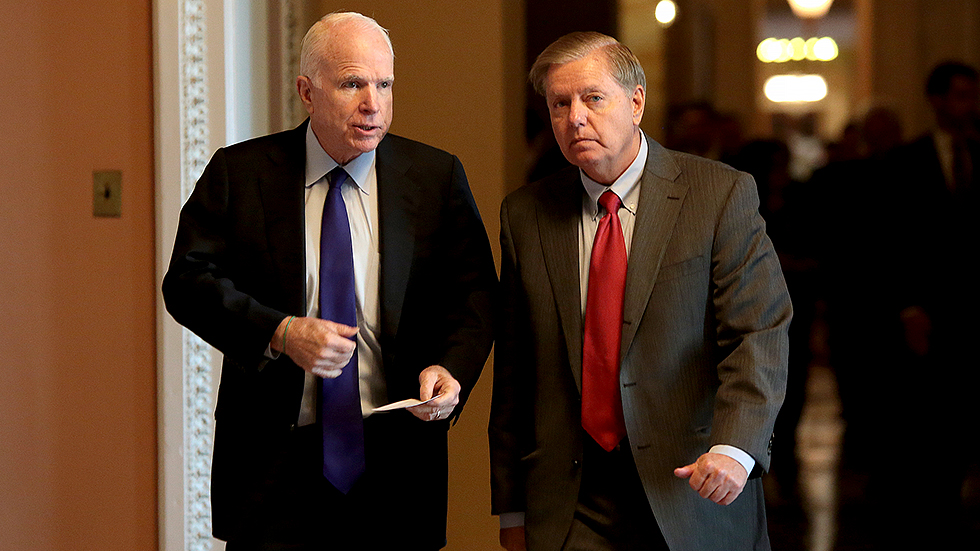 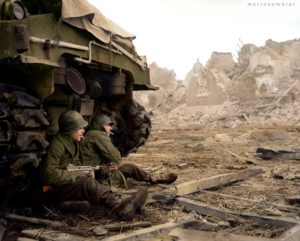 Recently Senators John McCain (R-Arizona) and Lindsey Graham (R-SC) wrote an editorial pressing the view that more forces are needed in Afghanistan. The editorial first appeared in the Washington Post and it can be read in it’s entirety here.

Let us discuss the op-ed in question. The central thesis is that the American mission of denying terrorists a base of operations in Afghanistan MUST be seen through, and that to do this, more troops will be required on the ground in Afghanistan. The editorial is full of stirring calls to action in attempts to enjoin the war weary American populace to once more grip tight the sword and hold high the shield. Using emotional plays like the obligatory mention of the attacks on Sept 11, 2001  as well as a short statement about the human cost of the war in Afghanistan (more than 3,000 deaths across the coalition).

Ultimately the idea of occupying Afghanistan to deny terrorists it’s use is akin to standing on one particular area of your lawn as a means of preventing weed growth. Sure, you might prevent more weeds from appearing on that patch for as long as you are there but your effectiveness doesn’t contain the entire lawn. Now you might spread yourself further and further across the ground in an attempt to prevent weeds from growing in other places, and heck, you might even convince others to stand on more parts of your lawn. However this is a fundamental misunderstanding of the nature of weeds (terrorists). Unfortunately for the modern geopolitical gardner EVERYWHERE is potentially fertile ground for a determined weed. This means that the old idea of seizing certain points as a means of defeating an enemy is simply less applicable against this particular kind of enemy.

As usual it is to our British Imperial geopolitical ancestors that we must look to if we want a real glimpse at the sort of means it takes to ‘win’ this type of war. The best comparison for the current US situation in Afghanistan to my mind is a somewhat obscure war that took place at the turn of the last century between 1899 and 1902 known as the Second Boer War. It’s a interesting bit of history worth reading up on but suffice to say it pitted the British, the the world’s Superpower, against two tiny states known as South African Republic and the Orange Free State. The disparity of forces was enormous, Britain with her global empire against the two Boer states with a combined population that MAY have reached 450,000.

By the way…this should sound familiar.

Long story short the British were run ragged and embarrassed badly in the early stages of the war by small units of Boers fighting with guerilla tactics. Even after seizing the Boer capitals, which by many traditional definitions should have ended the war, the British still confronted an eager enemy. They quickly learned that the only territory they ‘controlled’ was that which their soldiers physically stood on and it was time for new measures.

First, Britain started by implementing a scorched earth policy. Anything they found that could support or give comfort to their enemy they carried off or destroyed. Second, they rounded up every Boer or native African civilian they could find and penned them in labor camps. Finally, they responded by enlisting willing Boers to aide their forces and teach them to fight as their enemy did. This approach eventually, after a great deal of human suffering, yielded results and the rest is history.

I may be in the minority here, but I don’t actually like that idea.

The prospect of American soldiers rounding up all civilians and penning them for the crime of simply living in a particular area isn’t appealing. Neither is the idea of leaving the Afghan countryside a smoking ruin in the name of making it unusable to the enemy. But I bring it up to illustrate the sort of measures that have, in the past, been necessary to ‘win’ a similar kind of war to the one the US now faces. It’s hard to imagine even our current leadership officially sanctioning these practices but now we reach the heart of the issue: leadership. And more specifically the kind the US currently enjoys remains our biggest problem. For our new Caesar and MILLIONS like him across the country I don’t think there is a true understanding of what is really entailed if ‘victory’ is to be found in Afghanistan.

Consider the classic scene from “All Quiet on the Western Front”. Paul returns to his hometown on leave and spends some time a Bierhall. There he finds old men, completely oblivious to suffering and human cost of the war, talking about the need for ‘hard blows’ and ‘one final push toward Paris’ while staring at a map. To them it’s simply the lines on said map moving forward a few more inches and the war is won. To Paul it’s the reality of friends dying and months spent living in hell. Whats tragic is that many of our nations leaders ARE these old men. And in particular our current Caesar vividly demonstrates this sort of intellectual blind spot. One more hard blow, one more push toward Paris, one more surge in Afghanistan.

Sure, with enough spent in lives and treasure we may eventually brute force our way to an acceptable solution in Afghanistan. But is that really the best way? This disastrous experiment in regime building has been going on for 16 years now. To put that in perspective: longer than both world wars combined. Are we absolutely SURE that the best solution we have to go with is simply more? Push harder! Is it beyond the power of the human imagination to find some other way? Or, and this would perhaps be the most painful, admit that only pride is being satisfied by continuing?

We risk running into the same pitfall that world leaders faced in 1916-17. The Great war had raged for years at unimaginable costs of human lives and suffering and world leaders became stuck. If for no other reason than the price paid, they HAD to ‘win’ the war, no matter what. This meant more men, money, and material fed into the malestrom. All so the leaders could proclaim victory. But as was fairly asked at the time: victory of what? Even if Afghanistan were to be annexed directly into the United States this war could never be made to pay for itself in the short term. It is possible that in the long run enough could be extracted from our imperial possession to payback the costs in money and material, but never the human cost. And since it seems unlikely that annexation is in the future, we won’t even see those windfalls. Time to ask the hard questions of ourselves. Can we win? Will we win? What will it ultimately cost to win? And…what do we really win?

If A Sex Tape Falls In The Forest, And Nobody’s Around To Report On It, Does It Make A Sound?