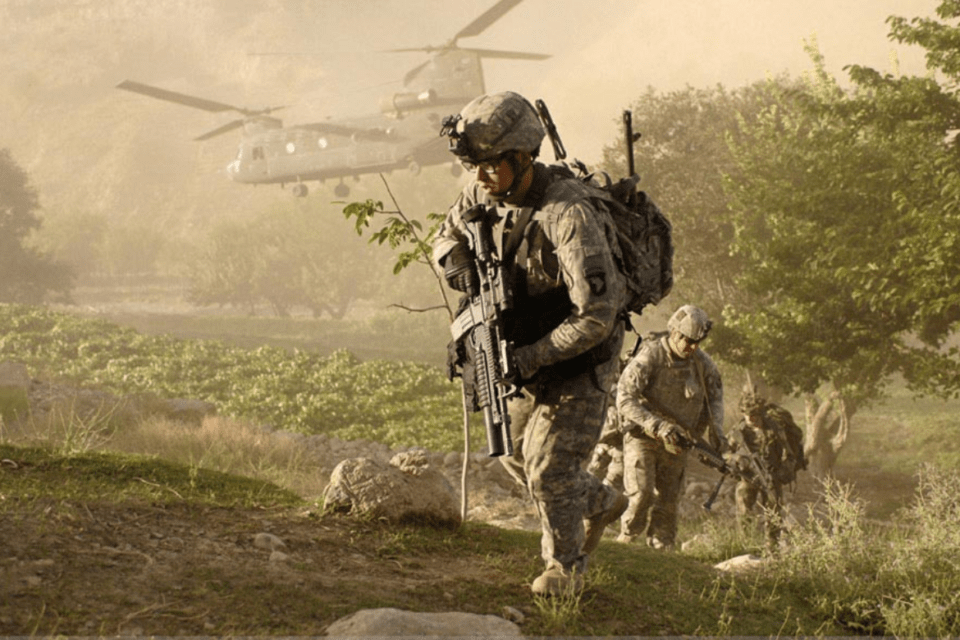 Seemingly lost last week amid coronavirus fears and the senseless murder of George Floyd were reports circulating that President Trump was weighing options to withdraw all U.S. forces from Afghanistan by November in time for the general election. These reports contradicted the earlier agreement that the Trump administration made with the Taliban in February, which called for a 14-month withdrawal contingent upon a reduction in violence in Afghanistan. Either way, the 19-year conflict, which began when I was three years old and has since consumed all of my formative years, is drawing to a close.

As American troops withdraw from Afghanistan, all that remains in the broken country is the tattered remains of American arrogance. The Bush triumvirate, composed of President George W. Bush, Vice President Dick Cheney, and Secretary of Defense Donald Rumsfeld, fomented this arrogance. These three imagined themselves as 21st Century military and cultural innovators, re-pioneering the nature of war to always ensure that American exceptionalism (AKA exporting democracy) would prevail no matter the conditions on the ground. Combining airstrikes with proxy forces would surely defeat al-Qaeda and their Taliban protectors they thought. And at first, they appeared correct. Bush declared victory in 2004 and the country seemed peaceful.

But there were warning signs. America’s light troop presence allowed high ranking al-Qaeda members like the notorious Osama bin Laden and Taliban Supreme Commander Mullah Omar to slip into Pakistan. Settling in the mostly autonomous tribal regions in Pakistan gave both al-Qaeda and the Taliban breathing room to regroup. This helped the Taliban in particular as it gave them the strength to organize an insurgency that still plagues Afghanistan to this day.

Failure on the media’s part kept this insurgency from resonating with the American public. By relegating Afghan coverage to the back pages, Americans became complacent and disinterested. This, combined with the fact that few body bags came home during the 19-year conflict, Americans gradually lost the awareness that we were still at war in Afghanistan.

But interest wasn’t the only thing Americans lost. As of December of 2019, the United States spent about $2 Trillion on fighting the Taliban. But there are other, non-quantifiable losses that the American public incurred. Afghanistan is the world’s foremost opium producer, accounting for about 90% of the worldwide heroin supply. Thousands upon thousands of Americans have undoubtedly suffered because of the inability to stifle this production.

My heart goes out to all the soldiers who have lost their lives in this once noble pursuit. My heart throbs because they were not only put in harm’s way for a result that will be much like the one they initially encountered but also because of the horror and torment they were subjected to. Witnessing suicide bombings and the horrors of war is not a thing I would wish on anyone. It seems that American soldiers were truly never safe in Afghanistan, whether they were patrolling the countryside or relaxing at base. While on patrol, they battled an enemy they could see. But on base, they waged war against an imperceptible, and for some, a more dangerous foe. Upon return to the U.S., Afghan war veterans have reported cancer diagnoses at staggering rates, which is probably attributable to exposure to radiation at several bases in Central Asia. What’s even more tragic is that the government refuses to acknowledge the link between being stationed at these cancer-causing bases and future sickness. As a result of this, sick veterans must cover their own medical costs.

We also cannot forget the thousands of innocent civilians who have lost their lives due to indiscriminate bombings and airstrikes carried out by American forces. Countless Afghans and Pakistanis have lost their lives because of these strikes and tragically, they are forgotten, seen as collateral damage in the mission to secure American exceptionalism in Afghanistan.

American arrogance has paved the way for all this to occur. But this arrogance has achieved nothing substantial. The situation on the ground is no better now than it was on September 10, 2001. All that remains is the American military, withdrawing with its tail in between its legs, like a wounded pup. Left behind are the memories of those lost in battle—both Americans and Afghans—as well as the scars all those directly and indirectly affected by the war carry.

Will America learn from this mistake? Probably not, as complacency has found a home in America. Indiscriminate killing of civilians as well as deflecting of accountability are as much a part of the American Dream as apple pie and baseball. American arrogance reigns unabated.

The best sports documentaries you can watch