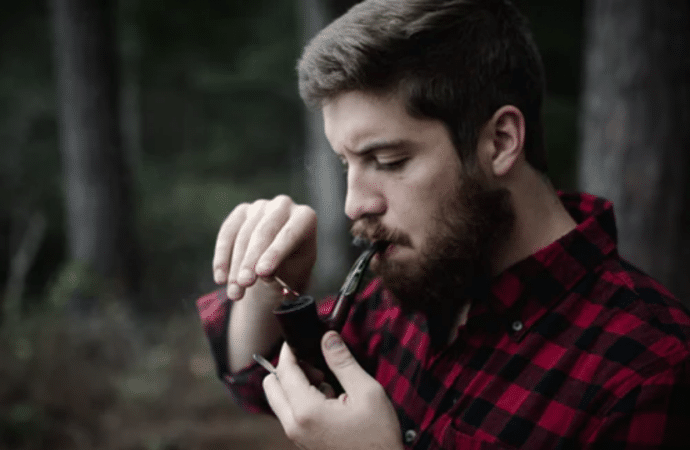 The government’s war on tobacco continues to rage with it’s latest assault, H.R. 2339, which, if signed into law, would effectively outlaw the online sale of tobacco products.

This bill made it out of committee and was passed on to the House of Representatives on November 19th. If  this tyrannical act makes it to President Trump’s desk, it would severely restrict the freedom of tobacco users, including pipe and cigar smokers due to the legislation’s vague language. In addition to outlawing internet sales of all tobacco and vaping products, it would raise the minimum federal smoking age to 21 and end the sale of all flavored tobacco products.

A tobacco product is “any product made or derived from tobacco that is intended for human consumption, including any component, part, or accessory of a tobacco product (except for raw materials other than tobacco used in manufacturing a component, part, or accessory of a tobacco product).
(2) The term “tobacco product” does not mean an article that is a drug under subsection (g)(1), a device under subsection (h), or a combination product described in section 353(g) of this title.
(3) The products described in paragraph (2) shall be subject to subchapter V of this chapter.
(4) A tobacco product shall not be marketed in combination with any other article or product regulated under this chapter (including a drug, biologic, food, cosmetic, medical device, or a dietary supplement).”, according to the section 201 of the “Federal Food, Drug, and Cosmetic Act.

‪I finally got a new pipe to replace my first (cheap $7)I upgraded to a Dr. Grabow “Grand Duke”. Much better in quality and a great smoker! Dr. Grabow pipes are actually made in Sparta NCwhich is about 45 minutes from where I grew up. They have been in Sparta since the 1950’s and was one of the most popular pipe brands in the heyday of pipe smoking. They were sold in drugstores all across the country.

This means that were this bill to become a law that the government would severely restrict the sale of nearly all tobacco products. What is their justification for this tyrannical act? The proposed aim of this bill would be to stop children from vaping and buying cigarettes. Still, if you care to search through the babbling language of this bill, you will find that its implications would greatly restrict the liberty of cigar/pipe smokers and vapers were it to become law with language that could give the government power to restrict the sale of tobacco in what appears to be endless ways as the verbiage isn’t clearly defined.

As a cigar and pipe smoker myself, I am appalled, but not surprised that government officials could be gearing up to attempt a prohibition movement aimed at tobacco products using the public safety of children as a disguise for their tyrannical actions. Although the war on tobacco doesn’t seem to get as much press coverage as the war on drugs, it is very much alive.

From Friday, this place is like a candy store for me. I love going into a humidor.

The claim that this act would better work to prevent nicotine addiction among children is nothing but a load of horse crap. Children do not smoke cigars or pipes, nor are cigars or pipe tobacco marketed to kids. When was the last time you saw a kid attempt to use the internet to purchase pipe tobacco? If our representatives think that the cigar and pipe communities are buying their snake oil pitch, they have another thing coming.

Some of you reading this may think I am just a mean man who would rather the children of America be nicotine slaves who die of lung cancer, and you’d be right! I would rather we all die as free individuals than allow ourselves to live as serfs under the illusion of security.

If you just read those last two sentences and thought I am nothing but a selfish, evil bastard, I say this only to emphasize that I will not allow the government to play me for a fool to infringe upon personal liberty. I care very much about my health as someone who hits the gym with a religious vigor and works hard to ensure I intake the proper nutrients each day I would never do anything that I knew would endanger my physical health. In fact, as I wrote in my article “Have a Cigar, the Government Hates it!”, the FDA released a study in 2016 that said a person could smoke one to two cigars a day without experiencing any statistically significant increase in a risk of cancer. A pipe can be included in this same category as well because, like cigars, there are no added chemicals and carcinogens, just pure tobacco.

As I said before, I am not a medical doctor so I will not make the claim that tobacco use is completely healthy. But I will say that based on my research, it is not the danger it is cracked up to be, and many people group all tobacco use in with cigarettes which isn’t honest or medically accurate.

Regardless of what one may think about tobacco, those of us who care about individual liberty and recognize the sovereignty of the individual can see this bill for what it is -- a broad-reaching act in an ever-growing war on our freedoms. It is sad to think that we still have not learned that prohibition doesn’t solve problems. It only makes them worse. We cannot afford to stand by and allow bureaucrats to overstep their bounds. If we do, I fear our freedoms will dissipate quicker than the smoke from my pipe.


Darling, darling, don't stand. By me.

Keep up the fight @repthomasmassie