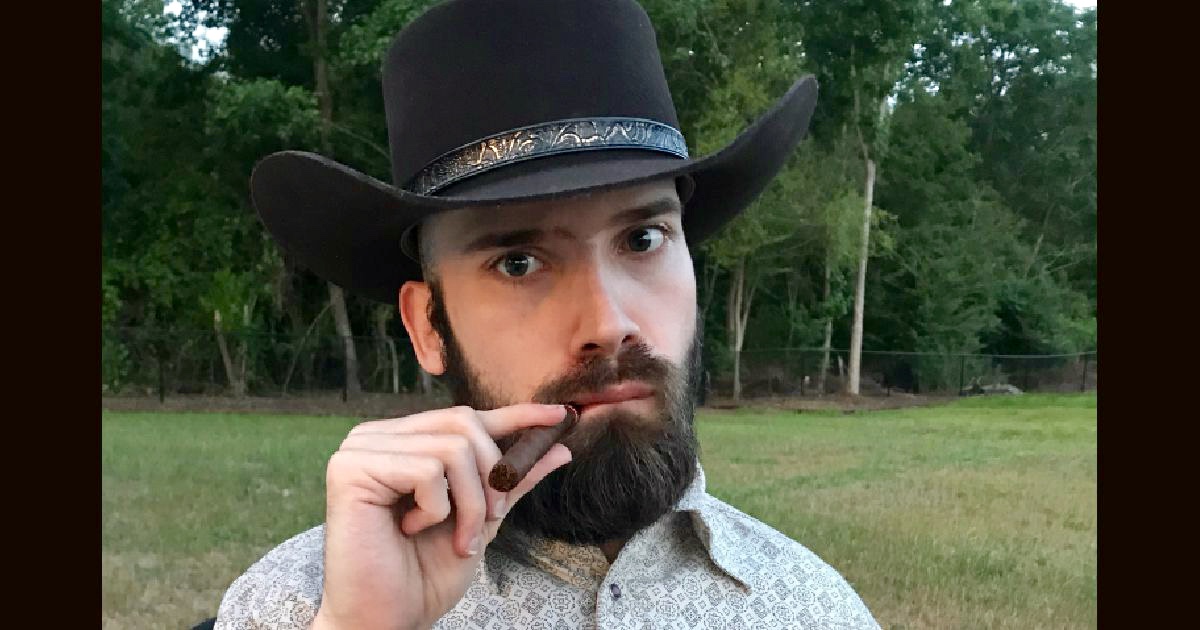 It all started with a video I posted to my Twitter account on Saturday of my brother-in-law striking a match to light an El Credito cigar I smoked while wearing my Stetson cowboy hat and playing the theme music from “The Good, the Bad and the Ugly.” Something we did strictly for fun and a few laughs as I have been a fan of Clint Eastwood and western movies in general since childhood.

I captioned the video ” It’s no secret that I’m a big fan of Westerns and being a #ClintEastwood fan I had to get the same cigars he smoked in “The Man With No Name” trilogy. I enjoy cigars because I find them relaxing and because Leftists hate them.”

It’s no secret that I’m a big fan of Westerns and being a #ClintEastwood fan I had to get the same cigars he smoked in “The Man With No Name” trilogy. I enjoy cigars because I find them relaxing and because Leftists hate them. pic.twitter.com/AZPbMeCOtK

So "spaghetti westerns" shot in Italy influenced you to smoke cigars? That sure sounds like a millennial thing to do. What "wing" of politics do you think are sitting in cigar bars and microbrewery's now, planning impeachment parties? Silly rabbit!

And he doesn't realize that Sergio Leone came from a socialist background, and that his spaghetti westerns are loaded with criticisms of capitalism. https://t.co/ldYeQe7HbZ

Leftist hate cigars and the right hate Cuban cigars. And libertarians believe in all cigars even blunts.

Two of the best reasons.

I love how the older generation want to shame the younger generation for making individual decisions. I don’t do things to be like anybody just because @scrowder presented research that made me consider smoking cigars which I now enjoy. I make my own decisions, I own my own life. https://t.co/G7WIXpP6sI

Many people realized the light-heartedness of my post while a few individuals (whom I suspect are likely socially Conservative authoritarian types) attempted to shame me for my hobby, insinuating that I am a Communist and a “typical millennial” who can’t think for himself and gives in to peer pressure. Usually, I would let things of this nature go, but the more I thought about it, the more I thought it would be appropriate to write a response in an article to show you that big government does indeed hate cigars.

I am currently a novice in the realm of cigar smoking, but it didn’t take me long to realize that, like everything else good in the world today, government has to stick its grubby paws into it. Don’t believe me? The website cigaraficionado.com has an extensive list of articles all about the government’s war on cigars. It’s interesting to note that the FDA launched its war on cigars with the “Tobacco Control Act” in spite of the fact that the same agency released a study that reached the conclusion that consuming one to two cigars a day “ while not completely safe, is neither associated with significantly increased risks for death from all causes, nor smoking-related cancers.”

The city of Beverley Hills California also recently voted to ban nearly all tobacco products by 2021 but exempts former governor and actor Arnold Schwarzenegger’s favorite cigar club. This is another prime example of how the elites want to control the average man with “illegal substance for me, but not for thee” laws.

I am not a medical doctor, so I will not officially make a medical claim that cigars are healthy and I’m not saying everyone should be religiously smoking stogies. However, I can’t stand the idea of anyone attempting to restrict my individual liberty by restricting the consumption of cigars, which I find relaxing. I do tend to agree with the opinion of Steven Crowder and Denis Prager that it may have some health benefits strictly because it helps some people to relax and de-stress which is overall beneficial to an individual’s health.

I highly recommend watching the video regardless of how you feel about smoking cigars because it’s very educational. I should also disclose that as a libertarian I strongly disagree with Mr. Prager on marijuana, but I appreciate that he is honest that his opinion on marijuana is purely anecdotal.

I have a strong feeling Richard Overton, who was once the oldest living WWII vet, would agree with Crowder and Prager on cigars; Overton, who passed away in December of 2018 at the age of 112, was once asked what were his secrets to a long and happy life. His answer?

As a libertarian, I believe strongly in the principle of self-ownership, which dictates that I can put in my body what I choose. And I don’t see how my hobby is any business of government or anyone else. I see the government’s war on cigars as yet another assault on individual freedom which must not be allowed to continue. As I said before, it’s something I do because I find it relaxing. It’s a personal added pleasure that authoritarians hate it.

In response to all my haters, I say – Put that in your pipe and smoke it!

In Money We Trust (Documentary by Steve Forbes)