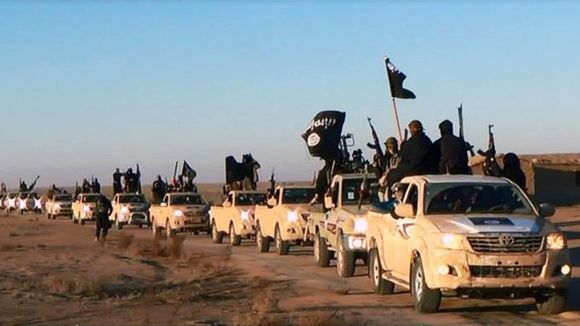 U.S. arms were meant to go to the Syrian Kurds. But now those arms are in the hands of ISIS.

The United States military has recently responded to a new ISIS video, which shows a masked militant possessing a crate full of hand grenades. The video brags ISIS forces have been able to capture arms air drops shipments meant for the Syrian Kurds. “These are some of the American aids that were dropped for the atheists in the PKK,” the masked ISIS militant boasts in the video.

The U.S. military admits some of their airdrops do not make to it intended recipients–that is, their lethal aid falls into the hands of ISIS and other radical groups. When this happens the U.S. claims to take action to destroy the very arms they just dropped into country in order to prevent “supplies from falling into enemy hands.”

The incident highlights the difficulty in making sure all airdrops are accurate, even with GPS-guided parachutes that the Air Force commonly uses. Airdrops of food and water to religious minorities trapped on mountain cliffs in northern Iraq in August hit the mark about 80 percent of the time, Pentagon officials said at the time.

The United States began dropping weapons, ammunition, medical supplies and other equipment to fighters defending Kobane on Sunday night, in part because Turkey would not allow Kurdish fighters to cross its borders into Kobane to bolster the town’s defenses.