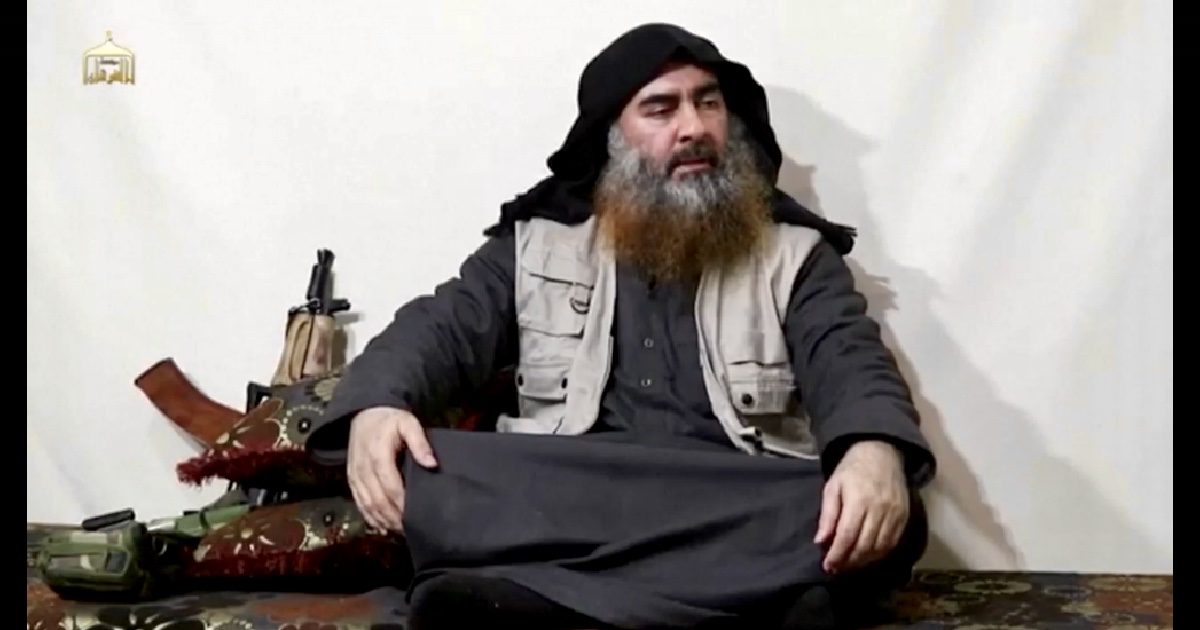 9:04AM UPDATE: President Trump is holding a press conference confirming the death of Abu Bakr al-Baghdadi.

Last night was a great night for the United States and for the World. A brutal killer, one who has caused so much hardship and death, was violently eliminated—he will never again harm another innocent man, woman or child.

Abu Bakr al-Baghdadi, the leader of the Islamic State of Iraq and Syria, is believed to have been killed during a raid by U.S. Forces in Idlib, Syria, on Saturday.

The leader of the well known terrorist organization previously had a $25 million dollar bounty on his head before he was killed Saturday night, according to Fox News.

Something very big has just happened!

U.S. Army sources told Newsweek that they have “high confidence” that Baghdadi was killed after a short firefight with Delta Force Rangers in which Baghdadi and two of his wives detonated their suicide vests. Newsweek reported that no children were killed during the attack, but the location was destroyed by an airstrike in order to avoid being turned into a shrine to the terrorist leader by sympathizers to the cause. DNA samples are currently being tested to confirm that the suspected target in the head of the former Islamic caliphate, according to Newsweek.

IS leader Abu Bakr al Baghdadi is believed to have been killed after a US operation in Syria.@Stone_SkyNews says it's "clearly a very big moment in the story of the Islamic State".

While President Trump has yet to make an official statement regarding the death of the former ISIS leader, many have taken to social media to vocalize their support for President Trump’s approval of the mission, which is believed to have eliminated Baghdadi.

The wins keep on coming! Just hours after tweeting this out, Baghdadi was killed from a US Military operation.

Incredible images of American who took out al Baghdadi. pic.twitter.com/oucUpaYZdg

President Trump is expected to make an official statement regarding the raid at 9 AM Sunday.

The news of the possible death of the leader of ISIS, as well as the elimination of the former Islamic caliphate in March 2019, appears to be dealing significant blows to the terrorist organization. One can certainly hope that American involvement in the region will soon come to an end.

How To Carve a Ron Paul Pumpkin