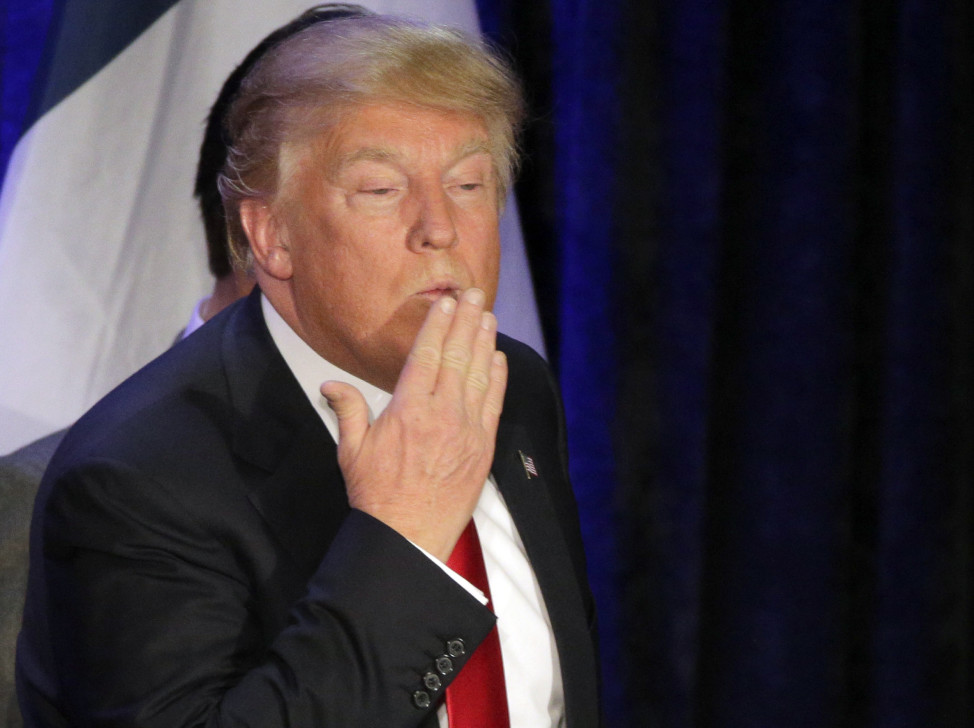 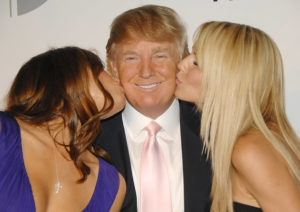 Coming off his most recent incidents like the 2005 Access Hollywood audio of himself and host Billy Bush using vulgar language to describe women, and even appearing to laugh off a comment about potential sexual assault, Trump cannot seem to shake the inappropriate as it pertains to his relationship and appropriateness with women, or the accusations that Trump would casually walk into the changing rooms of the Miss Teen USA pageants and Miss Universe pageants, where the contestants would be exposed and vulnerable.

A newly released video obtained by CBS News, dated from 1992, shows Trump interacting with a group of young girls at his Trump Tower in New York City. You can hear Trump making a little bit of small talk with the group, just before he makes a creepy suggestive comment toward a 10 year old female. “I am going to be dating her in 10 years. Can you believe it?”

On top of this video release comes a story from The New York Times (NYT) in which two women have come forward to claim that Trump inappropriately touched them.

Apparently spurned to action by the most recent presidential debate, where Trump admitted to his comments in the past, but claimed that he had never taken any of the actions he boastfully described, Jessica Leeds and Rachel Crooks decided to end their silence.

Leeds, who lives in Manhattan, NY, claims she wanted to “punch the screen,” upon hearing Trump’s remarks. She told a story about an encounter with Trump that would make anyone uncomfortable just reading the words.

Ms. Leeds said she sat beside Mr. Trump in the first class cabin of a flight to New York. They had never met before.

About 45 minutes after take off, she recalled, Mr. Trump lifted the arm rest and began to touch her.

According to Ms. Leeds, Mr. Trump grabbed her breasts and tried to put his hand up her skirt.

“He was like an octopus,” she said, “His hands were everywhere.”

She fled to the back of the plane. “It was an assault,” she said.

Ms. Leeds has shared this same story with at least four people closer to her, who also spoke with the New York Times.

Crooks, in 2005, the year of her alleged encounter with Trump, was a 22 year old receptionist for a company which operated inside Trump Tower in Manhattan. She told NYT the following occurred upon her encounter.

Aware that her company did business with Mr. Trump, she turned and introduced herself. They shook hands, but Mr. Trump would not let go, she said. Instead he began kissing her cheeks. Then, she said, “he kissed me directly on the mouth.”

“It was so inappropriate,” Crooks recalled in an interview. “I was so upset that he thought I was so insignificant that he could do that.”

Shaken, Crooks returned to her desk and immediately called her sister, Brianne Webb, in the small Ohio town where they grew up, and told her what happened.

“She was very worked up about it,” said Mrs. Webb, who recalled pressing her sister for details. “Being from a town of 1,600 people, being naive, I was like ‘Are you sure he didn’t just miss trying to kiss your cheek?’ She said, ‘No, he kissed me on the mouth.’ I was like, ‘That is not normal.'”

Then in an even more high profile accusation, a former People Magazine, Natasha Stoynoff, claims that in 2005 during what was supposed to be a “first year anniversary” feature story on Trump and his new wife, Melania, Trump, while showing her around, closed a door to a large room and began to as Stoynoff put it, “he was pushing me against the wall and forcing his tongue down my throat.”

We walked into that room alone, and Trump shut the door behind us. I turned around, and within seconds he was pushing me against the wall and forcing his tongue down my throat.

Now, I’m a tall, strapping girl who grew up wrestling two giant brothers. I even once sparred with Mike Tyson. It takes a lot to push me. But Trump is much bigger — a looming figure — and he was fast, taking me by surprise and throwing me off balance. I was stunned. And I was grateful when Trump’s longtime butler burst into the room a minute later, as I tried to unpin myself.

I was still in shock and remained speechless as we both followed him to an outdoor patio overlooking the grounds. In those few minutes alone with Trump, my self-esteem crashed to zero. How could the actions of one man make me feel so utterly violated? I’d been interviewing A-list celebrities for over 20 years, but what he’d done was a first. Did he think I’d be flattered?

I tried to act normal. I had a job to do, and I was determined to do it. I sat in a chair that faced Trump, who waited for his wife on a loveseat. The butler left us, and I fumbled with my tape recorder. Trump smiled and leaned forward.

These accusations, all being eerily similar to the actions describe in the 2005 audio with Billy Bush which the Trump campaign has called nothing more than, “locker room talk,” seem to be painting a larger picture that overwhelmingly pushed back against the notion that Trump holds a deep respect for women. And to compound this quandary further, his son has come out and tried to excuse his father’s behavior by saying, “I think sometimes when guys are together they get carried away, and sometimes that’s what happens when alpha personalities are in the same presence. At the same time, I’m not saying it’s right. It’s not the person that he is,” in an interview with the Colorado Gazette.

It is certainly looking as if Trump has built a pattern of awful behavior towards women, even if we take it at its softest tone and assume that ever single incident was in jest, it is still in horrible taste. At worst, Trump’s behavior, and the allegations piling up against him, if proven true, would put him in the same realm of his favorite scapegoat, former President Bill Clinton.

None of the actions taken by Trump at all excuse his rival’s, Democratic Presidential candidate, Hillary Clinton, or her husband’s actions, but they should be held and questioned on the same level. After all, one candidate being bad does not make the other less so.

Voters, must begin to ask themselves: what standards do we hold people running for the highest office in the land to? Is there anything that is below the office of the Presidency anymore?

Dear Tomi Lahren: “Shut the Hell Up” About the Trump Tapes