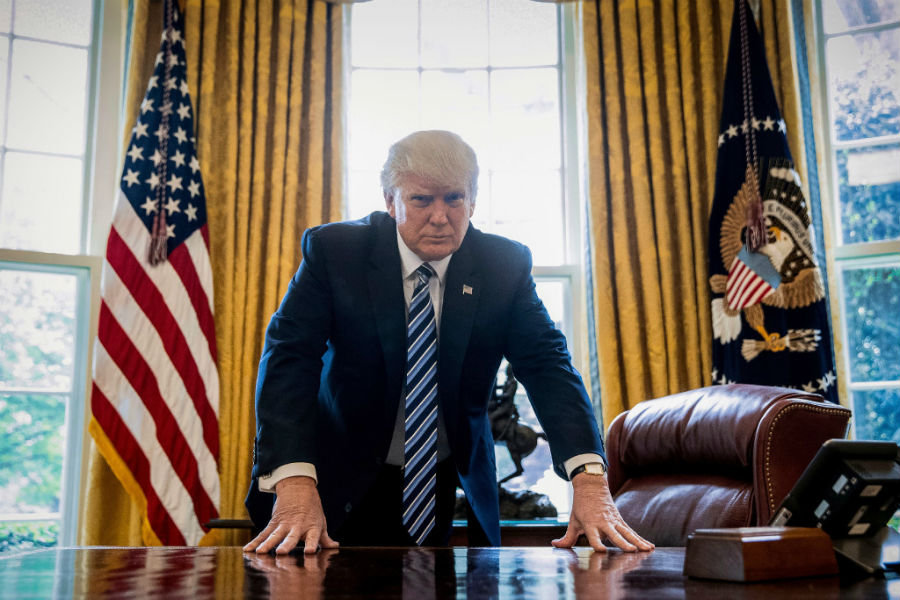 President Donald Trump issued a ban on transgender people serving in the military to ensure that House Conservatives didn’t derail their own spending bill, which was packed with administration priorities including funds for the border wall.

Trump’s stunning Twitter announcement came after defense hawks and social conservatives had threatened to blow up the appropriations bill if it did not include a ban on Pentagon funding for gender reassignment surgeries, reports Politico. Conservatives had long been leaning hard on the president to cancel an Obama administration initiative to admit transgender people to combat roles and pay for medical treatment plans.

“There are several members of the conference who feel this really needs to be addressed,” senior House Committee on Appropriations member Robert Aderholt of Alabama said Tuesday. “This isn’t about the transgender issue; it’s about the taxpayer dollars going to pay for the surgery out of the defense budget.”

Facing resistance from Speaker of the House Paul Ryan and GOP moderates, they took their concerns to the Pentagon, but Secretary of Defense James Mattis refused to immediately rescind the Obama policy on transgenders in the military.

With few options left, Rep. Vicky Hartzler of Missouri went straight to the White House, warning the president that GOP conservatives were prepared to scrap the spending bill containing border wall funds and a hike in defense spending. Trump responded in typical fashion, tweeting out an order that surprised even those who had lobbied for changes to the transgender policy. (RELATED: Trump Says Transgenders Will Not Be Allowed To Serve In Military)

“[P]lease be advised that the United States Government will not accept or allow Transgender individuals to serve in any capacity in the U.S. Military,” he tweeted Wednesday morning. “Our military must be focused on decisive and overwhelming victory and cannot be burdened with the tremendous medical costs and disruption that transgender in the military would entail.”

The new policy, which for now appears to be a total ban on transgenders in the military, goes beyond the prohibition on paying for transition surgery Hartzler and other conservative backers sought. Congressional aides say none of the defense or appropriations committees in the House and Senate were given any kind of advance notice about the decision, reports CNN.

“It was a complete surprise, not only to us but to the Pentagon apparently,” House Committee on Armed Services Chairman Mac Thornberry said.

As Politico reports, the dispute within the GOP over transgender policy began two weeks ago. Most of the Republican contingent in the House backed a Hartzler-sponsored amendment to a defense spending bill that would ban funding for gender reassignment surgeries hormone treatments for active-duty troops. To their surprise, 24 moderate Republicans joined Democrats to defeat the measure, killing further debate on the taxpayer-fund treatment of transgenders in the military.

The move prompted Hartzler and other conservatives to lobby the White House directly. As they found out Wednesday, Trump was happy to oblige their request and then some.

“This was the right call by our commander in chief, to make sure every defense dollar goes toward meeting the threats that we are facing in the world,” Hartzler told Politico. “The entire [Obama-era transgender] policy … is a detriment to our readiness.”