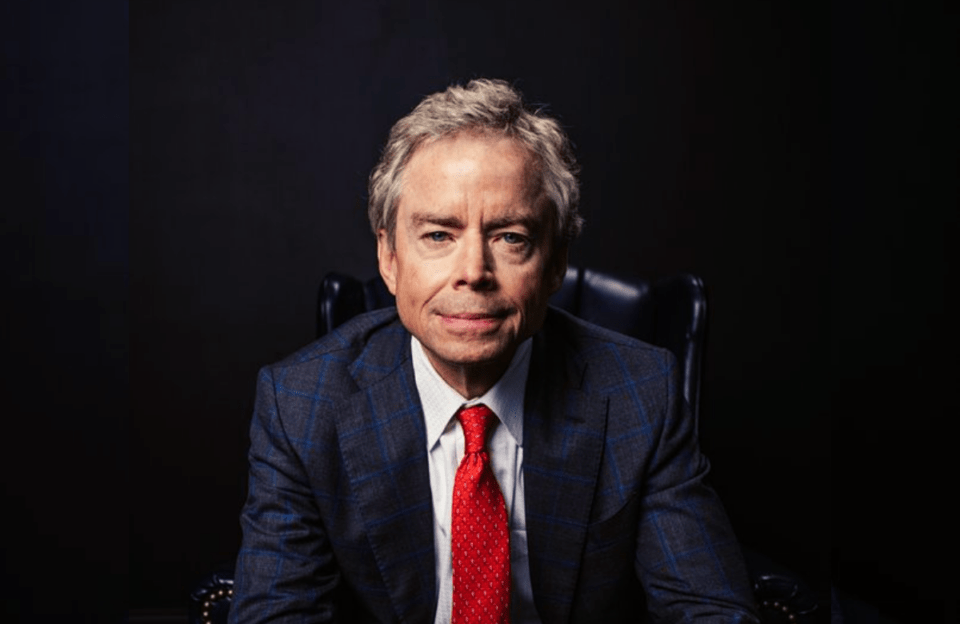 Don Huffines is a former Texas state Senator who is presenting a primary challenge to Greg Abbott for Governor of the great state of Texas. He seems highly favored by the liberty wing of the GOP due to his association with the Pauls, having been a big backer of Ron Paul’s campaigns, both Congressional and Presidential.

“What is the fundamental role of government? Ask everybody running for office that,” he told us when we talked to him this week. “And Ron Paul told me that years ago when I asked him and I’ve got him in my office. The fundamental role of proper government is always to defend your liberty—your God-given liberty—and everything else is secondary. And that’s a fact.”

As a state Senator, he was known for eliminating entire agencies of government, such as Dallas Public Schools, which didn’t run any schools but did have “over 3000 employees, over $100 million annual budget”.

It was the “largest political corruption scandal in the modern history of Texas,” according to Huffines.  “And bottom line, we got six people that went to jail, including the City Mayor Pro Tem of the city council in Dallas” for things such as kickbacks through this remnant agency, now eliminated. And as a Dallas County resident, it is no longer on my property tax bill.

Which is another notable portion of his candidacy; his proposal to end property taxes in the state.

We had to ask— You’ve proposed eliminating state property taxes completely by phasing them out long term. You’ve said that by the time you leave office, you plan to fully remove the public school portion. Texas has no income tax and you said income tax is “off the table”. Texas has a balanced budget amendment. How exactly would you plan to pay for the state to fund education given all that?

“Yes. Well, the best way to start whittling that—it’ll take about a decade to get rid of all the property taxes. You cap state spending at a small level, which is like increasing state spending at 2%. And state revenues generally are growing at about 7-8%. And then you take that growth in revenue that’s not being spent, and you can buy down sales tax or property tax. You can move some of the burden on property tax over to the sales tax bucket. And then buy that down with the growth in government. And eventually, it’ll all match up where revenues coming in equal the amount of money we’re currently getting from property taxes, and at the same time, fully funding education and the political subdivisions that are dependent on property tax.

I think that the thing to remember here is that, in Texas, in every state in the nation, you never own anything as far as real property. Every building, every piece of land, every ranch, every farm, every business building, it’s all owned by the government. All we do is rent it from the government, and that rent goes up every year. We don’t even know what the rent’s gonna be. All we know is it can increase in taxes.

Well, how would you imagine the prosperity we will create, if we don’t have any of it? Imagine how much wealth will be created overnight, when truly, Texans can own their own property and use that money for other things. I mean, half of the property taxes are paid by businesses, half paid by residents. So it’s a massive economic stimulus beyond comparison. And people tell me, they say ‘hey, Huffines, every state’s got property tax, you can’t do it’. And I’ll say, I don’t ever say the C-A-N-T word. This is Texas. We can do anything. Everything is possible in Texas. And I’ll say finally, we’re going to get our swagger back. And we’re going to do something that that no state’s ever done before and we’re going to show the world what it’s like when you have real economic freedom.”

Texas is known for being, well, the belt buckle of the Bible belt, and the conservative powerhouse attracting all those pesky transplants from California and Chicago. But in Huffines’ mind, many Republicans in government are anything but conservative.

“I think that we have a lot of people that call themselves Republicans, and they really are not. And they don’t really believe in it. The Republicans have controlled everything in Austin for 20 years—the House, the Senate and the Governor’s mansion, and the Governor’s seat—and we barely get anything passed that the grassroots wants done.”

Case in point? “I’m the one that filed the ESA bill, the Education Savings Accounts bill. We’ve got a long way, I’ve always supported school choice and different ways to do it. Tax credits, education savings accounts, things like that. But we don’t go anywhere with it, because our Republican leadership doesn’t want to go anywhere with it.”

And nowhere does Huffines seem to see leadership more lacking than in the position he’s running for, and he hits Abbott on this point often. “The future of this country rests with the states. It rests with Texas. And I could go on about that—without leadership at the Governor’s level, we’re lost.

We’re being invaded on the border with millions of illegals this year. And Texas will definitely be lost and if Texas is lost, the US is lost, and the free world is gone. The only hope we have, the only chance we have, of saving liberty, our God given liberty, and what the country was created and founded on, rests on the Governor of Texas. And a Governor who’s got courage, tons of courage, and I do. And that’s why I’m running. Because the job’s not getting done. And I’m going to get it done. It’s about leadership and no excuses. You know what an excuse is, don’t you? Just the skin of a lie.”

This border issue is one of the animating issues of Huffine’s campaign. Fellow candidate for Texas Governor in the Libertarian Party, Dan Behrman, wanted to ask about just this, and we passed on his question. “Hypothetically, if there were no welfare benefits for illegal immigrants, and if there was no job shortage to speak of for American workers, would you still prioritize the wall and border security as a major campaign theme?”

“Yes, we have to have secure borders. I’m a firm believer in having secure borders and law and order. Right now that border is being overrun by cartels. In Mexico, the Mexican cartels, these are the most dangerous criminal organizations, really, in the world. And no one crosses that border without paying them. They’re human trafficking. Everyone, everyone that crosses the border is being human trafficked… paying off the cartels, sex trafficking, murder, rape. It’s rampant in Mexico and along the border. And I think your listeners or your print media, whatever… needs to understand what an invasion this is. And the last month alone, last trailing 30 days, it looks like 400,000 illegals have come into Texas without being caught. Another 175,000 were apprehended just on the Texas border. So this literally is an invasion by almost any definition.”

Fortunately or unfortunately, depending on your view, it’s a theme Huffines repeatedly returned to. When we asked what he thought of Trump’s recent endorsement of Abbott?

“You know, he’s just always such a wild card. I supported the President, but you just don’t know, never know where he’s coming from. And, look… it doesn’t change the facts. Texans are smart. And the Abbott administration’s a failed administration. The border’s more open than it’s ever been. Abbott’s never cared about the border until he had to politically. He’s a political wind sock. This is a guy who’s a career politician, been in office 31 years. You know, he’s always been on the on the Texas taxpayer payroll.

Huffines didn’t hold back on his primary opponent. As far as he’s concerned about Greg Abbott? “He’s not a champion of anything. It’s just, he has no leadership at all. This state’s leaderless. It’s like I said, a sailboat sailing around with no rudder in it… just wherever the wind blows him.”

One of the areas he hits Abbott on was his response to COVID. “I’ll just say Abbott was a disaster for Texas. His response was a disaster. And it’s important that everyone understands that every way the state responded to COVID was directly… he was directly responsible for that. It’s all on him. He destroyed 3 million jobs in one day, he put 3 million Texans on the unemployment line in one week. He destroyed thousands of businesses.

Constitution didn’t give him the authority to do that. But he did it anyway. He unilaterally decided which ones were essential, which ones weren’t. He picked businesses that, you know, donated to his campaign or which lobbyist got to him last. It was very unconstitutional. He shredded the Constitution, a document that he swore to defend and uphold. He shredded it…

He was just following along what all the elitists would tell him. All the elitists and all the crony capitalists and all the know-it-alls from the Austin swamp all the way up to the Washington DC/New York swamp. He listened to them all. He wasn’t going out and doing anything different. He was just following right along with the pack. And the bar is really low. And you know, even closed our churches. He closed churches on the holiest day of the year at Easter. I mean, holiest week of the year. It was a disaster for Texas. It was a disaster for our Constitution and our liberty.”

To find out more about Don Huffines, you can visit his campaign website here.