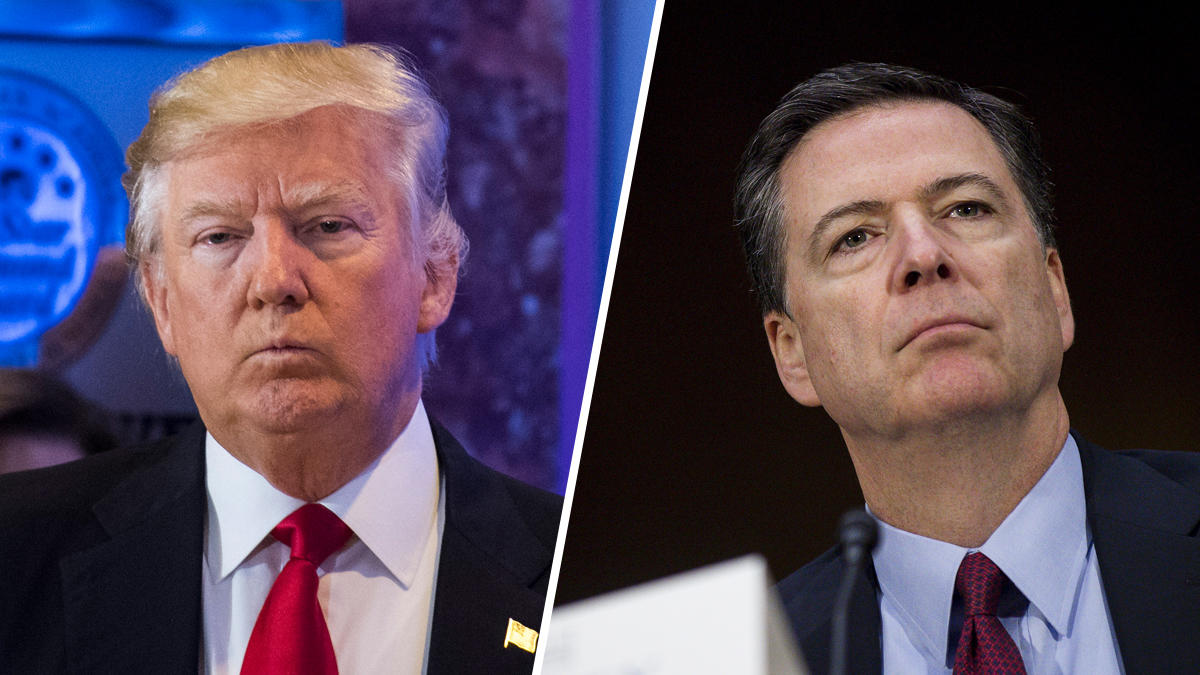 President Trump, as he usually does, took to Twitter to wage a war against his “enemies,” and keeping with the times, former FBI Director Comey is the President’s crosshairs.

Following a slew of tweets surrounding current situations like the investigation into potential connections between Russia and the Trump administration, his Deputy Press Secretary’s lackluster performance at the podium, and his new trade agreement with China, President Donald Trump unleashed a veiled threat to the former head of the FBI James Comey. The threatening tweet, referenced the leaky siv that has been the White House and administration, and forewarned that should Comey decided to leak information to the press, he better “hope that there are no ‘tapes'” between himself and the President.

James Comey better hope that there are no "tapes" of our conversations before he starts leaking to the press!

The threat opens the door to many questions though.

Is the President worried about Comey leaking to the press? and if so, why?

What was on the “tapes” that is worrisome to Comey?

Is the White House recording private conversations without the knowledge of both parties? and if so, to what end?

The threats from the President appear to fit the narrative of some reports that claim that Trump sought out the loyalty of Comey, to which he only received a tepid response.

What we do know at this point is that Trump has explicitly mentioned that he had at least three conversations with the former chief of the FBI, and that Trump has admitted that in those conversations, Comey supposedly reassured the President that he was not personally the subject of any federal investigations.

‘He said it once at dinner and then he said it twice during phone calls,’ Trump said.

He described a matter-of-fact exchange over dinner in which he asked an unusual question and got an unconventional response.

‘I said, “If it’s possible would you let me know, am I under investigation?” Trump recalled.

‘He said, “You are not under investigation”.”

RELATED: Here Are The Candidates To Temporarily Replace James Comey

The Daily Mail reports that it is rare for a federal law enforcement official to tell anyone, including the President of the United States, whether they are being investigated.

Acting FBI Director Andrew McCabe, who has contradicted the sentiments coming from the White House on several occasions, the most impactful of which was the White House’s narrative that Comey had lost the lost the confidence of the FBI’s rank-and-file, pointed out the remarkable nature of Trump’s version of his conversations with Comey. McCabe told a Senate panel it was not ‘standard practice’ to tell an individual whether they are or are not under investigation, according to the Daily Mail.

Most Presidents try to avoid having a presence in legal matters, so as not to appear to be injecting politics into law. Trump’s comments demonstrated his striking deviation from that practice, said the Daily Mail.

Whatever the situation, or Trump’s ongoing handling of the circumstances, it can be assured that the situation between the two men appears to be coming to a boiling point. Which in the long run may be seen as another blemish on the new administration.

According to sources who reported to ABC News, Comey was furious at the lack of respect the White House showed him in the way he was fired.

Associates say he is simmering at some of the comments directed at him by White House staffers, who have used words like “atrocities” to describe his actions as director.

One person close to the former director said that President Trump calling Comey a “showboat” and suggesting he is not “competent” has required Comey to show considerable restraint.

While Comey, at least for the time being appears to be laying low, it is almost certain we will hear his side of the story, which he says he is “confident” in, at some point. Especially given that he has been invited to speak in front of the Senate Intelligence committee next Tuesday.