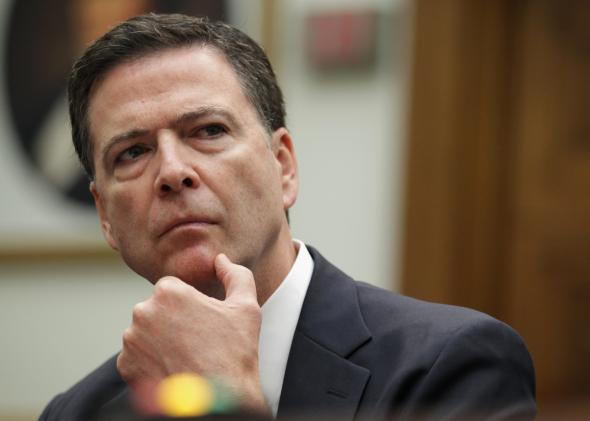 The Trump administration has fired Federal Bureau of Investigation Director James Comey, saying it was necessary to restore “public trust and confidence” in the nation’s top law enforcement agency following several tumultuous months, according to the Associated Press.

“The FBI is one of our nation’s most cherished and respected institutions, and today will mark a new beginning for our crown jewel of law enforcement,” Trump said in a statement.

The firing of Comey marks on the second time in history that a sitting FBI director was fired by a president. The other being William Sessions in 1993 fired by President Bill Clinton, reports CBS.

James Comey is only the second director of the #FBI to be fired… the other was in 1993 when Bill Clinton fired William Sessions – @CBS pic.twitter.com/hGhaIz7FQb

The White House said the search for a new FBI director was beginning immediately.

Trump, in his statement to Comey, mentions that he took this action on recommendation from the Department of Justice, and Attorney General Jeff Sessions, and Deputy Attorney General Rod Rosenstein.

The recommendation to fire Comey rested on the way that the now former FBI director disclosed the investigation into Mrs. Clinton.

Mr. Comey broke with longstanding tradition and policies by discussing the case and chastising the Democratic presidential nominee’s “careless” handling of classified information. Then, in the campaign’s final days, Mr. Comey announced that the F.B.I. was reopening the case, a move that earned him widespread criticism, said the New York Times (NYT). 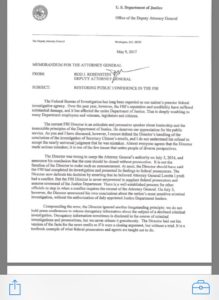 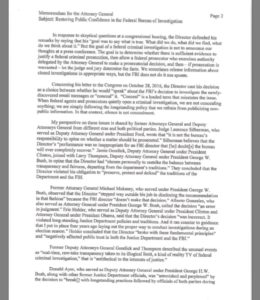 Trump said that he does not believe that Comey is able to “effectively lead the Bureau.”

Officials at the F.B.I. said they were not immediately aware of Mr. Comey’s dismissal, which Mr. Trump described as effective immediately, reports NYT. 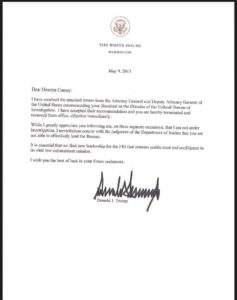 Fox News reporter Brooke SIgnman tweeted out that sources tell her Comey may have been terminated because many rank and file lost confidence in him, and that he is perceived as “too political,” according an FBI source.

An FBI source tells me many rank and file lost confidence in Comey, and that he is perceived as "too political"

Comey, 56, was nominated by President Barack Obama for the FBI post in 2013 to a 10-year term. Praised for his independence and integrity, Comey has spent three decades in law enforcement and has been no stranger to controversy.

The Death of the American Dream: Part 2