President Donald Trump recently launched a missile strike on a Syrian military field in response to a chemical attack on the town of Idlib. Trump’s Administration claims to have proof of Syrian President Bashar al-Assad‘s involvement.

To say the move is controversial is an understatement. The extent of the political fallout cannot be measured yet, but a state of unrest is brewing. Russia says the strikes violates international law, and will “inflict major damage” on U.S.-Russia relations. Domestically, many in Congress feel betrayed by the usurping of war powers by the president.

One of the most interesting responses to this ordeal is the admiration Trump is receiving for his intervention. Even now, Trump is being lavished with praise for his execution of justice. Supporters are applauding him for doing the “right thing” and seeking restitution for the children killed in the sarin gas attacks.

Even if the president’s attack on Syria was justified, it was ultimately an act of military aggression against a sovereign nation state without the permission of Congress. Senator Rand Paul sharply criticized the action, reiterating that “the Constitution clearly states that it is Congress that has the power to declare war, not the president.”

This missile strike was illegal. No doubt. Despite the legality of the president’s actions, though, he is being commended for doing something about the Syrian problem.

The whole debacle is strikingly similar to the exploits of Batman and other vigilantes. Despite operating outside of the law, the vigilante is often praised as a problem solver that is too noble to wait upon the law.

Batman’s complex moral standing is explored in Christopher Nolan’s The Dark Knight Trilogy. Our hero’s city is falling into urban decay thanks to corruption on every level. Seeing the downfall of his city, billionaire Bruce Wayne becomes Batman, an instrument of justice in a growingly unjust environment. The parallels to billionaire Donald Trump seeking office to “drain the swamp” are plain here.

Continuing this comparison, one could argue that Trump’s illegal actions, like those of Batman, are necessary. Taylor Marvin certainly views Batman this way, declaring “if Gotham’s legitimate institutions could guarantee stability, Batman would have no reason to exist.”

Supporters seem willing to fudge the rules to allow their hero to “get things done” where the system cannot. When their champion is criticized, they plant their feet on what they believe is the moral high ground.

Jonathon Wilson from The Artifice expands this idea, writing that “Batman is considered an outsider because, instead of going through the proper channels and managing the situations he finds himself in with a certain amount of decorum, he mercilessly deals out his own brand of vigilante justice.”

The current president was elected in part because he is an outsider that threatens the status quo of the elites. His message resonated with voters in 2016 and seems to have solidified support for his missile strike now.

Wilson continues justifying Batman, declaring that “down deep, many of us wish that we could rectify many of the societal problems that our governments are either too afraid, too inept, or too deeply invested in to change.” Similarly, it’s possible that many support Trump’s actions because they wish they could act themselves.

So, despite the technically illegal things Batman does, he’s ultimately doing good and bringing justice to a broken world. The same could be said of Trump’s missile strike. It’s technically illegal, but on the whole it’s a good thing. That is certainly how his supporters feel.

There is a dark side to the Dark Knight, though. Despite bringing justice to Gotham, the caped crusader destabilizes the city even further. Throughout the trilogy, Batman’s intervention escalates the threat and conflict facing Gotham. It begins with a struggle with his former mentor, Ra’s al Ghul, and ends in an all out war with Bane.

Why is it so destablizing? Because there are no restraints on Batman, save those he places on himself. There are no checks or balances on Batman’s actions because he operates alone. Ethan Gach from The League of Ordinary Gentlemen explains that Batman represents “a regime in which decisions are made unilaterally and enforced to their fullest extent.”

Unchecked power has the ability to do whatever is necessary to “get things done,” something supporters praise Trump for. Gach highlights Batman’s unbridled power, saying that “in ‘wartime’ the gloves come off, and Batman, as the dirty hands of the state, can torture, brutalize, and commit intrusive acts of surveillance at will.”

Legality isn’t necessarily morality. However, enacting violence outside the proper channels, whether on the streets of Gotham or the runways of Syria, is illegal for a reason. Despite successfully retaliating against wrongdoing, it ultimately fails in keeping peace.

Trump, like Batman, can be working towards a noble goal. He can even serve justice that is morally justified. Allowing him to operate outside of the law is dangerous, though. To paraphrase Liz from Econgirl, vigilante justice can be morally and efficiently right. Does that mean it should go unpunished? No.

We may disagree on what should be done in Syria. Even so, we should be unified in opposing unilateral military actions from the president. Trump’s actions may seem noble and just, but allowing him to supersede the law only destabilizes our world even further. 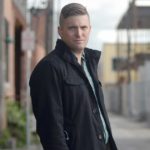