Democratic Sen. Patrick Leahy of Vermont has signaled he may not join the effort to filibuster Judge Neil Gorsuch’s nomination to the Supreme Court, depriving Senate Democrats of a powerful voice in the marquee political fight of the spring.

Following the conclusion of Judge Neil Gorsuch’s confirmation hearings, Senate Minority Leader Chuck Schumer announced Senate Democrats would stage a filibuster. Senate rules require 60 votes to close floor debate on a nomination or piece of legislation. As such, a group of 41 senators can “filibuster” or prevent the chamber from closing debate on a particular matter and permanently stall action on that subject.

The senator told the VTDigger that he is “not inclined” to back Schumer’s play, but hastened to add he will not vote for Gorsuch’s confirmation once it reaches the floor.

“I do I think the end of the filibuster hurts everybody,” he added. “I was very reluctant to see us the use nuclear option, thought I don’t think we would have seen any of President Obama’s judges go through without it.”

Leahy, a veteran of the Senate Committee on the Judiciary, has backed several Supreme Court nominees appointed by Republican presidents, including Chief Justices William Rehnquist and John Roberts, and Justices Clarence Thomas and Antonin Scalia. Though he did not vote for Justice Samuel Alito, he also declined to join Senate Democrats in filibustering his nomination in 2006. Alito passed the cloture vote 72-28, and was confirmed 58-42.

“I don’t have a problem with a conservative judge, I’ve voted for a lot of conservative judges,” he told the paper. “But when you have somebody who won’t answer basic questions on everything from freedom of religion to presidential litmus tests, that’s very troublesome.”

Republicans could circumvent this procedural roadblock by simply changing the rules, and requiring only 51 votes to close debate on a judicial nomination — the so-called “nuclear option.” Former Senate Majority Leader Harry Reid took this step in 2013, when he led Democrats in abolishing the filibuster for lower court nominees. 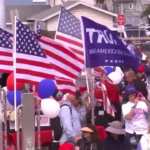 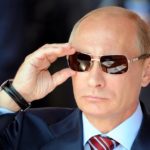